Arizona is facing a bunch of injuries, including its MVP candidate QB. But Seattle's got its own health concerns and doesn't match up too well. Can they be backed? Find out with our Cardinals vs. Seahawks picks for Week 11.

The Arizona Cardinals would prefer not to enter their Week 12 bye having lost three of four after starting the season 7-0 SU. Standing in their way are the Seattle Seahawks, who did not impress with Russell Wilson back at under center last week in a 17-0 loss to the Packers. Kyler Murray is trending in the right direction after missing the last two games, and while Arizona is a 2-point road favorite, that number is very dependent on Murray’s health.

Can the Cardinals shake off the rust and stay on top of the NFC West? Can Wilson and the offense get their mojo back? Find out in our picks and predictions for Cardinals vs. Seahawks on Sunday, November 21.

This game was ARI -1 on the look-ahead, but then opened at ARI -2 and has bounced around from -2 to -2.5. Murray’s health is the biggest factor in this line movement, as the ARI QB was limited this week after missing the last two games. This total has fallen from 50.5 to 47.5.

The Cardinals are 5-1 ATS in their last six meetings in Seattle. Find more NFL betting trends for Cardinals vs. Seahawks.

Cardinals vs Seahawks picks and predictions

The bye can’t come soon enough for the Arizona Cardinals, who are starting to fade with their Week 12 break on the horizon. Quarterback Kyler Murray is probable to start after missing the last two games, which is great news, as No. 2 QB Colt McCoy comes in as questionable as well. In Murray's absence, the Cards went 1-1 SU (1-1 ATS) and could use a boost to an offense that totaled 169 yards last week and will be without receiver DeAndre Hopkins this weekend.

Defensively, Arizona is banged-up on the front lines with Jordan Phillips, Corey Peter and Tanner Vallejo all questionable. However, if there were ever a time to be weak up front, it could be Sunday, as the Seahawks have some injuries on the O-line and the run game could be at a low point.

Pete Carroll may want to run the ball more, but it may be tough when he's lacking the personnel to do it successfully. Alex Collins was DNP at practice Thursday and Chris Carson comes into the meeting with the Cardinals’ soft run defense doubtful as well. Seattle could be playing with an unimpressive backfield of Rashaad Penny, DeeJay Dallas and Travis Homer. Combined, the trio has just 121 rushing yards on the season and is running behind an O-line that managed just 76 yards against the Packers’ No. 30 rush defense last week. Carroll is one to never abandon the run and if he sticks with a mediocre run game, the Hawks could see plenty of third and longs and continue to struggle to pick up third downs, as they rank 29th in third-down percentage this season.

Both offenses were not at their best last week, but the difference was that it was Colt McCoy vs. the Panthers, while Russell Wilson failed to put up a single point against the Packers’ bottom-five success rate defense. Wilson finished with 4.0 yards per pass on 20-of-40 passing and looked bad in his first start back from a serious hand injury.

Over their last five trips to Seattle, Arizona has yet to close as the favorite, but things have changed this week, as even a shorthanded Cardinals team without Hopkins and Chase Edmonds is laying points. With no run game and a QB who looked awful after returning quickly from a torn tendon in his throwing hand, the Seattle offense could be in trouble. This Arizona team was -10 last week with McCoy and we’re riding the favorites at -2 Sunday.

This total has tumbled heavily, all the way from 50.5 at opening, to 47.5. This is likely as low as it goes. This will be the lowest total Murray has seen all season, but is it still worth the Under after all the movement?

The Seattle offense scares us if you haven’t already gotten that vibe. Possibly without Carson and Collins, the running game that's averaging 3.4 yards per carry over its last three games could be even worse Sunday. Starting tackle Duane Brown is highly questionable and compounds the problem further. The Cards are one of the worst run defenses in the league, but this might be the easiest task they’ve had since Week 9, where they held the Texans to 42 rushing yards.

It also makes us think that Murray could be less than 100 percent due to the injury to McCoy. Murray didn’t look great in his last start versus the Packers before going down, and if Wilson suggested anything last week, it's that if players aren't at 100 percent in this league, it’s hard to be successful.

The loss of Hopkins isn’t a huge deal here, as he's missed the last two games and was hurting in Weeks 7 and 8. The Cards are deep at the position, but without Edmunds in the mix, they lack big plays from the backfield, as James Conner is a plodder.

Both passing defenses suppress the long plays, as they each sit in the Top 5 in explosive passes allowed. So, with both teams unlikely to rip off big gains on the ground, two secondaries that stop the big play, and two injured quarterbacks, there might be a little meat left on this bone for the Under. The Under is 3-1 in the last four meetings.

Wilson had to take the majority of his snaps out of the shotgun last week in his team’s shutout loss to the Packers. That doesn’t sound like his finger is 100 percent healed. He came back two weeks earlier than expected, and despite his insane rehab process, the body can only heal itself so fast. Wilson’s throws were inaccurate and his longest pass went for 28 yards to Will Dissly. His final passer rating was the fourth-worst of his career.

We’re fading this offense until it proves us wrong. DK Metcalf has topped 60 yards just once in his last four, the running game could be stagnant with Collins and Carson possibly both out, and the Cards own a Top-10 pass defense.

Of course, there are injuries to Arizona on the defensive side of the ball (most notably J.J. Watt) but the linebackers are getting healthier and this unit is still allowing 18.9 points per game across 10 games. After scoring zero points versus the Packers’ No. 26 defense by success rate a week ago, we’re riding the Seattle fade train in Week 11. 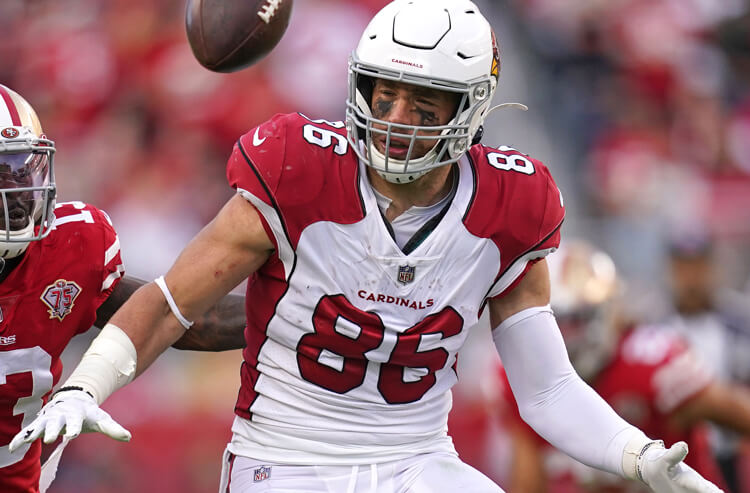