The Titans have been slaying giants all season long, including wins against the Bills, Chiefs, and Rams. However, they face Houston as 10.5-point favourites in a game that's showing all the signs of a letdown. This and more in our best Week 11 spot bets. 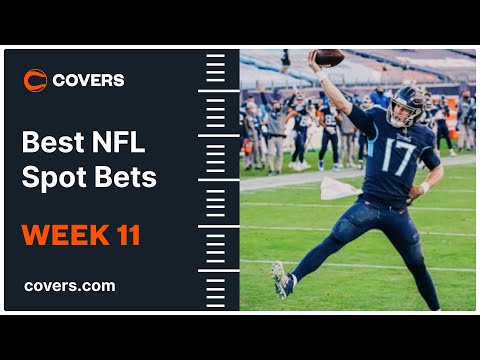 As the 2021 season takes its toll on NFL teams, bettors have to keep a close eye on the potential situational boobytraps laid out by the schedule.

Even when the odds and advanced metrics say otherwise, a nasty situational spot can abruptly send even the best teams reeling – as evidenced by last week’s top “schedule” spot which pinpointed the Ravens' rough return to the road for the first time in almost 40 days.

What does Week 11 have in store for situational handicappers? We take a look with our favorite NFL spot bets: letdown, lookahead, and schedule.

The Titans have been fighting for their lives since early October, running through a murder’s row of quality foes. Tennessee rides a six-game winning streak into Week 11 with five of those victories coming against Buffalo, Kansas City, Indianapolis, the L.A. Rams, and New Orleans. Those teams are all .500 or better and boast a combined record of 29-18 SU, as of L.A.'s MNF matchup.

You’d forgive the Titans for taking it easy this Sunday, given that the terrible Texans are on tap – unless you’re laying the lumber with Tennessee, which is as big as -10.5 for this AFC South showdown. The Titans have battled especially hard the past two games, playing without RB Derrick Henry, and are ripe for a letdown at home. On top of that, Tennessee is just 2-5 ATS as a home favorite of more than a touchdown since 2010.

Houston is horrible but coming off a bye with plenty of time to prep for this divisional game. The last we saw of the Texans, QB Tyrod Taylor was throwing three interceptions in a rough 17-9 loss to Miami in which Houston actually out-yarded the Dolphins on offense. Houston has been a double-digit dog four times this season, going 2-2 ATS in those games.

A meeting with winless Detroit couldn’t come at a better time for the Browns, who were spanked 45-7 by New England in Week 10 and have just two victories in their last six showings. Despite that panic, however, Cleveland could get caught looking past the lowly Lions and to a Week 12 war with Baltimore.

The Browns at 5-5 are still very much in the mix in the AFC North standings, with Baltimore losing last Thursday and Pittsburgh settling for a draw with Detroit in Week 10. That divisional dance with the rival Ravens could be the tipping point for this Browns squad – if it can get healthy for a late-season push. “If” being the key word.

Cleveland limps back home with QB Baker Mayfield nursing a knee injury and roster still dealing with COVID issues, which clouds the status of key players like RB Nick Chubb for Week 11. Detroit, on the other hand, is getting 10 points and has a taste for victory after smelling its sweet aromas in a rainy tie game with the Steelers on Sunday. Dan Campbell's team comes to play every game, despite that goose egg in the win column.

As of this writing, the 49ers still have a big home date with the L.A. Rams on Monday Night Football. That sets San Francisco up for a sticky schedule spot in Week 11, travelling across the country for an early 1 p.m. ET kickoff (10 a.m. PT) on a short week.

Not only does the schedule work against Kyle Shanahan’s guys this Sunday but the Niners could also get caught in the middle of a situational sandwich, with a letdown off a primetime rivalry game versus Los Angeles (win or lose) and a home stand versus Minnesota in Week 12, as both NFC teams push for playoff position.

Jacksonville is slowly improving, at least in the oddsmakers' eyes. The Jaguars have covered the spread in back-to-back games and are 4-2 ATS since Week 4. They followed their massive upset of the Bills with a pesky Week 10 effort against the Colts, losing 23-17 but covering as 10.5-point road pups. The Jacksonville defense has been behind this windfall, making strides since Week 6 and getting very stingy versus the run (-0.242 EPA per handoff since Week 6). 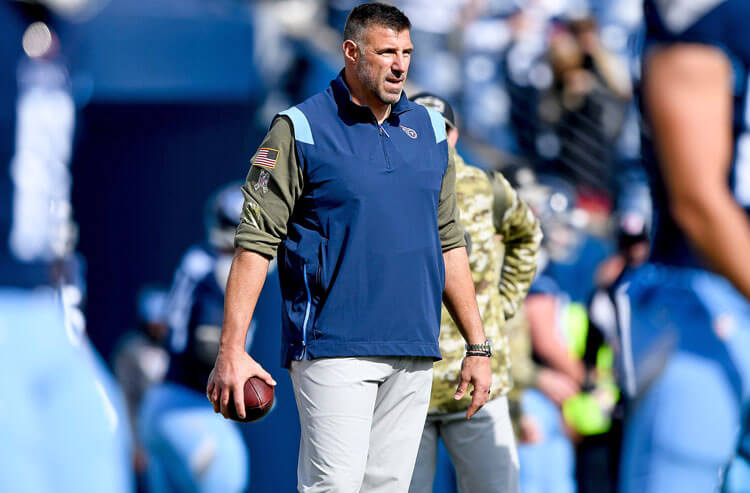