The Tampa Bay Buccaneers, despite losing two in a row, are double-digit favourites when they welcome the New York Giants in for Monday Night Football. Are they deserving of that big number? Our NFL betting picks don't think so. 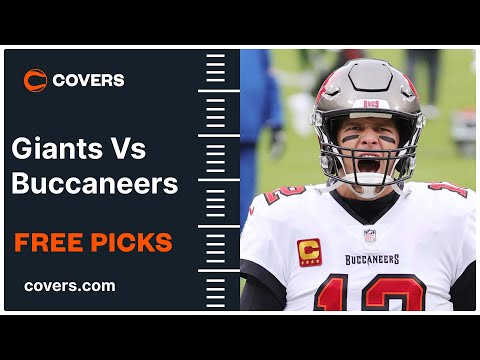 Tampa Bay is coming off back-to-back upset losses, while the Giants have covered the spread in three straight games. However, oddsmakers are expecting Tom Brady & Co. to bounce back, installing the Bucs as 11.5-point NFL betting favorites for this primetime affair.

Here are our best NFL picks and predictions for Giants vs. Buccaneers on Monday, November 22, with kickoff at 8:15 p.m. ET.

The line opened with the Bucs at -11.5 and the Over/Under at 50.5. Early money has come in on the Under, moving the total to 50. Use the live odds widget above to track any future line movements right up until kickoff and be sure to check out the full NFL odds before placing your bets.

The Giants are 21-6 ATS in their last 27 road games. Find more NFL betting trends for Giants vs. Buccaneers.

Giants vs Buccaneers picks and predictions

The Giants are 3-6 SU (5-4 ATS) and have won two of their last three games. Their sole loss during that span came on Monday Night Football three weeks ago when they lost on a last-minute field goal to the Chiefs, who were favored by more than 10 points.

New York is coming off a bye week, which could be helpful for an offense that has been trying to get healthy. Receivers Kadarius Toney and Kenny Golladay came back just before the break but should be closer to 100 percent, while running back Saquon Barkley is trending toward a return as well.

The Bucs won six of their first seven games to begin the season but have since dropped consecutive games to less than impressive foes. They fell 36-27 to the Trevor Siemian-led Saints in Week 8 then came back from a bye to lose 29-19 to Washington and Taylor Heinicke last week.

Brady threw two interceptions in each of those games and while it seems likely that he'll play more like his typical self on Monday night, the Giants' pass defense has looked good in their last two games. The G-Men faced teams that ranked second and third in the NFL in passing yards per game in the Chiefs and Raiders but did a great job at forcing turnovers and limiting deep plays.

The Bucs also rank 22nd in the league in passing yards allowed per game and that leaky secondary has made it tough for them to put away overmatched opponents, going just 2-5 ATS in their last seven games as a fave. Meanwhile, the Giants have been consistently undervalued by oddsmakers on the road, going 21-6 ATS in their previous 27 away contests.

The total for this game opened at just a shade over 50, which is a bit surprising when you consider that the Giants rank just 24th in the league in scoring with 19.9 points per game.

While the Bucs have a high-octane offense, Washington showed how to slow them down last week: keep them off the field. WFT controlled possession for a whopping 39 minutes in that contest and with the Bucs ranking just 24th in the league in opponent third-down conversion rate they might have a tough time forcing three and outs.

That said, while the Giants might be able to pick up chunk plays and first downs against this inconsistent Tampa Bay defense, New York ranks dead-last in the league in red-zone touchdown rate so punching it into the end zone won't be easy.

With the Giants going 18-7-1 to the Under in their last 26 games overall, expect this game to go below the total.

If the Bucs want to get into a rhythm on offense, they'll need to get running back Leonard Fournette more involved in the game. The former first-rounder rumbled for at least 67 rushing yards in four straight games from Weeks 4-7, averaging 80.3 rushing yards per game and 4.6 ypc over that span.

However, he totaled just 19 carries and 73 yards in Tampa Bay's last two games. That said, the Bucs have put their faith in Fournette, with backup Ronald Jones II getting just 10 offensive snaps and three carries in the last two games.

Fournette is still getting plenty of burn, receiving a snap share over 60 percent in those contests. Expect Fournette to take advantage of a Giants defense that ranks just 30th in the league in rush DVOA per Football Outsiders. 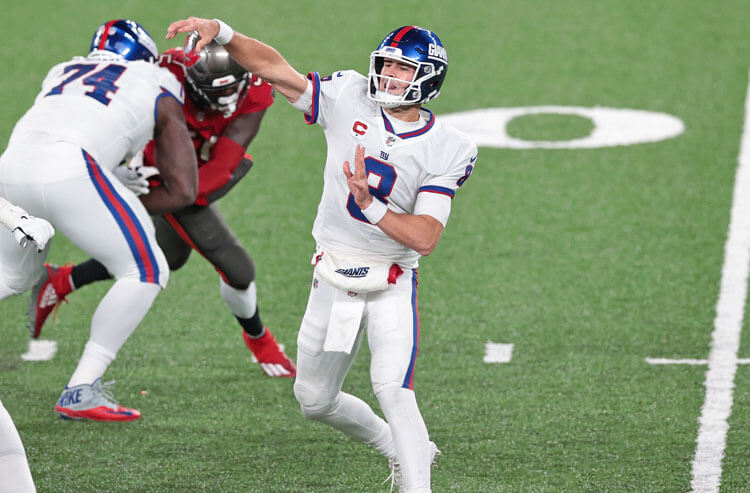