Sunday Night Football brings us an NFC North clash at Lambeau in Week 2, and we're all over an Aaron Jones receiving prop. Find out why we're backing the Green Bay RB to go Over his total through the air by reading our Bears vs. Packers betting picks.

The Chicago Bears enter this classic NFC North rivalry in rare air Sunday night. It's only Week 2 but the Bears own the better record of the two division rivals as they visit the Green Bay Packers.

Chicago stunned the San Francisco 49ers in a wet and wild home opener last Sunday, while Green Bay was blown away by the Minnesota Vikings. Those results, however, have had little impact on the point spread for this primetime clash. The total, on the other hand, has undergone notable adjustments.

We break down the spread and Over/Under odds and give our best NFL picks and predictions for Bears vs. Packers on September 18.

Bears vs Packers picks and predictions

Lost in Aaron Rodgers shooting the stink eye at his young receivers in Week 1 was a solid dual-threat day from the Cheeseheads’ pair of running backs. A.J. Dillon and Aaron Jones combined for 94 yards on the ground and another 73 through the air, with Dillon notching Green Bay’s lone touchdown.

That receiving total could have been higher, given Jones caught three of five balls thrown his way for 27 yards. While Jones had only five carries to Dillon’s 10, he was used more in the passing game. With both RBs on the field, Dillon was in the backfield to set up play action in those rare two-RB sets, and Jones was lined up as a receiver on 13 plays and on the field for 29 of the Packers’ 38 passing snaps.

Chicago’s defensive efforts vs. San Francisco in Week 1 are a bit skewed due to the terrible conditions in the Windy City. The Bears slowed the passing game and didn’t give up many yards after the catch to a 49ers machine that thrives on YAC. But again, some of that has to do with the new turf on Solider Field turning into a Slip ‘N Slide.

Chicago will want to get after Rodgers and not allow him to get comfortable with time to hit home run plays, and that added pressure will have the Packers' QB hitting the release valve to Jones.

In two matchups with the Bears in 2021, Jones posted 30 yards on three catches and 34 yards on four receptions. His receiving yards prop for Week 2 is at 29.5, which feels too low considering his place within this passing game and his targets from Week 1.

A) Aaron Jones and AJ Dillon each Over 74.5 rushing + receiving Yards BOOSTED to +175 at Caesars! Bet Now

The lookahead line for this Week 2 game opener at Packers was -9.5 back in the spring, and action over the summer added up to -10 before the Week 1 results. Following the Bears’ win and the Packers’ loss, books re-opened this spread as low as Green Bay -8.5, and it was quickly bet up to as high as -10.5 before buyback on the Bears settled it at Packers -10.

Some shops are still dealing Rodgers & Co. as low as -9.5 as of Thursday afternoon. According to Covers Consensus, 59% of the early picks are siding with Chicago, while sportsbook operators like PointsBet are also reporting 65% of bets on the Bears. However, it was early big bets on Green Bay at the shorter spread that has added up to 65% of the handle backing the Cheeseheads.

The Over/Under for this divisional dance hit the lookahead odds board at 44 points in the spring and climbed subtly to 45.5 over the summer.

The re-open total accounted for the Bears’ hit-and-miss attack and Rodgers’ struggles with his targets and banged-up offensive line, coming out at 44.5. That number has since plummeted as low as 41 points at some sharper offshore markets.

Green Bay is 8-1 SU and 7-2 ATS as divisional hosts in Matt LaFleur’s three seasons with the franchise, including 3-0 SU/ATS mark hosting the Bears.. Find more NFL betting trends for Bears vs. Packers. 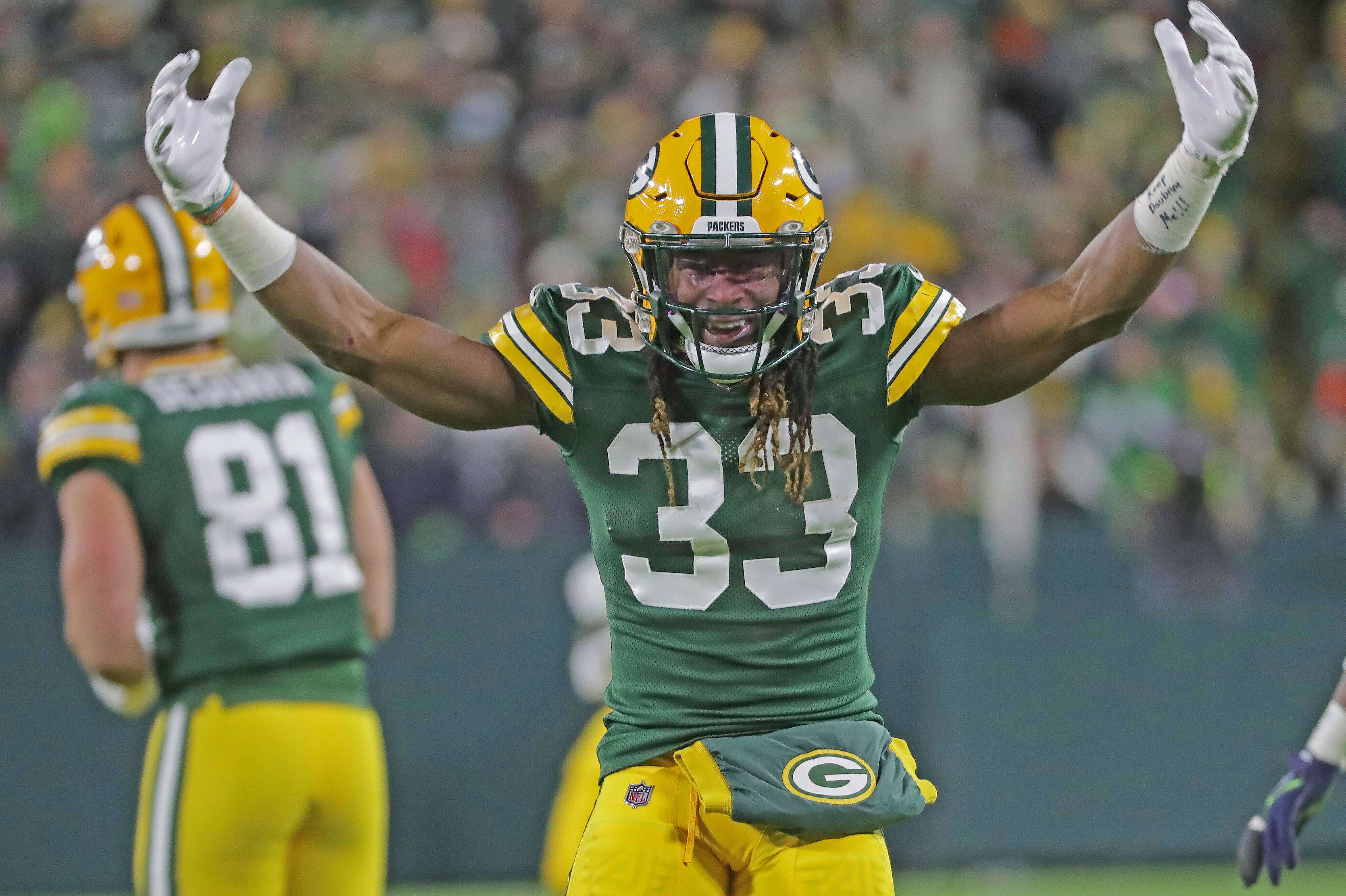