Brighton vs Arsenal Picks and Predictions: Firing on all Cylinders

The Gunners are starting to get their wits about them after an awful start to their Premier League campaign. Next on their hit list are the Seagulls — find out if the cannons will be clicking again with our Brighton vs Arsenal picks.

Arsenal look to continue a strong run of results, having won four in a row across all competitions. They face Brighton, who have only lost once in the Premier League this season and now sit sixth in the league table.

Can Brighton keep up their hunt to finish in the European competition spots, or will Arsenal continue to make up ground on them? Check out our Brighton vs. Arsenal tips and predictions.

Brighton will be wet and will have 60-degree heat amongst strong winds.

Earlier in the season, it looked like Arsenal were in crisis. A defeat on the opening weekend to newly promoted Brentford, followed by a 2-0 defeat to Chelsea and then a 5-0 thumping from Manchester City, all piled immense pressure onto manager Mikel Arteta.

The opposite has been the case for Graham Potter, who has been a media darling since he arrived at Amex Stadium. Brighton have won four of their six games in the league this season, drawing one and losing the other, 2-0 to Everton. Last season, Brighton scored just 40 goals in 38 goals, despite the xG metric identifying that they were expected to score 53.82 goals, which was the tenth-highest xG in the league. This season, the opposite is true: They’ve scored 8 goals despite xG indicating that they should only have scored 6.58. They’re now actually overachieving in terms of goals scored in stark contrast to last year.

It’s taken a while for Arsenal to click but they’re starting to look better at the back. It’s easy to point out at their fixtures since that Man City defeat, which include Norwich, Burnley and a struggling Tottenham Hotspur. Aaron Ramsdale is now starting in goal and the former Brighton man, Ben White, who moved to Arsenal this summer, is starting to fit into the Arsenal backline. Despite both expensive English stars stealing the headlines when they moved this summer, it’s Takehiro Tomiyasu, the Japanese defender who arrived from Bologna, who has really strengthened this team.

Brighton’s style of play is to dominate possession, something they’ve managed in five of six Premier League games this year, but against Arsenal they’re going to have to sit back and soak up the pressure that Mikel Arteta’s team will put upon them. Brighton are a good side and they’re entertaining to watch, but with Arsenal starting to find form, it’s hard to overlook the Gunners to take the three points here.

If Arsenal dominate possession and force their will upon Brighton, then it’s going to create periods of pressure in which Brighton will give up fouls.

Joel Veltman has been playing brilliantly since he returned to the Brighton starting XI, getting an assist in addition to the work he’s done defensively. What should be more concerning for Graham Potter is that Veltman already has two yellow cards in just three starts and one appearance off the bench.

Odds of +500 for Veltman to get another booking look very good given his previous record this season. With Arsenal’s attacking talent including Pierre-Emerick Aubameyang, Emile Smith-Rowe and Bukayo Saka, he’ll be facing some really skilful players who are blessed with pace as well as quick feet.

Arsenal’s opponents have given up five yellow cards in their last three Premier League games, and you’d have to think that Brighton will give up at least one booking. Given Arsenal’s recent performances and those of Joel Veltman, we have to take the +500 odds on Veltman getting booked here. 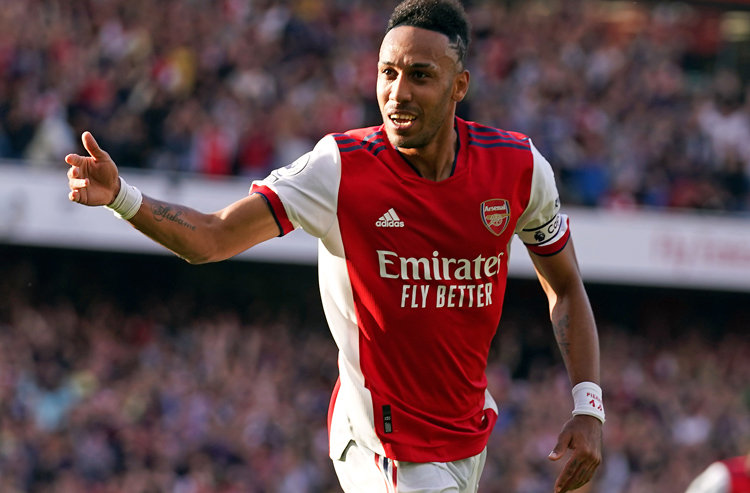 Brighton vs Arsenal Picks and Predictions: Firing on all Cylinders
Provided by

Liverpool vs Manchester City Picks and Predictions: Another Chapter in an Era-Defining Rivalry
Alistair Corp | Oct 1, 2021