It's the "28-3" rematch! Well, other than the teams involved, there are zero similarities between the 2017 Super Bowl teams and this year's Week 11 TNF matchup — as the Pats are good, Atlanta is bad, and our NFL betting picks expect New England to romp. 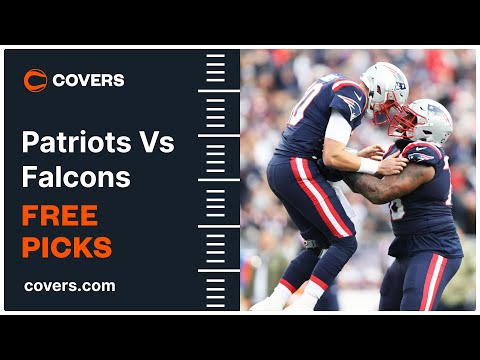 No one can mention a New England Patriots vs. Atlanta Falcons matchup without bringing up "28-3." But so much has changed since that historic Super Bowl that it seems unnecessary to bring it up anymore.

So, we won’t — because Atlanta has a whole new set of problems to be sad about. Despite a 4-5 record, the Falcons look like one of the worst teams in the NFL at the moment and are big NFL betting underdogs at home against Mac Jones and the Patriots, who are suddenly among the contenders in the wacky AFC.

Can New England keep rolling and cover a touchdown on the road tonight? Find out in our free NFL picks and predictions for Patriots vs. Falcons on Thursday, November 18.

The Falcons opened this matchup as 5.5-point underdogs but that number didn't last long. Early Patriots money has moved the line to 6.5 or 7 at the time of writing, depending on the sportsbook. Meanwhile, the total has been bet up from the opening number of 46.5 to 48. Use the live odds widget above to track any future line movements right up until kickoff and be sure to check out the full NFL odds before placing your bets.

The Patriots are 4-0 ATS in their last four games while the Falcons are 0-3 ATS at home this season. Find more NFL betting trends for Patriots vs. Falcons.

Patriots vs Falcons picks and predictions

Despite the fact the Falcons could have the same number of losses as the Patriots with a win on Thursday night, these two teams couldn’t be headed in more opposite directions if they tried.

New England has won four games in a row and five of its last six, with the lone loss coming in overtime against the Dallas Cowboys. The team is firing on all cylinders and coming off a 45-7 destruction of Cleveland last week.

Mac Jones has shown poise leading an offense that ranks 16th in DVOA. He is completing 65.2 percent of his passes for 861 yards with six touchdowns and just one interception during the Pats' four-game winning streak, but it’s the running backs that make the New England offense go.

The Patriots’ run game rank eighth in DVOA. Breakout running back Damien Harris gets hurt? No worries — rookie runner Rhamondre Stevenson stepped up to rumble for 100 yards and a pair of scores last week. It’s just what the Patriots do.

Now, they go up against a Falcons defense that just got eviscerated by the Cowboys 43-3. After that debacle, Atlanta’s defense now ranks 31st in DVOA and points allowed per game.

What makes this New England team really tough, however, is that the defense is even better than the offense. The Pats rank fifth in DVOA and are one of the NFL's best when it comes to causing turnovers.

That all equates to a long night for Matt Ryan, who will be lacking weapons as it sounds like Cordarrelle Patterson is a long shot to play in this one. If you can find a 6.5, go grab it, but even at -7, the Pats are the play here.

The Over is going to be a popular play here, thanks to the Patriots' offensive outburst last week combined with the Falcons' defensive deficiencies. But that might be a bit of an overreaction.

Yes, the Patriots are playing very well, but going on the road on a short week with a rookie quarterback is always tough and New England averages a mediocre 25.3 points per game away from Foxborough this season.

As noted, the Patriots are one of the best running teams in the NFL, they run the ball the ninth-most in the league, and when on the road no one runs the ball more than New England. And if there is one thing the Falcons defense is not terrible at... it's stopping the run: They rank 22nd in DVOA and 11th in opponent yards per rushing attempt.

Meanwhile, the Atlanta offense is struggling. It ranks 29th in DVOA and averages just 19.8 points per game this season. And now it sounds like Matt Ryan and Kyle Pitts will have to do all the heavy lifting in a game against a defense that has allowed just 50 points combined during its four-game winning streak. This game has a real 27-13 feel to it.

We are doubling down on the Falcons offensive issues in this one. Matty Ice only has one real weapon in this game — Kyle Pitts — and Bill Belichick has made a career out of taking away a team’s best weapon. Plus it doesn’t help that Ryan is having one of the worst years of his career.

Ryan has struggled with consistency this season. He has hit 300 or more passing yards four times this year — but in the other five games, he is averaging just 190.6 passing yards per game and also has the lowest QBR of his career.

Now, he faces an elite Patriots pass defense that ranks fifth in DVOA and has only allowed more than 250 yards passing twice in their 10 games this season (one was Davis Mills, of all people). And in Ryan’s last two games against elite pass defenses (Dallas and Carolina) he went for 117 and 146 passing yards.

With a lack of weapons, we’re betting Ryan struggles to move the ball through the air once again. 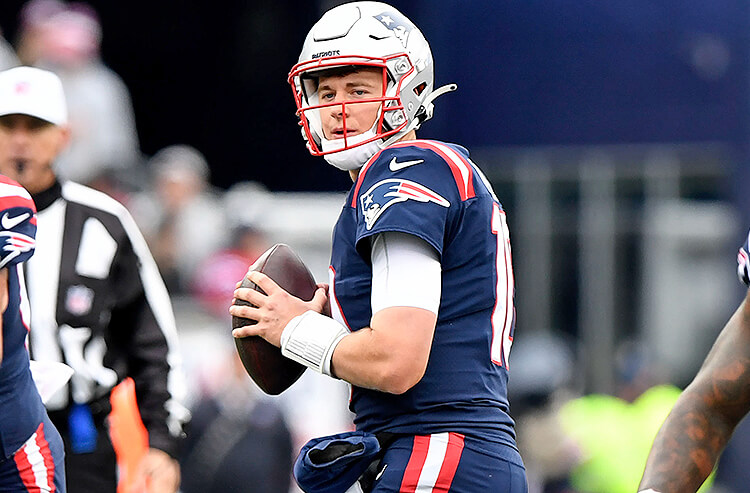