For those smart enough to keep Tennesee tucked away this deep into the season, this might be the week for you to cash in. We give you the best options of making it through a tough Week 11 slate, including a letdown spot you should stay away from.

In a week in which most of my football bets crashed and burned, my NFL Survivor Pool picks were spot on. It’s hollow consolation since my survivor season went up in smoke many moons ago, but we’ll take the positives where we can get them at this point.

We told you to take the Colts with our “smart” pick and Buffalo with our “safe” selection, and also warned you about the Steelers laying an egg against the Lions. And with ties serving the same as loss in survivor pool rules, we hope you heeded that warning.

With that back-patting out of the way, we get right into our Week 11 Survivor Pool Picks.

Week 11 has some tight contests and by this point in your survivor pool season, you probably don’t have many high-tier teams left to choose from. With that in mind, we present: the Miami Dolphins.

We featured the Fins in this spot back in Week 9 (vs. Houston) but if you balked on buying into Miami then, you have a second shot at the Dolphins in Week 11. They’re visiting the New York Jets, off an upset win over the Baltimore Ravens last Thursday.

Some may worry about a letdown, but Miami has enjoyed a mini bye to heal up and game plan for this AFC East grudge match. Brian Flores’ defense has also been plenty dangerous in recent weeks, recording four interceptions and three fumbles recovered the past two games.

The Dolphins boast an implied win probability of 62.96 percent this Sunday, which ranks behind some of the other more one-sided contests but those likely feature teams poolies pissed away early in the year. Only 2.1 percent of players are selecting Miami this Sunday as well. The Fins do have a later date with the Jets at home on December 19, so maybe you wait on Miami but let’s not try to get too smart. Just survive.

The Titans have jumped from frying pans into fires the last five games, taking on some of the NFL’s elite, and now get a change in intensity with a home date versus Houston in Week 11.

Tennessee holds a win probability of 84 percent and while the risk of a letdown looms with such a drastic shift in focus, the Titans should extend their winning streak to seven games. Or at least survivor pool players hope so, with more than 38 percent of Week 11 selection taking the Titans.

Smart survivor pool players would have been saving Tennessee for this late-season selection, as the AFC South schedule serves up two meetings with Houston (Week 11 and Week 18) and one more run-in with Jacksonville (Week 14) before the end of the year.

Here’s a look at the Top 5 favorites, in terms of moneyline odds and implied probability, for Week 11:

The 49ers sure did look good roughing up the Rams on Monday Night Football, but now they have to cross the country on a short week for a 1 p.m. ET kickoff in Jacksonville this Sunday. The Jaguars are playing their best football of the season and have a taste for upsets after stunning Buffalo two weeks ago.

San Francisco enters with a win probability of 75 percent – fifth highest on the Week 11 board – and is among the popular survivor pools picks with 7.5 percent of players giving the Niners the nod. The Niners do hold some solid future value down the road with home stands against Atlanta and Houston on tap.

With the way things have trickled down the past few weeks, San Francisco is by no means a safe bet, especially in a tough situational letdown and schedule spot this Sunday. 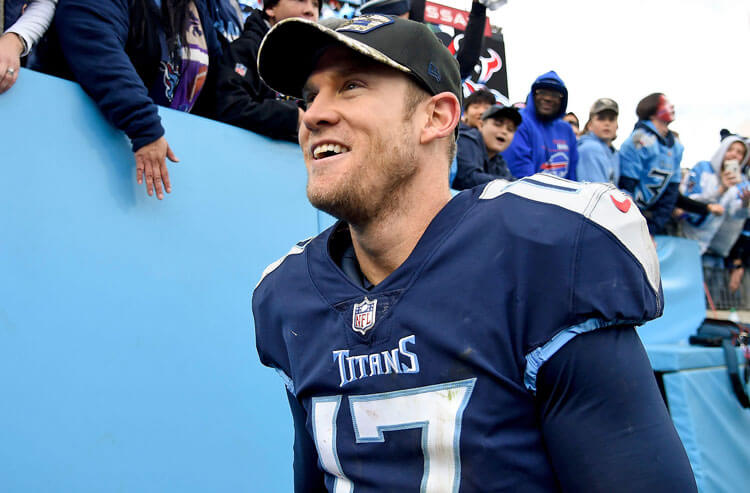 NFL Week 11 Survivor Picks: It's Time To Pull The Tennessee Trigger
Provided by