Jacksonville and Las Vegas kick off the preseason on Thursday in Canton. We'll back the Jags and their better QB depth, with rust playing a factor in the total going Under. Read more in our Jaguars vs. Raiders betting picks. 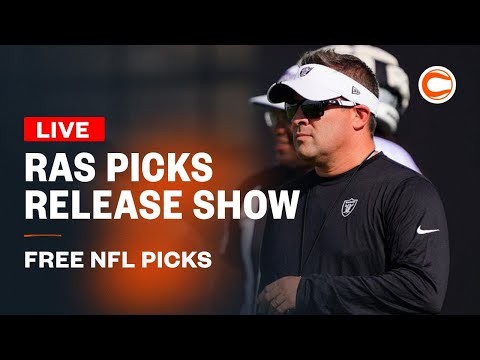 The first taste of NFL preseason kicks off Thursday night as the Jacksonville Jaguars and Las Vegas Raiders will meet in the Hall of Fame Game in Canton, Ohio.

Neither team is expected to play many starters, and we’ve already seen some sharp money drop the total significantly. However, even with Trevor Lawrence not playing and backup C.J. Beathard out (groin), do the Jaguars still have some underappreciated talent at quarterback in Jake Luton and Kyle Sloter?

Find out in our free NFL picks and predictions for Jaguars vs. Raiders.

The Jaguars opened as -1.5 favorites, but this game has pretty much been a pick'em with some books varying slightly. The total opened at 33.5, then saw some sharp money on Tuesday that moved the number from 32.5 to 30.5. The average closing total in the last 10 HOF games has been 29.3.

A) Jaguars to win BOOSTED to +125 at PointsBet! Claim Now

The Under has hit in nine of the last 16 HOF games. Find more NFL betting trends for Jaguars vs. Raiders.

Jaguars vs Raiders picks and predictions

As of Tuesday afternoon, we know Jacksonville quarterbacks Trevor Lawrence and C.J. Beathard won’t suit up for the Jaguars, and neither will running back Travis Etienne. Those absences aren’t alarming, and I doubt the Raiders will throw out their best starters either, as Derek Carr didn’t play a single preseason snap at all last season.

#Jaguars coach Doug Pederson announced that QB Trevor Lawrence and RB Travis Etienne won't play in the Hall of Fame game on Thursday. Expect the #Raiders to be on the same page with several starters watching from the sidelines.

As the Jaguars only have two active quarterbacks who will be auditioning for the No. 3 QB role, we know that Jake Luton and Kyle Sloter will get all the minutes.

Quarterback play is the most important role in these preseason games, and although the Jags will be down to options No. 3 and 4, I’m still high on the slight underdog.

Luton and Sloter both have NFL experience, but the recently signed Sloter has plenty of athletic talent and could create some offense late in the game versus the Raiders’ worst defenders.

Sloter’s value in the pricing might be the biggest edge we have in this game. Although the former undrafted QB hasn’t played an NFL snap in the regular season, he has shined in any preseason actions he’s received. Balling in the fourth quarter is nothing new to the recently acquired Jacksonville QB.

From 2017 to 2019, the former collegiate wide receiver went 111-for-150 passing for an absurd 74% completion rate, with 11 touchdowns to one interception. He just finished a season with the New Orleans Breakers of the USFL and was with the Minnesota Vikings a season ago. Sloter comes into the HOF game hungry and in mid-season form, compared to his competition that just put pads on last Wednesday.

If the Raiders start Nick Mullens, then Sloter could be facing Jarrett Stidham or undrafted rookie Chase Garbers. With both teams sporting new head coaches and offensive coordinators coming into the season, we could be in for some sloppy football which makes sense when we've seen the total crash from 32.5 to 30.5, based on some sharp money hitting the market.

But with all the hype around Las Vegas head coach Josh McDaniels’ homecoming to Ohio and the Raiders leaving camp early to get in their tour of the Hall of Fame, I’m happy taking the Jags. This is a team with a new lease on life compared to last season, and I also think they're more stable at QB — especially late — with just two players taking snaps.

There was a lot to like on the Under 32.5, which was available Tuesday morning. Both teams are under new head coaches and have new offensive coordinators. Most starters won’t see the field with padded practices starting just a week ago, and the weather could cause some ugly football to be played in suboptimal conditions.

The forecast for the HOF game isn’t ideal. Temperatures will be in the mid-80s at game time with more than a 50% chance of precipitation and double-digit winds.

With these conditions making things even more difficult for backup players learning new systems, it's no wonder we saw sharp money hit the Under 32.5 on Tuesday afternoon, sending the total to 30.5 across the board.

Hitting anything Under 31 is a real coin flip, as poor offensive play and bad weather can create short fields for opposing offenses when teams go three-and-out in their own end. Add in an abbreviated playbook thanks to the first game of the season, and I’m not expecting teams to sustain long drives on Thursday night.

Whether he likes it or not, penalties are crippling to sustaining offensive drives and even more so in the preseason with a lack of talent. During the regular season in 2021, a penalty resulted in a punt on 40.3% of offensive drives and 33.6% without an infraction, per Warren Sharp. We can assume a higher number here with the backups on Thursday.

Once the possibly poor weather conditions become more of a talking point on Wednesday night and Thursday morning, I wouldn’t be surprised to see this total dip a little more south as some books are at Under 30.5 at -115 on FanDuel.

However, with such a small margin for error — one touchdown per half for each team and a field goal for 31 points — we’re staying off the Under but are well aware the sharp money was on the Under 32.5.

There are a few things I’ve come across that have me staying away from the Raiders.

The first is the aforementioned “learn to not lose before you win” mentality that McDaniels is instilling early in camp. That sounds more like a long-term plan that could have fringe players more concerned about making mistakes.

as a whole I think both sides of the ball are trying to do the right things, we're just not there being able to do it over and over again consistently...which he said isn't out of the ordinary for this time of year...

talking about the offensive line here

Thirdly, the Jaguars using two competent QBs for the game could be an advantage as the Raiders could be mixing in three signal callers. Getting reps and knowing you could be playing upwards of two quarters is an advantage for Luton and Sloter.

Sloter’s impressive preseasons in the past (74% completion rate and an 11:1 TD/INT ratio) and the fact he is coming off of Spring ball in the USFL also give him and the Jags’ offense an edge in the later quarters with Luton starting.

Finally, the media has turned this into a story about McDaniels coming home to Ohio, and “to mark the event, the Raiders are leaving a day earlier to take a tour of the Hall of Fame.”. The Jaguars practiced at home until Wednesday before making the trip to Ohio. 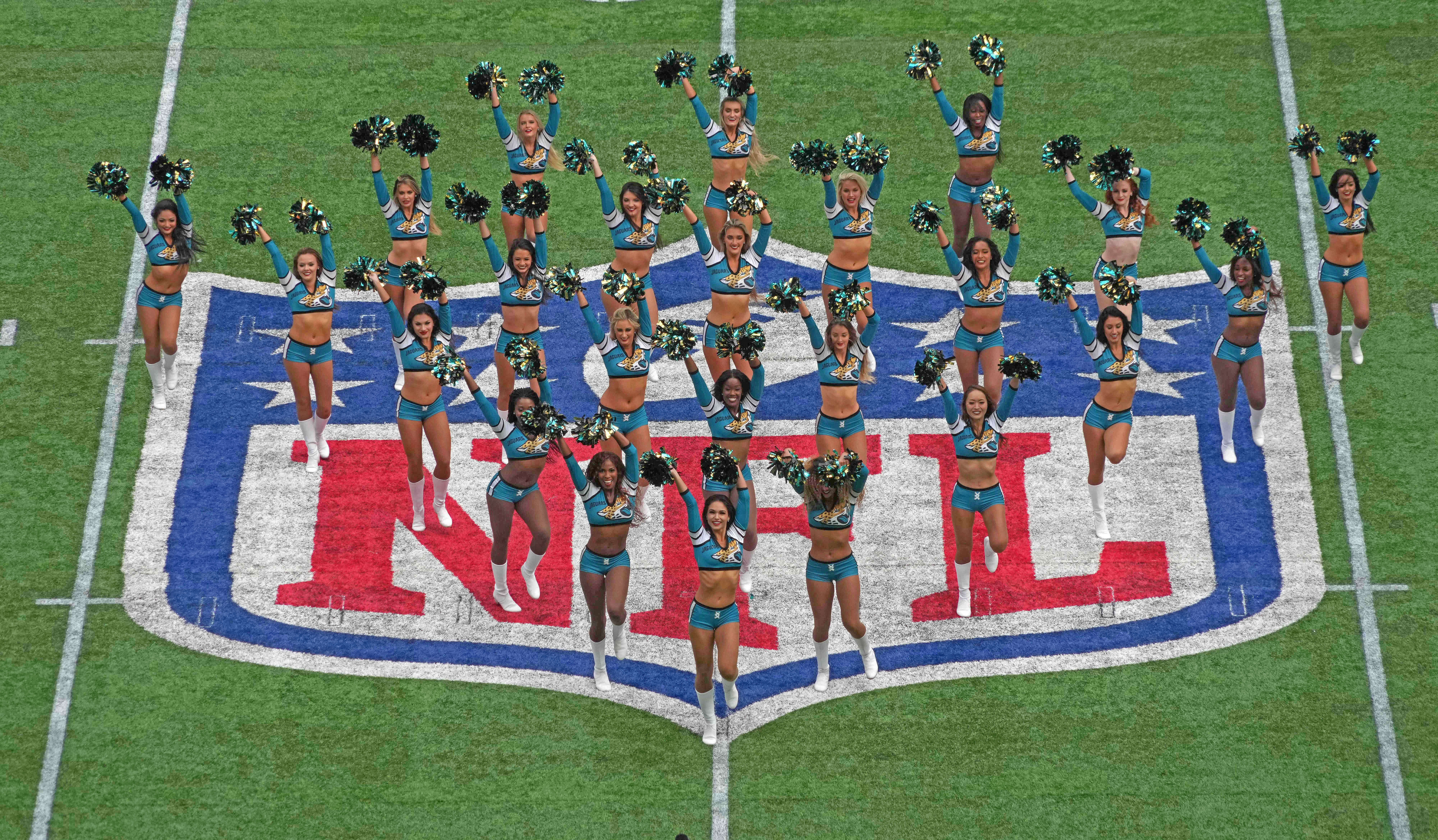