Kansas City's struggles are well documented, but the Giants might not be able to take advantage of them the way other teams have. Get the breakdown for Monday Night Football betting with our Giants vs Chiefs picks. 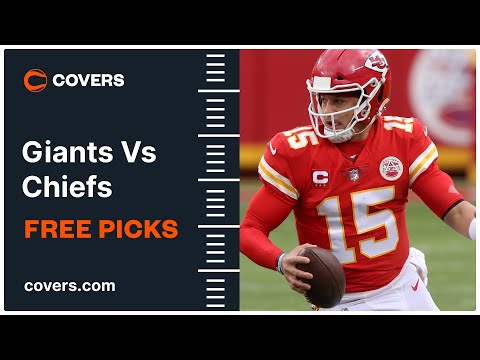 Monday Night Football in Week 13 features a battle between a pair of sub-.500 teams as the New York Giants face the Kansas City Chiefs at Arrowhead Stadium.

While it was expected to be another up-and-down season for the G-men, the Chiefs entered the season as the Super Bowl favorites but have gotten off to a rough start. Nonetheless, the Chiefs are big favorites for this contest, with NFL betting lines installing them as 9.5-point favorites.

Here are our best free Giants vs. Chiefs picks and predictions for Monday Night Football on November 1.

The line for this game opened with the Chiefs at -10 and the Over/Under at 52.5. As of Friday afternoon, the line has dropped to -9.5 at most books while some books have seen the total tick down to 52.

The Chiefs are 6-2 ATS in their last eight games following a straight-up loss. Find more NFL betting trends for Giants vs. Chiefs.

The Giants are coming off a 25-3 victory over the Panthers to improve their record to 2-5 SU (3-4 ATS). That was a big victory for a New York squad that was missing a ton of talent at the skill positions, including running back Saquon Barkley and receiver Kenny Golladay who will be out again on Monday.

The Chiefs are fresh off a 27-3 beatdown at the hands of the Titans, dropping their record to 3-4 SU and 2-5 ATS this season. Chiefs Pro Bowl quarterback Patrick Mahomes left that game in the fourth quarter after getting rocked by a sack, but he passed concussion protocol and is expected to play on Monday night.

Mahomes hasn't looked like his usual MVP self this year, turning the ball over 10 times while posting career-low numbers in yards per attempt (7.6) and QBR (64.0).

There are several reasons for this, with teams choosing not to blitz Mahomes, instead dropping multiple defenders into coverage. Opponents have gotten away with that approach because they've been able to pressure without blitzing due to the poor play of Kansas City's offensive line.

However, the Giants struggle to bring the heat on opposing QBs, ranking just 29th in the league in pressure rate. And while they shut down a mediocre Panthers passing game last week, they were near the bottom of the league in pass defense DVOA before that contest.

Mahomes may be struggling, but he's still worlds better than Sam Darnold and PJ Walker, so expect a bounce-back performance from him and the Chiefs. Meanwhile, Daniel Jones and the Giants' banged-up offense won't be able to keep pace. Take Kansas City to win and cover.

Kansas City has a high-powered attack and an awful defense, but this total looks a tad too high when you consider the Giants' lack of offensive weapons. The absence of Barkley and Golladay hurts and even if Shepherd and Toney return to action, Jones will have his work cut out for him behind a patchwork offensive line.

The Giants may have won last week but totaled 199 net passing yards while their ground game generated just 3.0 yards per rush attempt. They rank 27th in the league in offensive DVOA and average just 19.9 points per game.

On the other side of the ball, the Giants defense will likely try to emulate the success of other Chiefs foes by trying to keep plays in front of them, forcing the Chiefs into longer drives as opposed to quick scoring plays.

Mahomes also needs to cut down on his turnovers and stop forcing plays that aren't there. Expect him to adopt less of a gunslinger attitude moving forward and be more careful about picking his spots. With the Under going 11-3-1 in New York's last 15 games, back it again on Monday night.

Chiefs running back Darrel Williams was bottled up last week, with the game script resulting in just five carries. However, he still caught four passes for 30 yards in the passing game.

The Over/Under for Williams' receiving yards is set at 16.5 for Monday night, a total he has surpassed in three straight games since starter Clyde Edwards-Helaire suffered a knee injury. Williams has been dominating the snap count in the Chiefs backfield and has been targeted at least four times in the passing game in each of the last three weeks. 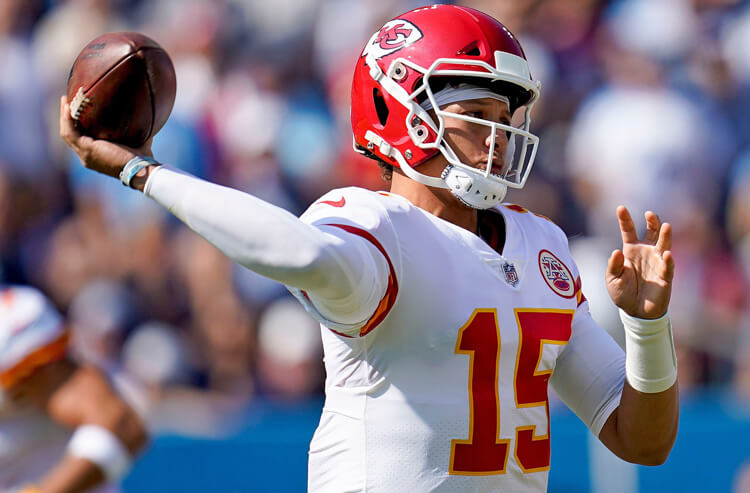