Carolina was stomped by a Giants team without basically their entire offense, while the Falcons have won three of their last four games. Atlanta opened less than a field-goal favorite against the Panthers in Week 8 — grab that spread now! 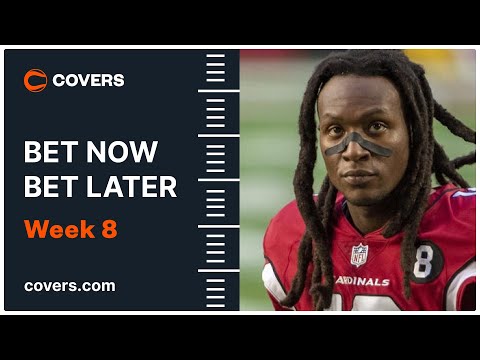 Week 8 of the NFL season says goodbye to October with the bulk of games going down on Halloween night.

When it comes to NFL betting, one of the scariest things is missing out on the best of the number, but we help put those fears to rest by helping you time your wagers wisely. These are our best NFL betting tips for the spreads and totals to bet now and the best lines to bet later.

Don’t look now but the Falcons are on a run with back-to-back victories and wins in three of their last four outings. Atlanta has a good shot of extending that success in Week 8, hosting the hapless Panthers who have dropped four in a row after opening the season 3-0.

Carolina let a big opportunity to end that skid slip away versus the Giants this Sunday, taking on a New York squad riddled with injuries to its top skill players. But the Panthers defense couldn’t slow the patchwork G-Men (giving up 25 points) and the Carolina offense under Sam Darnold was trash. Things got so bad, Darnold got the hook in place of backup P.J. Walker.

Panthers head coach Matt Rhule told the media that Darnold will start in Week 8, which means we’re rushing to the window to bet on the Falcons under the field goal. This spread opened Atlanta -2.5 and the vig is sitting -115 – a green light for a move to -3 or higher.

I know how bad Dallas fans can be when the team is winning. Trust me, I am one. This spread opened Cowboys -1, with Dallas coming off a bye and playing on the road in Minnesota for Sunday Night Football, and it’s already up to -2 with early play on America’s Team.

The Vikings are also coming off a week’s hiatus but haven’t been as impressive as the Cowboys to start 2021. Minnesota is 3-3 SU and could be 6-0 as easily as it could be 1-5, with five of its games decided by one score. The Vikes have a potent – yet inconsistent – offense and the defense has underperformed against lofty expectations so far this season.

Crazed Cowboys fans will push this spread towards a field goal, so if your money is on Minnesota you may want to wait and see how high this spread runs before getting down. U.S. Bank Stadium is a tough place to play, with Minny going 39-20 SU and 35-23-1 ATS (60%) at home in the regular season since Mike Zimmer took over as head coach (since 2014).

Editor's note: this section was written prior to news that Packers WR Davante Adams and others were placed on the reserve/COVID-19 list

After some real Thursday night stinkers, football bettors get a marquee midweek matchup when the Packers come to Arizona in Week 8. This total opened at 52.5 points and is quicky swelling in size, getting as high as 54 just an hour after opening.

The move on the total is kind of a no-brainer. Arizona has scored at least 31 points in six of its seven games so far this year, while Green Bay has a high-flying passing attack and Aaron Rodgers loves to play on the fast indoor track.

If you're taking the Over on the Thursday total, jump in there now and see if you can get it below the 54 points. Sharps may buy back the Under after the initial move, but the public loves primetime Overs and the pregame hype will sell a shootout in the desert, so bet the Over now.

This total is starting to tick down, with the Bengals boasting a solid defense and the Jets failing to score more than 20 points in five of their first six games. On top of that, New York rookie QB Zach Wilson left Sunday’s loss to New England with a knee injury and his status for Week 8 is up in the air.

The number opened at 44 and is down to 43.5 points about an hour after posting. However, with the way the Cincinnati offense is rolling, Joe Burrow & Co. might just top this total by themselves. The Bengals scored 41 points against the Ravens defense in Week 7 and now faces a Jets stop unit coming off a 54-point ass waxing at the hands of the Patriots.

If Wilson is ruled out, there will be an overreaction to his absence. But there’s not much difference in worth to the spread or total between him and backup Mike White at this point. If you like the Over, play the waiting game and strike when this number hits 42 points or lower. 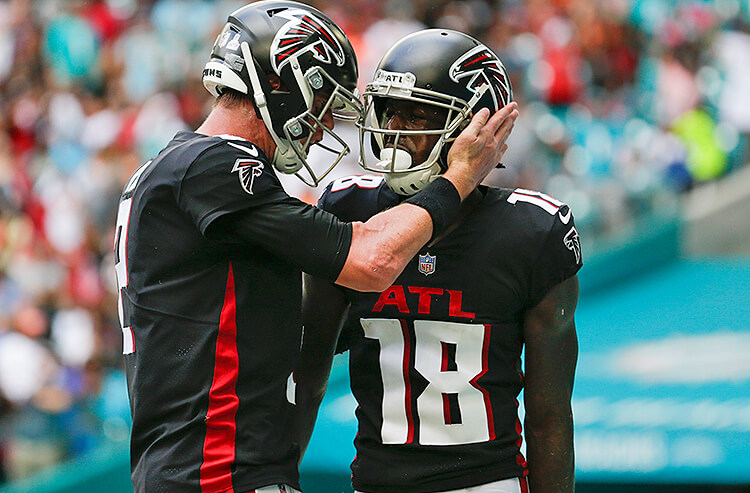 NFL Week 8 Bet Now or Bet Later: Pounce On Fading The Panthers vs Falcons
Provided by