Without key players on both sides of the ball, the Buccaneers head to Philadelphia to take on the Eagles on a short week. Our NFL betting picks highlight how Tampa Bay can overcome its injuries on TNF. 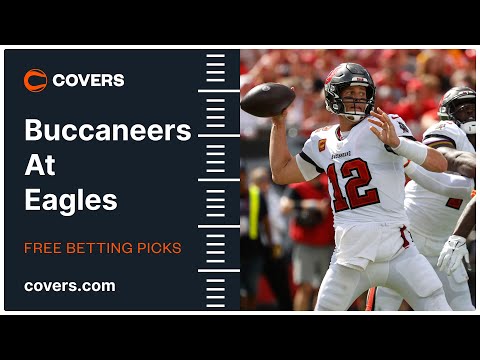 We have an exciting quarterback battle on deck for Thursday Night Football, as the defending champion Tampa Bay Buccaneers pay a visit to the Philadelphia Eagles.

The GOAT, Tom Brady, will be picking the Eagles apart from the pocket as he meets a dynamic sophomore in Jalen Hurts, in what is quite a contrast of styles.

Tampa Bay is giving nearly a touchdown as NFL betting favorites after bouncing back from a sloppy game in New England to destroy the Dolphins last week, while Philly was able to stop a three-game losing streak against the Panthers.

Is the second-year QB Hurts good enough to help the Eagles cover as home underdogs? Find out with our free NFL picks and predictions for Buccaneers vs. Eagles on October 14.

This NFC clash opened with the Eagles as 6.5-point home dogs, but some 7s are starting to show up on the board as of Tuesday afternoon. Meanwhile, the total opened at 53 and has been bet down as far as 51.5 at some sportsbooks. Use the live odds widget above to track any future line movements right up until kickoff and be sure to check out the full NFL odds before placing your bets.

The Over is 22-6 in the Buccaneers' last 28 games when facing NFC opponents. Find more NFL betting trends for Buccaneers vs. Eagles.

Even though Tom Brady didn’t want to admit it, it looks like his trip back to New England was more than just a regular game, because after a sloppy performance (figuratively and literally) he looked like his old self in last week’s game against Miami.

Brady threw for 411 yards with five touchdowns with no interceptions in a 45-17 thumping of the Dolphins. After another strong performance, the Bucs now rank second in the NFL in Football Outsiders' offensive DVOA metric.

That offense is going up against what is actually an underrated Eagles defense that ranks 11th in defensive DVOA but has had its problems against the run. So, you can expect a heavy dose of Leonard Fournette, who has averaged 16 carries and 5.0 yards per carry over the last two weeks, out of the backfield.

The Eagles' defense may be underrated, but the Bucs present a big problem. Even with wide receiver Chris Godwin questionable for this matchup, the Bucs still have a gluttony of weapons at Brady’s disposal, including Antonio Brown, who went off for seven catches for 124 yards and two scores last week.

Opposing Brady is Hurts, who is having a breakout second season. The former Sooner is completing 64.8 percent of his passes for 1,365 yards, seven scores, and three picks. He also leads the Eagles in rushing and has another three scores on the ground.

Hurts could be missing one of his top targets in tight end Dallas Goedert, and the Eagles run game, while rated highly, struggles to find consistency when it’s not Hurts running the ball.

The Eagles recently faced another high-octane offense in the Chiefs and were unable to keep up, and, just like the Chiefs, the Bucs have too many weapons for the Eagles to handle. Tampa Bay should pull away late and cover the spread in the process.

While I don’t think the Eagles will be able to keep up when all is said and done in this one, it doesn’t mean they won’t be able to keep it interesting for a while. Particularly when you consider how banged up the Bucs are at the moment.

Tampa Bay is down its top two corners for an extended period of time and now has Lavonte David doubtful, with Antoine Winfield and Jason Pierre-Paul questionable. That doesn’t help a Bucs pass defense that gives up the most yards through the air than any other team in the NFL.

So, even though the early money has been on the Under, it has driven this number down far enough to like the Over considering the combination of the Bucs’ high-octane offense and their battered defense. The Bucs are posting 33.4 points per game this season while Hurts and the Eagles should be able to at least get to their season average of 23 against this beaten-up version of the Tampa Bay defense

The prevailing thought around the NFL is that Eagles head coach Nick Sirianni must hate running back Miles Sanders, after getting just nine carries in Week 3 and 4 combined. And, while Sirianni got him more involved in Week 5 with 16 touches against the Panthers, he didn’t do much with them, totaling 51 combined yards.

While the Bucs are banged up on defense, the run defense has still been stout. Tampa Bay ranks third in the NFL in run defense DVOA and allows a league-low 2.9 yards per rush attempt.

To make this number even juicier, the Eagles are involving rookie running back Kenneth Gainwell more and more in the gameplan and he has a firm hold on the third down back role. When you consider the Eagles may be trailing for a while in this game, Gainwell could see even more time on the field. Sanders hasn’t gone Over this number since Week 1. It’s tough to see him doing it here. 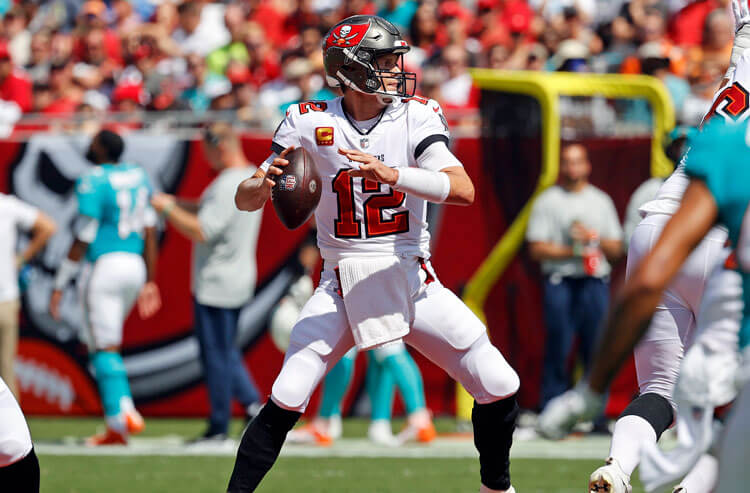