The Packers are 11.5-point favorites heading into a Sunday Night clash against the Bears at Lambeau Field. Aaron Rodgers silenced Chicago before and should do so again. Read our SNF betting preview to find out why you shouldn't be scared to back the Pack. 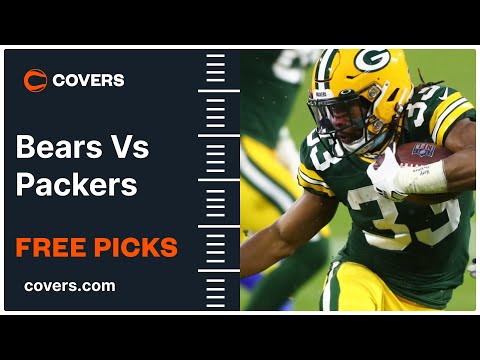 If you run down Aaron Rodgers’ Christmas list, you may find some strange asks, but you won’t find the Chicago Bears on there. He already owns them.

The last time the Green Bay Packers clashed with the rival Bears, Rodgers was an efficient 17 for 23 for 195 yards and two passing touchdowns. Rodgers - and his lingering toe injury - gets another shot at ownership when the Cheeseheads hosts Chicago on Sunday Night Football in Week 14.

Coming off a bye and laying a lot of lumber, the Packers put their NFL-best 10-2 ATS mark to the test. Here are our free NFL picks and predictions for Bears at Packers on December 12.

Since 2008, Green Bay is 11-2 SU and 9-4 ATS against the Chicago Bears inside Lambeau Field. Find more NFL betting trends for Bears vs. Packers.

Bears vs Packers picks and predictions

Rodgers may own the deed to Da Bears, but he won’t be alone in sticking it to Chicago on Sunday night. The Packers are coming off a much-needed bye for a team that’s been battling ailments for the past month, including the rushing attack that will have RBs Aaron Jones and A.J. Dillion at near 100% in Week 14.

That combo has made Green Bay one of the most sneaky-good run games in the NFL, ranked No. 9 in Run Offense DVOA with an EPA per carry of -0.054 on the season (11th). The ground game is vital against Chicago, helping pull the teeth out of the Bears’ pass rush while also poking the soft spot in this stop unit.

Since the season took a turn for the worse – picking up one win (over Detroit) in the last seven outings – the Bears sit 26th in EPA allowed per run as well as 28th in run plays success rate (43.4%). According to Inside Edge, Chicago is most susceptible to runs up the middle (allowed 4.8 yards per carry – third most defending the middle) and the Cheeseheads are among the best at busting off gains right up the gut (4.3 yards per carry – fourth most up the middle).

Not only will that efficiency sap the energy from the Chicago stop unit, but it will also keep the Bears offense sidelined for extended stints. The Bears’ scoring attack has been a disjointed mess all season and now brings rookie QB Justin Fields back into the fold for a primetime game in Lambeau.

Green Bay will look to sell out on stuffing Chicago’s run game and make Fields beat them downfield. They checked the Ohio State product to 174 yards on 16-of-27 passing with a touchdown and an interception while giving up 43 yards on six runs from the rookie in Week 6.

The opening spread flirted with two touchdowns and has bounced between dead numbers all week. This line will likely go up with public play on the best bet in the NFL and all existing parlays and teasers tied into the Packers by the time the primetime rolls around. Getting Rodgers & Co. below two touchdowns is a must.

With an emphasis on the ground game and beating up the Bears' defense on a brisk Wisconsin evening (feels like temperatures at 27 degrees), the Packers won’t give the Bears many possessions. Green Bay is the second-best possession team in football (32:29) and runs the slowest offensive pace in the league, with a play every 30.47 seconds.

When Chicago does get a shot with the football, it will likely be playing catchup. That means plenty of pass and putting faith in Fields, who ranks third lowest in EPA per play (-0.125) among all quarterbacks and boast the lowest success rate per play in the land.

Fields has had success picking up bigger gains with his arm, completing more than 53% of his passes of 20 yards or more. That said, he takes on a sound Packers secondary that has given up only 31 total passing plays of 20 or more yards (sixth lowest) and sits 12th best in air yards allowed.

The Bears aren’t going to outgun the Cheeseheads, so Green Bay knows it can’t afford to hand over any extra possessions in the form of turnovers. Expect a slow and safe game plan from the Packers, who will grind out a low-scoring win over the course of 60 minutes.

It will take some time for things to warm up on Sunday Night Football, especially with the Wisconsin winter making every hit hurt just a little more.

As mentioned, the best course of action for the Packers is to slow play the offense and wear down Chicago with that methodical pace and punch in the running game. Green Bay doesn’t come out swinging, averaging a mere 2.8 points per first quarter on the season.

The Bears are notoriously slow starters and pick up only 2.3 average points in the opening frame. That early production dips to 0.5 when playing on the road. Fields is getting his first start since Week 11, so there’s bound to be some timing and chemistry issues out of the gate.

These NFC North foes have topped 9.5 points in the first quarter just once in their last 10 meetings (14 points back in 2017), boasting an average 1Q point tally of just 7.4 in that span. Some books have the first quarter Over/Under as low as 7.5 (Under -120) but FanDuel Sportsbook is dealing it two points higher and just a touch more expensive. 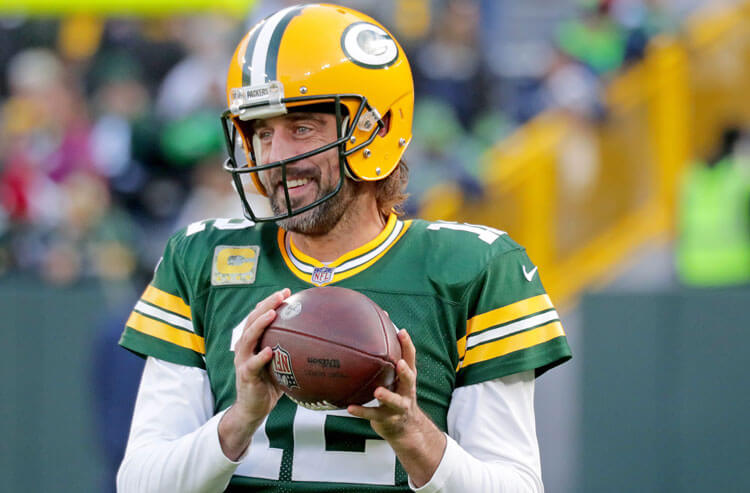