The Chargers returned to form after smashing the Bengals last weekend, but with a divisional game against K.C. on the horizon in Week 15, this week's matchup with the Giants may not be the gimme you think it is. This game and more in our Week 14 spot bets. 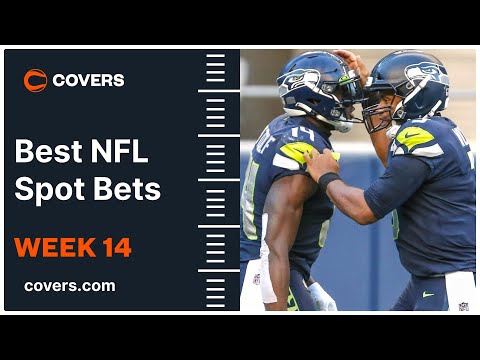 When you’re this far down the NFL betting rabbit hole, you can’t just rely on numbers to lead you to profits.

Factors beyond the analytics and power ratings rear their ugly heads in the home stretch of the schedule, with teams pushing for the playoffs, some counting down the days to the offseason, and all feeling the grind of the longest NFL slate ever.

That’s where situational capping comes in, better known as spot bets. I comb this week’s schedule for the best NFL Week 14 spot bets and angles with our letdown, lookahead and schedule spots to know.

The Seahawks finally shook their three-game slog and picked up just their second victory since October 4 with an ugly win over rival San Francisco on Sunday. Seattle needed a huge special teams touchdown to get the ball rolling in Week 13, as well as three turnovers from the 49ers to overcome massive gaffes that blew sure-fire scoring chances.

With that rare win in hand, Seattle heads south to Houston to play the lowly Texans. Houston is getting 7.5 points from bookies right now, coming off a 31-0 shutout loss to Indianapolis in Week 13. That spread is growing with Houston expected to start QB2 Davis Mills in place of dinged-up veteran Tyrod Taylor – not that it matters at this point.

A spread this big is asking a lot of an offense ranked 25th in EPA per play (-0.092) since Week 7 as well as a Seattle team that's just 4-8-1 ATS as a road favorite the past three years. On top of this letdown off the big Week 13 win is a potential lookahead spot, with Seattle looking past the lowly Texans and to a road date with the Rams at L.A. in Week 15.

The Bolts are back home with a brand-new tiger-skin rug in the locker room after smashing the Cincinnati Bengals in Week 13. The Chargers are one of the most up-and-down teams in the NFL, splitting wins and losses over their last six games while going just 2-4 ATS in that span.

This Sunday looks like a gimmie of a game at home. The New York Giants come to SoFi Stadium for their second straight road game and possibly hand the keys to the car over to third-string QB Jake Fromm with Daniel Jones (neck) and Mike Glennon (concussion) questionable. New York has a pop-gun offense, ranked 26th in EPA per play on the year.

Los Angeles is a 10.5-point favorite for this Week 14 non-conference clash and could get caught looking past the G-Men and to a Week 15 Thursday Night Football showdown with the Kansas City Chiefs a few days later. Those laying the lumber with this double-digit spread should beware the backdoor, with the risk of the Chargers getting up early and playing safe football to rest and protect their first teamers for next Thursday’s divisional dance.

Apparently, the AFC North title has all the appeal of a cold sore as none of the teams in the division want it. Baltimore looked to have the inside track to the crown until shitting the bed at Pittsburgh in Week 13, losing 20-19 to the Steelers on a blown 2-point conversion with 12 seconds left in the game.

Now, the Ravens have to pick up the scraps – without top corner Marlon Humphrey (out for the season) – and head to Cleveland for their second straight road game and their fourth away tilt in the past five weeks. Baltimore is just 2-4 ATS on the road and ranks 27th in points per play as a visitor (+0.279).

On top of that nasty schedule spot, the Ravens run into Cleveland fresh off a much-needed bye week but also a Browns squad that has studied nothing by Baltimore football for the past three weeks. In a scheduling quirk, Cleveland played the Ravens in Week 11 (lost 16-10 at Baltimore) then enjoyed a week off, before prepping for this return meeting at home.

That edge is being reflected in the early line movement for this AFC North grudge match, with the Browns opening as 1-point home underdogs and swinging to 2-point chalk with initial play against Baltimore. 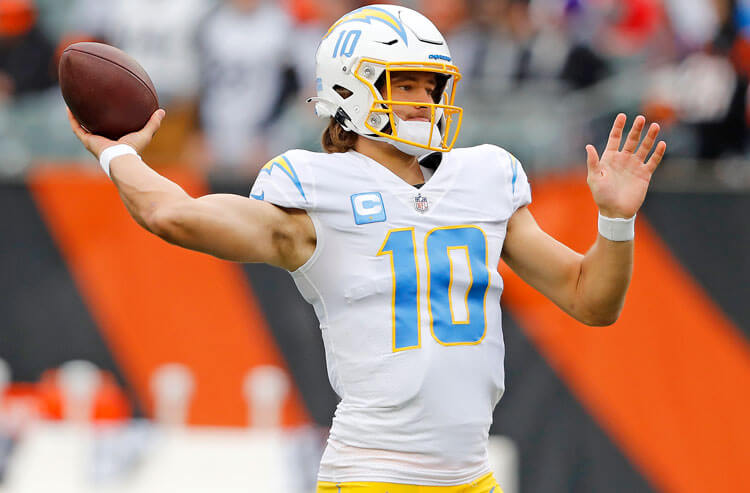 Best Spot Bets for NFL Week 14: Be Cautious of Chargers Eyeing Up Divisional Dance
Provided by