The well-rested Packers opened as massive 12.5-point favorites over the Bears, and they're the money play. Green Bay has covered spreads all year and needs to be targeted before the line moves. This and more in our NFL "Bet Now, Bet Later" for Week 14. 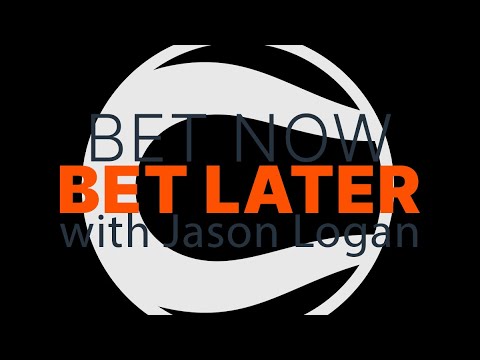 As the weather gets colder, the NFL betting action heats up. We’re rolling full blast down the home stretch of the schedule, which means you not only have to be on the right side but get the best of the number.

We help you plan your NFL Week 14 betting picks by analyzing the opening odds, early action, and public perception to get our best spreads and totals to bet now and the best NFL lines to bet later.

The Packers put their feet up this past week and got some much-needed downtime with the roster battling injuries the last month, including Aaron Rodgers’ ailing toe. Sportsbooks opened this NFC North rivalry with Green Bay between -12.5 and -13 home chalk early Sunday evening.

Chicago is coming off a rough loss to Arizona at home in Week 13, giving up 33 points to the Cardinals (despite out-gaining them 329-257) while committing four turnovers in the rain – two of which were interceptions from Andy Dalton. The Bears have just one win in their last seven outings and that was a nail-bitter over then-winless Detroit on Thanksgiving.

Green Bay is an ATS ATM in 2021, pumping out profits with a 10-2 mark against the spread. The Cheeseheads are 8-4-1 ATS off a bye week since Rodgers took over as QB1 in 2008 and have gone 9-4 ATS versus the Bears inside Lambeau Field during that span.

The public will pound the Packers, so if you’re also eating the cheese in Week 14 you’d better bet them now before this moves to two touchdowns.

Washington returns to the nation’s capital with its winning streak intact, stretching that run to four games with a squeaker in Sin City this Sunday. The Football Team has thrown its hat into the Wild Card ring and could make significant gains with a divisional win over Dallas in Week 14.

The Cowboys got right with a Thursday night win over New Orleans, thanks in large part to their defense and even more thanks to Saints QB Taysom Hill (four interceptions). As for the Dallas offense, it was outgained by New Orleans and went just 2 for 13 on third downs.

This will be the Cowboys' second straight road game and third in four weeks. It’s also an outdoor game in December, which has been the kryptonite for Jerry’s Kids. Washington opened as a 4.5-point underdog and that spread is already up to +5. America’s Team will get its usual public pounding, so if you like the WFT you’ll want to wait for all the points you can get.

The Giants couldn’t score with their No. 1 or No. 2 options at QB. They sure as hell won’t be putting up much in the points department with third-stringer Jake Fromm possibly under center in Week 14.

Reports out of East Rutherford say Daniel Jones is likely still out (neck) and Mike Glennon suffered a concussion in the loss to Miami this weekend. That leaves an offense that ranks 25th in EPA per play (-0.050) and running under an interim coordinator trapped in limbo heading to La-La Land for its second straight road game.

The Chargers defense isn’t the stingiest stop unit in the land, but it did well to slow down the Bengals’ high-powered attack in Sunday’s big road win. The Bolts had six sacks and 11 QB hits on Joe Burrow, even with top pass rusher Joey Bosa leaving early with a head injury.

Los Angeles has a huge home game with Kansas City on Thursday night in Week 15, so should the Chargers get up quick on the G-Men (and they’re big 7.5-point faves), they could slow things down, sit some starters, and keep it safe in the second half to conserve energy. The lookahead total was as high as 47 points and officially opened at 45.5. Under bettors will want this one now.

The Seahawks snapped their three-game winless skid with a home victory over San Francisco, and in the process found a remedy for their offensive woes in a 30-23 win – tying the team’s second-highest output of the season. But it didn’t come easily.

Seattle did leave points on the table with a bobble-and-boot INT in the end zone and had a fumble on the goal line. And they picked up a touchdown with a 73-yard fake punt run, benefited from three turnovers from the Niners, and were outgained 365 to 327 yards despite owning a 33:12 TOP edge.

The Seahawks head to Houston to face a Texans team coming off its second shutout loss of the season (losing 31-0 to Indianapolis), which was the sixth time it has failed to post double figures. Quarterback Tyrod Taylor was injured (wrist) in the game and did return only to be replaced by backup Davis Mills, who could be the team’s starter going forward.

This total opened 43.5 and some online shops are dealing the Over (-115) or have made a move to 44 points. If you have more faith in Seattle’s defense than its offense, wait it out and see how high this number gets before coming back.