Utah comes in rolling and is up against an Ohio State team that fell flat on its face against its biggest rivals. The Utes have the tools needed to keep things tight against OSU, and could even steal this outright — as our Rose Bowl preview breaks down. 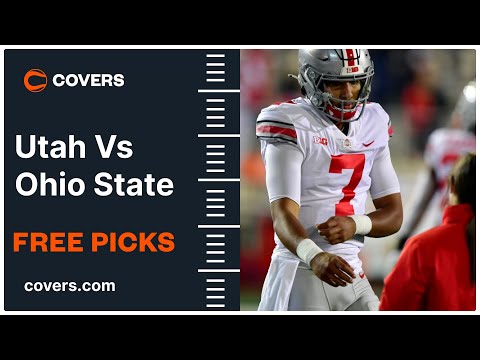 The views alone are worth tuning in, and this year they won’t be of a sunset over a shopping mall outside of Dallas. They will be the majestic scenes in southern California as the Pac-12 champion meets a Big Ten power ripe for a massive letdown. For many, the spectacle of Ohio State suffering a losing streak may be as enthralling as the sun setting over the Pacific Ocean.

Here are our free college football picks and predictions for Utah vs Ohio State in the Rose Bowl on January 1, with kickoff set for 5:00 p.m. ET.

Ohio State began the month as a touchdown favorite, and that line quickly fell to -6.5 before settling at -4 on gameday. The total had been constant, opening at either 67 or 67.5 on Dec. 6, and falling to 66 at most books within the week. It has dropped further to 64 on Jan. 1.

If you're signing up for a new sportsbook for the Rose Bowl, here are two of the best welcome bonuses available:

Up until the end of November, Ohio State thought it was a National Championship contender. The Buckeyes' offense was expected to be the dramatic foil to Georgia’s dominant defense. Ohio State had every reason to think bigger than the Granddaddy of Them All.

And then the Buckeyes took an absolute walloping from their biggest rival.

That can be hard to recover from, and in bowl season, possible letdown moments are more a part of projecting than ever.

On the other sideline, Utah is on a six-game winning streak that turned a 4-3 season into a Pac-12 championship and a Rose Bowl berth. The Utes are ascending, to say the least. In those six wins, they went 4-2 ATS, beating the spread by 25.1 points in those four covers. Even if including the two betting losses, Utah outdid the spread by 12.75 points per game in the second half of the season.

Most notably, the Utes dominated their best opponents, beating Oregon twice by 59 combined points and UCLA by another 20, that game starting this winning streak.

Relying solely on intangibles is a difficult method of handicapping, but in bowl season, it is certainly a massive piece of the equation, and one of these teams has both momentum and a general direction, while the other has to figure out what to play for after its only goal was dashed in public and ugly fashion.

This could also apply to the spread discussion, but it fits most pertinently here: The possible opt-out decisions of Buckeyes receivers Chris Olave and Garrett Wilson are not yet known, but both are prime candidates to sit out the Rose Bowl. Yes, even the Rose Bowl may fall victim to opt-outs, as players recognize the paychecks ahead of them and do the obvious risk-reward math.

Olave is absolutely heading to the NFL Draft, and Wilson is widely expected to. They combined this season for 135 catches for 1,994 yards and 25 touchdowns. Their big-play abilities are hard to overstate, but those 25 touchdowns just about describe them.

Even on a roster as talented as the Buckeyes’, on which multiple unknown receivers are undoubtedly just waiting for their chances to shine, Olave and Wilson perform at a level above the rest.

If one or both of them opt out of the Rose Bowl, this total should drop. Typically, a receiver is not worth more than a point to the total, and even a point would be a surprise, but without these two, Ohio State quarterback C.J. Stroud would suddenly lose multiple chances at open receivers streaking down the field. Olave having two strides on a gasping cornerback may be the lasting image of the last few Buckeyes’ seasons.

Not seeing that again would be a shame, albeit an understandable decision for Olave and/or Wilson. Not seeing it again would also condemn Ohio State’s big-play approach.

This total is priced as if at least one of them will play. At that point, 66 is considered the correct number, theoretically presenting a 50/50 chance at either the Over or the Under. So if the worst-case scenario is a 50% chance at the Under, but the more logical scenario bumps that percentage up by magnitudes, then why hesitate at all?

Furthermore, and more on this in a moment, Utah head coach Kyle Wittingham has made his career as a defensive coach. This is his 28th season with the Utes, spending one season as the defensive line coach before 10 as the defensive coordinator, at which point he became head coach in 2005. Few things would make Wittingham happier than ending this season with a standout performance from his defense, which already held Oregon to 17 combined points in two meetings.

That Wittingham note is made intentionally. There have been about a month of rumors that he may retire after this game. Those have not been substantiated, but they have lingered long enough to arch an eyebrow. If this is it for the Utes head coach, he will use that to motivate his team to send him out in style.

Furthermore, betting underdogs to win outright is the correct move in the chaos that is bowl season, not to mention the expected value gained if Olave and/or Wilson do indeed opt out.

The differing motivations, the possible opt-outs, the rumored dramatics all point to one bold gamble. 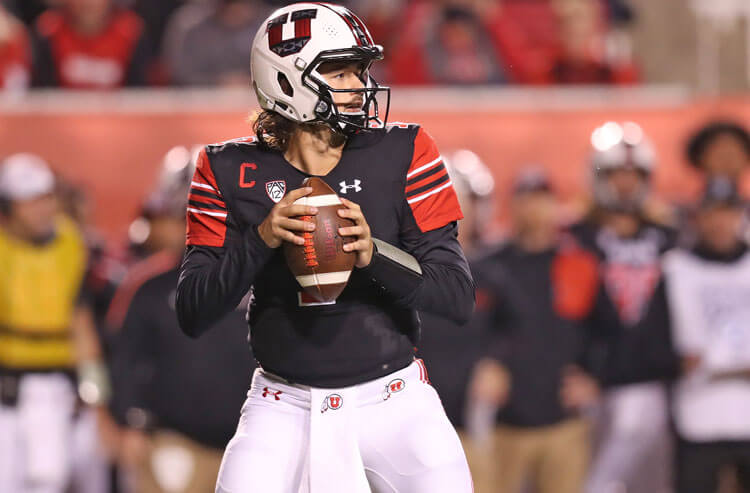