The Bulldogs were knocked off their No. 1 perch in the SEC title game, but their defense is still incredible, and they'll be motivated. Find out if it's enough to beat the Wolverines by more than a touchdown with our Georgia vs Michigan picks. 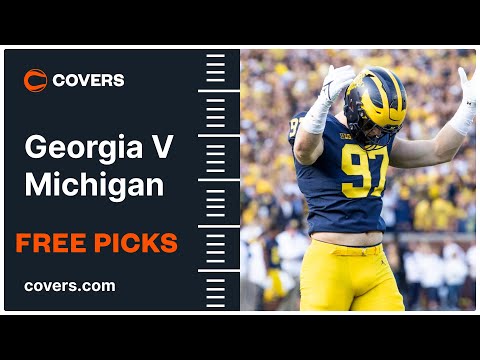 In a crazy season of college football, it seemed like there was only one certainty: the Georgia Bulldogs were the best team in the country. Then the SEC Championship happened, and they were embarrassed by Alabama. Again.

The Bulldogs will have to put that behind them if they want revenge because they now face off against a dangerous Michigan Wolverines team in the second CFP semifinal on this year’s college football bowl game schedule: the Orange Bowl.

Is Georgia getting too much respect favored by more than a touchdown?

Find out in our free college football picks and predictions for Georgia vs. Michigan on Friday, December 31.

Georgia opened this CFP semifinal as 7.5-point favorites and have been bet as high as 8.5, but as of Dec. 22, some Michigan money has driven the line back down to the opening number. The total, meanwhile, hit the board at a low 43 and bettors have jumped on the Over, moving the number up to 45.

If you're signing up for a new sportsbook for the Orange Bowl, here are two of the best welcome bonuses available:

Georgia is 20-7 ATS in its last 27 games following an ATS loss. Find more NCAA betting trends for Georgia vs. Michigan.

Georgia vs Michigan picks and predictions

The Georgia Bulldogs looked like the most untouchable team in the country. Heading into the SEC Championship Game, the talk was all about their historic defense, their perfect 12-0 record and had an average of victory of 32.4 points per game when facing FBS opponents.

Then, Alabama blew the doors off in the title game, crushing the Bulldogs 41-24 as 6-point underdogs. But their season prior to that game was strong enough to secure a spot in the Top 4 of the College Football Playoff. It is the second time they have qualified and the first since having their hearts ripped out by Alabama in the national championship four years ago.

Meanwhile, Michigan is making its first CFP appearance and comes into this game as one of the hottest teams in the country. Led by Aidan Hutchinson and a surging defense, the Wolverines have rattled off five straight wins, going 5-0 ATS, which includes an impressive win over rival Ohio State before crushing Iowa in the Big Ten title game.

Now, this is a matchup of two very similar teams. Two very strong defensive teams who love to run the football. To me though, Georgia is just a better version of Michigan.

On defense, Georgia has the edge in opponent yards per play and scoring, and does a better job of shutting down the rush, limiting opponents to a miniscule 2.7 yards per carry.

And what burned Georgia in that SEC Championship game was the arm of Heisman Trophy winner Bryce Young, who picked apart the Georgia secondary for 421 yards and three touchdowns. I’m sorry, but Cade McNamara is just not going to do that.

The Wolverines' dynamic duo at running back of Hassan Haskins and Blake Corum will do some damage, but Georgia will do well to slow them down. While the Michigan run defense is strong, it hasn’t faced anything like this Georgia ground game that moves behind one of the best offensive lines in the country.

That O-line will eventually wear out the Wolverines as the Bulldogs bounce back and get the win and the cover.

Now, when you look at a matchup with two outstanding defenses that rank first and fourth in opponent scoring, your first thought will probably be to bet the Under in this CFP semifinals matchup. But the number might just be low enough to consider the other side.

While the Georgia defense gets all the headlines for the team’s success, it hasn’t been too shabby on offense as well. Before the loss in the SEC title game the Bulldogs had scored 30 or more points in 11 consecutive games.

And when it comes to Michigan’s defense, yes, they are a strong unit and don’t give up a ton of points, but you can make the case that the only two legit offenses they faced this year were Ohio State and Michigan State. The Wolverines allowed 27 and 37 points respectively in those games.

For Michigan’s offense, it will be in tough against this elite Georgia defense, but both running backs are healthy and are rolling, having put up 143 points in the last three games.

This one won’t be a shootout. But there will be enough points scored to eclipse the total.

Everyone is prone to a bad game now and then, even Georgia. But the Bulldogs have consistently been the best team in college football all season. The defense will bounce back, and the Wolverines won’t be able to attack them through the air the way Alabama did. We’ll give Georgia a break and back them to return to form in this one. 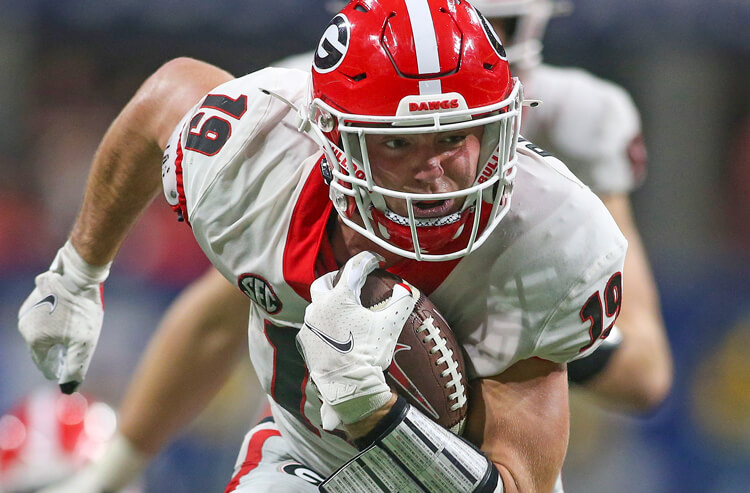