Villanova vs Baylor Sweet 16 Picks: Baylor Back In Midseason Form

Junior guard Davion Mitchell spearheads a high-pressure Baylor defense that is among the nation's best at forcing turnovers—and has allowed just 59 points per game in the NCAA Tournament. 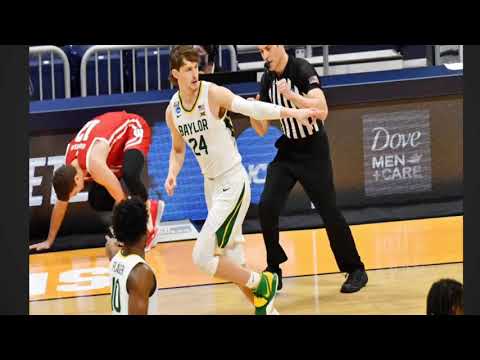 It's been nothing short of madness so far in the NCAA Tournament, with high seeds dropping left, right and center. But one big dog that's taking care of business is the South No. 1 Baylor Bears, who have handled their business in getting to the Sweet 16.

Baylor is again looking like the dominant program that was a mid-season title favorite but will be tested against a Villanova squad that's on fire from long range.

The Bears opened as 6.5-point college basketball betting favorites. Can they continue to roll into the Elite Eight? Here are our thoughts in our free March Madness picks and predictions for Villanova vs. Baylor on Saturday, March 27, with tip-off scheduled for 5:15 p.m. ET.

Baylor went up as 6.5 point chalk late Sunday night at William Hill US and got to -7.5 by Thursday morning, where the number remains at 3:30 p.m. ET Saturday, less than two hours before tipoff. The Bears are landing 71 percent of spread bets and 82 percent of spread dollars. The total is up to 142.5 from a 139 opener, with 77 percent of tickets and a healthy 92 percent of cash on the Over.

The Over is 12-2 in the Bears' last 14 games. Find more NCAA betting trends for Villanova vs. Baylor.

After Midwest No. 1 Illinois was upset in the first game on Sunday, Baylor made it an early point of emphasis to avoid suffering the same result.

The top seed in the South was aggressive and attacked right out of the jump, taking the action to Wisconsin right away in the Round of 32, going into halftime with a 13-point lead, and keeping the Badgers at bay in the second half to roll to a 76-63 victory.

Baylor is one of the nation's most lethal offenses, but it was the defense that dictated the play in the first half. Against a Badgers team that was No. 1 in the country in committing just 8.9 turnovers per game, the Bears forced them into nine turnovers in the first half alone—converting that into 12 points.

The Bears are third in the country in forcing turnovers, and combined with committing just four turnovers of their own (against 15 assists) this squad is looking more and more like the club that had some of the best March Madness odds earlier in the season.

Baylor's one major flaw is a lack of size, but that's not really a major concern against Villanova. The No. 5 seed is led by 6-foot-10 Jeremiah Robinson-Earl, but he operates just as much on the perimeter as he does down low and the Wildcats are just 95th in the country in effective height.

They have forced their way into the Sweet 16 by going bombs away against opponents. 'Nova cruised past Winthrop in the first round – and simply demolished North Texas from start to finish in Round 2 – by shooting a combined 41.8 percent from beyond the arc, including a whopping 15 of 30 against the Mean Green.

Villanova is up to sixth in the nation in KenPom's adjusted offensive efficiency but generally shoots a modest 35.8 percent on triples for the year. Expecting the Wildcats to continue their hot shooting on Saturday will be a tall task: Baylor's defense is ranked higher in adjusted defensive efficiency than either of Villanova's previous two opponents, and the Bears' quickness and relentless backcourt pressure defense will cause fits for a 'Nova team that doesn't have its primary ballhandler and playmaker with Collin Gillespie sidelined.

Nova held its first two foes to 36.2 and 40.4 percent shooting from the field, but those wannabe-Cinderellas were both outside the Top 100 in adjusted offensive efficiency—and the Baylor offense is significantly deeper and more threatening.

Jay Wright has done a great job of rallying his squad, which stumbled into the Big Dance and lost its most important player, past some pesky underdogs...but the Bears are on another level. They're deeper and more talented in every area and look like they're regaining their dominant midseason form. Take the No. 1 seed to cover here.

We mentioned that the Baylor offense is one of the best in the country, well in case you didn't believe us, here are the stats back that up: The Bears are third in the nation in adjusted offensive efficiency, third in effective field goal percentage, sixth in offensive rebound percentage, first in 3-point shooting percentage, and fifth in points per game.

With a three-headed backcourt that has the depth and quickness to attack from anywhere, Baylor moves the ball extremely well (12th in assists per game) and rarely takes a bad shot. Gillespie was also Villanova's best perimeter defender, so a team that's already just 71st in adjusted defensive efficiency (and 236th in opponent 3-point percentage) will have trouble keeping Baylor from putting up another big offensive day.

On the flip side, the Wildcats have been raining threes in the Big Dance, which is truly the best way to attack Baylor's high-pressure defense. The Bears are 161st in the country in opponent 3-point percentage, and with Villanova being among the better teams in the country in protecting the ball, the Wildcats at least have a chance to maximize the number of triples they throw up.

The Over has cashed in 12 of Baylor's last 14 games, as well as two of Villanova's last three contests. We expect the Bears to do the heavy lifting in this game, but Villanova should be able to score enough to get this Over the total.

Despite being known for their offensive prowess, the Bears are no slouch on defense, ranking 34th in adjusted defensive efficiency.

Their pressure-heavy defense is spearheaded by guard Davion Mitchell, who is aptly nicknamed "off night"—because that's what's in store for whatever opponent he guards. He has helped power Baylor to shut down opponents early, as it has given up just 50 total points through two NCAA Tournament first halves.

With Mitchell likely going to harass Justin Moore from the outset, we're expecting another difficult first half offensively for a Baylor opponent and going Under Villanova's first-half team total.

Did you know that if you parlayed today’s March Madness Villanova vs. Baylor picks, you could win $60.19 on a $10 bet? 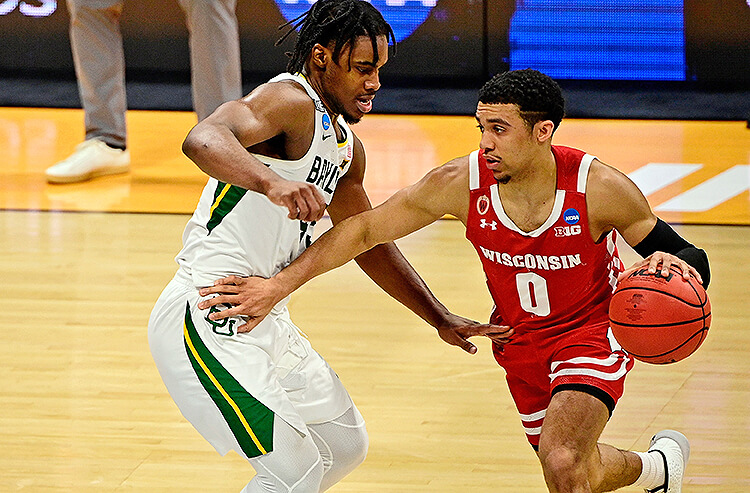 Villanova vs Baylor Sweet 16 Picks: Baylor Back In Midseason Form
Provided by