After knocking off No. 5 Tennessee and No. 4 Oklahoma State, the 12th-seeded Oregon State Beavers have won eight of their last nine games and covered in 12 of their last 13. 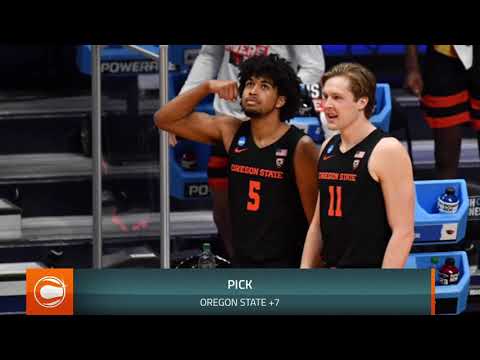 Get ready to have your mind blown. Bill Walton was right: The Pac-12 looks like the best conference in college basketball and the Oregon State Beavers are a prime example of that as they prepare to meet the Loyola-Chicago Ramblers in the Sweet 16.

But Walton wasn’t the only one who was right, as Ramblers’ head coach Porter Moser was correct in thinking his team should have been ranked higher after taking out the Midwest’s No. 1 seed Illinois.

PointsBet USA pegged Loyola-Chicago a 7-point favorite at the outset, dipped to -6.5 Monday evening and returned to -7 Thursday morning. As of 12:30 p.m. ET Saturday, about two hours before tipoff, the line remains Ramblers -7, but bettors like the 'dog. "Seventy percent of bets and 78 percent of money on Oregon State to cover +7," PointsBet's Wyatt Yearout said. The total is down a point to 125, although ticket count is just short of 3/1 and money 2/1 on the Over.

Picks made on March 21

So, the question for this Sweet 16 matchup of two teams that were way down the list of March Madness odds before the NCAA Tournament is, are you a believer...or are you a Beav-liever?

If you haven’t heard by now, Oregon State was picked to finish dead last in the Pac-12 this year but got hot late in the season and promptly marched through the conference tournament, winning three straight games outright as underdogs. And the Beavers have carried that play over to the Big Dance.

Oregon State opened the tourney by dominating Tennessee from start to finish in a 70-56 victory as 8.5-point dogs and followed that up by taking out Cade Cunningham and Oklahoma State 80-70 as 6-point pups in Round 2. The win was the Beavs eighth in the last nine games and they have covered the number in 12 of their last 13. So, how has Oregon State done it?

Well, first and foremost, the Beavers have been unconscious from beyond the arc, shooting 42.4 percent from 3-point range over their last five games. Second, they are getting after it on defense, limiting opponents to 38.6 percent from the field in the postseason. And finally, they are just playing like a real team right now.

But if there is an opponent that knows something about playing as a team it's Loyola-Chicago. The Ramblers showed exactly how well-coached and fundamental they are in their win over Illinois. Loyola ran the offense through star center Cameron Krutwig, who finished with 19 points, 12 rebounds, and five assists.

As great as their offense was, the Ramblers' defense was even more impressive. It suffocated the Illini, limiting them to 58 points, and forced anyone other than Ayo Dosunmu to beat them. And they just couldn’t. Loyola has now won 19 of its last 20 games and has covered the spread in all five postseason games. So, who has the edge?

Well, while they are led by Ethan Thompson and Jarod Lucas, what makes Oregon State dangerous is that they don’t rely on any one player. On top of that, while Krutwig will be a problem in this game, Oregon State at least has a man to at least body him up in Roman Silva.

Additionally, in a game this close it’s good when the underdog is a good free-throw shooting team—and Oregon State is one of the best in the tourney, hitting 76 percent of its attempts. One of these miracle runs will continue on into the Elite Eight, but Oregon State is getting enough points here to side with the underdog.

Not surprisingly, the total for this Sweet 16 matchup is a nice-and-low 126, considering Loyola-Chicago’s elite defense and the volatility of the Oregon State offense.

The Ramblers rank first in the country in adjusted defensive efficiency, allowing just 55.7 points per game. That said, that number bumps up to 62.3 against non-conference opponents. And while the Beavers may have been inconsistent scorers early in the season, they haven’t been lately: Oregon State has averaged 74.1 points per game over its last eight contests with the Over going 7-1.

Additionally, Loyola-Chicago showed how efficient their offense can be against a top-rated defense like Illinois. While the Beavers have been much improved at that end of the floor lately, they still aren’t what you would call, “elite.” Bet on this one to sneak above the number.

Part of the reason for Oregon State’s incredible underdog run has been its ability to get off to good starts.

During the Beavers’ last five games they have averaged 34.4 first-half points per game. That includes putting up 33 and 44 points, respectively, against two Top-20 defenses in Tennessee and Oklahoma State.

While Loyola-Chicago is as stingy as they come when it comes to first-half scoring, this number is low enough to like the Over with the Beavs.

Did you know that if you parlayed today’s March Madness Oregon State vs. Loyola Chicago picks, you could win $59.58 on a $10 bet? 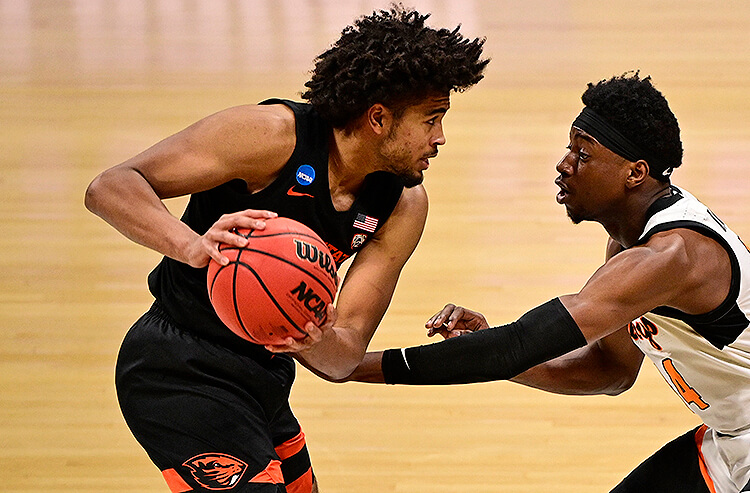 Oregon State vs Loyola-Chicago Sweet 16 Picks: One Cinderella Run Will Continue
Provided by