The Toronto Raptors and Philadelphia 76ers meet for the second time in three nights on Tuesday, part of a nine-game NBA betting slate.

Toronto will look to extend its season-high winning streak to five games after coming away with a 110-103 victory Sunday night without star Kyle Lowry.

Can Toronto continue its winning ways against a Philadelphia team that’s clinging to first place in the Eastern Conference? Find out with our best free NBA picks and predictions for 76ers vs. Raptors at 7:30 p.m. ET.

The 76ers hit DraftKings' odds board late Monday night as 2-point chalk and inched down to -1.5 this morning, where the line is as of 1 p.m. ET. Still, Philadelphia is taking 77 percent of early tickets and 85 percent of early money. The total is down to 222 from a 224.5 opener, despite the Over getting 71 percent of bets/84 percent of money.

The Raptors have rounded into form following a brutal 2-8 start, going 14-7 since and climbing above the .500 mark for the first time all season with their victory over Philadelphia on Sunday.

Toronto has been getting it done with its play on both ends of the floor, as the Raptors rank ninth in the NBA in defensive efficiency and just outside the Top 10 in offense. Lowry has missed the last three games but that hasn’t slowed Toronto, as it has won all three contests and covered in each. On the season, the Raptors (3-0 ATS in their last three games as an underdog) have gone 6-0 without their starting point guard and overall are 7-3 in their last 10, including two wins over the Milwaukee Bucks, as well as victories over the Brooklyn Nets and red-hot Washington Wizards.

The 76ers certainly haven’t looked like the best team in the East in many respects, but they’ve taken advantage of the softer conference and have enjoyed home cooking with a 13-2 record in Philadelphia. They will be road favorites for this one and have struggled against the spread recently, going 1-5 ATS over their last six games.

With that being said, the Sixers will be out for revenge after falling to the Raptors last game and will lean on MVP candidate Joel Embiid, their strong defense, and a sizable edge on the glass to get them back in the win column. As -1.5 favorites, a win may very well be enough to cover—and that’s what we’re expecting here.

Both teams have capable offenses. When Embiid is rolling and attracts enough attention for the Sixers’ limited 3-point threats to get going, the 76ers can really take off. The Raptors, on the other hand, are loaded with shooters and are one of the biggest threats from outside (converting on the third-most 3-pointers per game) and have six different scorers averaging 13-plus points per game, led by the 20 and change they're getting from Pascal Siakam and Fred VanVleet.

But both Philadelphia and Toronto can clamp down defensively. These are both Top 10 teams in points allowed in the paint and each gets strong defensive play out of its backcourt. In a game that could be a preview of a playoff matchup, expect these Eastern Conference foes to bring the energy on the defensive end.

The 76ers have gone Under in two straight after hitting the Over in four consecutive. Toronto, meanwhile, has gone Under three in a row after going Over in six of seven games before that.

In the two previous games these two played this season, the total went Under. Let’s make it three in a row.

Embiid was held to his worst shooting night of the season in Sunday’s loss to the Raptors and recorded his fewest points in a game since mid-January—and he still finished with 25 and 17. He's that good.

The star center should be hungry to bounce back from the "down game" and punish Toronto on Tuesday night. Embiid had previously gone for 30-plus points in four straight games and 11 of his last 13 before the Toronto matchup. As an improved 3-point shooter and someone who gets to the line more than any player in the league (he's averaging an NBA-best 11.7 free throw attempts per game), there are many ways Embiid can pile up the points. And against one of the weakest rebounding teams in the league, he should be able to get some easy putbacks and clean up on the glass.

Look for a monster night out of Embiid, who's coming off back-to-back games with 17 rebounds. 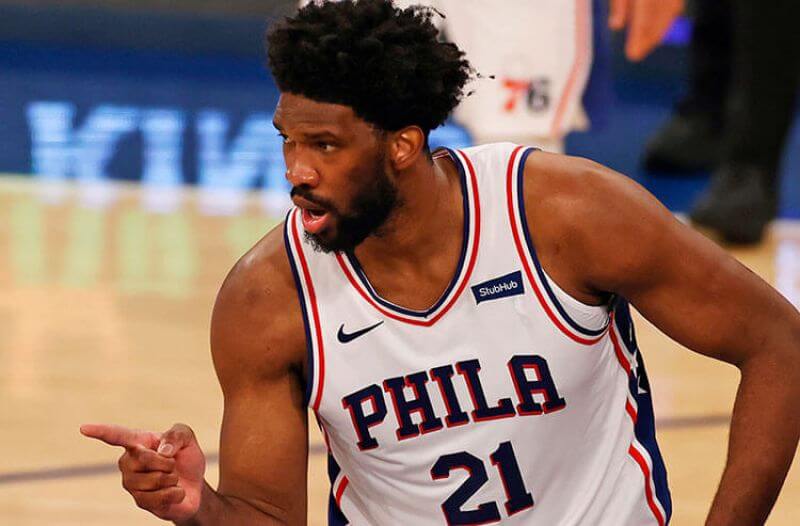