Memphis' Jaren Jackson Jr. turned his team's defense around almost instantly with his dynamic rim protection. As such, he's shot up the DPOY odds board and now sits as the odds-on favorite halfway through the season.

It seems sportsbooks are sensing a return to order this season, with one particular shot-swatter standing head-and-shoulders above the rest.

With the market taking shape as games roll on, here's a look at the latest NBA odds for 2023 DPOY:

Odds to win NBA Defensive Player of the Year

Favorites to win NBA Defensive Player of the Year

Jaren Jackson turned heads last season when he led the NBA in blocks, confirming his potential as a unicorn rim protector and not just a stunningly agile foul machine.

But the true litmus test of his impact on Memphis' defense came this season, when he sat for almost the first month, during which the Grizzlies logged the NBA's 20th-rated defense.

The improvement since Jackson's return has been staggering. The Grizz have posted the league's best defense since he first suited up in mid-November, ascending enough to own the No. 1 overall defense this season as of January 17.  Jackson leads the league in blocks again by a wide margin, as well as opponent field goal percentage at the rim.

Jackson's impact has been undeniable, and Memphis holding onto one of the top seeds in the West only bolsters his intangibles.

The Bucks took a definite step back on defense for most of last season, and plenty of pundits missed the forest for the trees in estimating just how much that regression was due to the absence of one Brook Lopez.

Now fully healthy, Lopez is having a standout season — leading the league in blocks prior to Jackson's return, while ranking near the top of most major defensive metrics.

The Bucks sporting one of the NBA's best defenses certainly helps, and in a market where one of Lopez or Giannis Antetokounmpo was bound to cannibalize the other's odds, Brook seems to have won out for now.

Most sportsbooks will display odds in the American format as listed above. We'll use 2019-20's Rookie of the Year odds race as an example:

Looking to bet on some NBA action? Here are two of the best bonuses* available:

*Eligible USA locations only. Also, check out our full list of NBA promo codes for 2023.

Here are some trends to keep in mind when betting on NBA DPOY:

Ben Wallace and Dikembe Mutombo are tied for the all-time record with four apiece. 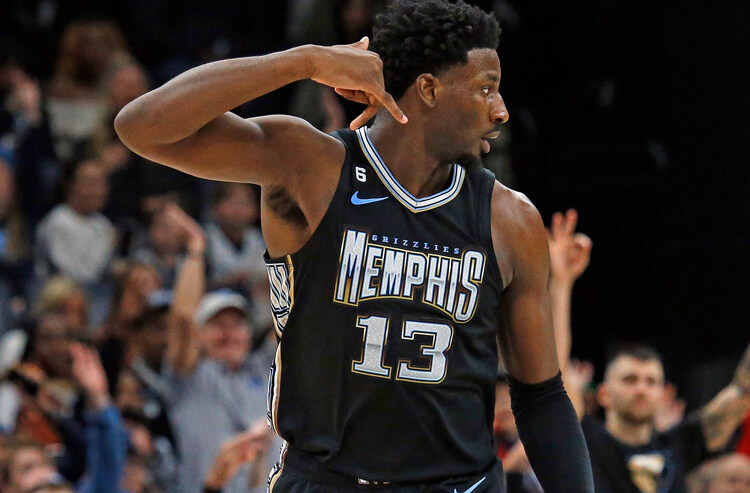