Reigning AL MVP Jose Abreu has historically been better against lefties in his career and gets to face veteran J.A. Happ when Chicago hosts the Minnesota Twins on Wednesday.

The Chicago White Sox will be going for their fifth straight win when they host the Minnesota Twins at Guaranteed Rate Field in Chicago, Illinois on Wednesday, May 12.

First pitch is expected at 8:10 p.m. ET, with two resurgent veteran lefties going at it on the mound, but MLB betting lines have the ChiSox as slight home favorites.

Will Minnesota find a way to beat a red-hot Chicago team? Find out in our Twins vs. White Sox picks and predictions.

Chicago has seen very modest movement on DraftKings' moneyline, opening at -134 and rising to -137 Tuesday night, then dipping a penny to -136 this morning. As of 12:30 p.m. ET, the White Sox are taking 79 percent of tickets and 89 percent of cash. The total is down a full run to 7.5, with 56 percent of tickets on the Over, but 82 percent of money on the Under.

J.A. Happ (2-0, 1.91 ERA): Happ has been remarkable to start this season and he has allowed just three earned runs in his last 19 2-3 innings of work. Once a strikeout-heavy pitcher, the lefty definitely pitches more to contact now but it’s been working thus far. However, at some point, his ERA will start to creep back into the 4.00 territory. Perhaps that’ll be tonight.

Dallas Keuchel (1-1, 3.79 ERA): Keuchel has allowed three or more earned runs in four of his eight starts this year. He has, however, been better as of late, as he has given up zero earned runs in two of his last three appearances. Keuchel is still capable of cruising through seven innings without any trouble, so it’ll be interesting to see whether or not the Twins figure him out.

Twins: Byron Buxton OF (Out).
White Sox: Luis Robert OF (Out), Eloy Jimenez OF (Out).
Find our latest MLB injury reports.

The White Sox are 7-1 in their last eight home games against left-handed starters. Find more MLB betting trends for Twins vs. White Sox.

In two starts against the Twins last year, Keuchel threw 10 1-3 innings and allowed only two earned runs. Both runs came in the same start, his first start of the season, and he got significantly better as the year went on.

Keuchel allowed just one earned run in his final 20 innings of 2020, and one of those four starts featured five innings of shutout ball against the Twins. That’s not to say that Keuchel will blank Minnesota in this matchup, but he knows how to get the job done against this lineup.

He just has to find a way to get Nelson Cruz out, as the slugger has five homers and nine RBI in 49 at-bats against him.

Happ has been hot to start the 2021 season, but he’s bound to start giving up some runs soon. He was extremely homer-prone last season with the Yankees but he has given up only two bombs in five starts this season. Opposing hitters are going to start to get a read on him again, and it wouldn’t be too surprising if the White Sox jump him in this one.

One player to keep an eye on here is Jose Abreu. The Chicago star has never homered off of Happ but it’s only a matter of time before that changes. Abreu has always done more damage against lefties, and Happ isn’t the type of pitcher that should be able to dominate such a powerful hitter.

Even if Happ has a subpar outing compared to how he's started the year, the Under will still have a great chance of hitting.

Four of Keuchel’s last five starts have gone Under the eight-run mark, with the other one landing right on the number. Both of these pitchers have done some great damage control this year, making it difficult to justify taking the Over in this matchup.

This might get pretty tight, but if you’re playing the total, the Under seems like the right way to go. 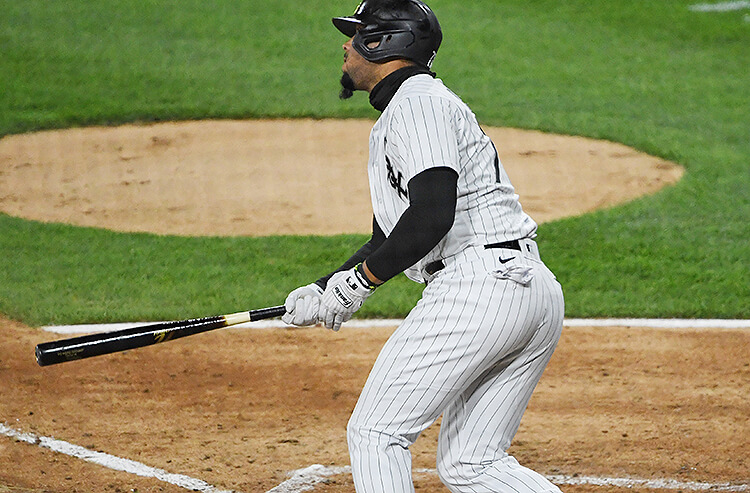 Braves vs Dodgers NLCS Game 4 Picks and Predictions: Will L.A. Grab Its Second Chance?
Josh Inglis | Oct 20, 2021
About Us
Contact Us
Careers
Our Team
Brand
Testimonials