Braves vs Phillies Picks and Predictions: Wheeling and Dealing

Zack Wheeler has been dealing and gets the ball for the series finale, as the -135 Phillies look to win the three-game set. Wheeler has a 1.99 ERA and 0.78 WHIP over his last eight starts. Can he stay hot? Find out with our Braves vs. Phillies picks.

The Atlanta Braves and Philadelphia Phillies have split the first two games of this three-game set, and both are both dying for this series win as each team is looking to make up ground on the first-place New York Mets in the National League East standings.

The rubber match of this series will be a matinee affair where Ian Anderson will toe the rubber against Zack Wheeler.

Check out our free MLB betting picks and predictions for Braves vs. Phillies on Thursday, June 10, with first pitch scheduled for 1:05 p.m. ET.

Ian Anderson (4-3, 3.64 ERA): It has been a roller-coaster season for the young Braves starter. The 23-year-old right-hander has been brilliant at times but has struggled with his command which has created inconsistencies and he's in a down patch at the moment. Anderson has allowed eight runs on eight hits and four walks over 8 1-3 innings over his last two starts.

Zack Wheeler (4-3, 2.51 ERA): You want reliable innings from your starter? Look no further than Wheeler. The Phillies right-hander has been fantastic so far in 2021, pitching at least seven innings in seven of his last eight starts, recording seven quality starts over that span.

The Braves are 2-7 in their last eight meetings in Philadelphia. Find more MLB betting trends for Braves vs. Phillies.

This series has been an interesting one to this point. The Braves took the opener 9-5 thanks to the Phillies bullpen collapsing by giving up five runs in the eighth inning. But the Phillies responded with a walk-off two-run homer from Luke Williams with two outs in the bottom of the ninth to steal Game 2 by a score of 2-1. So, what’s in store for Game 3?

A lot of strikes from Wheeler, for one. The right-hander is pitching to a 1.99 ERA, a 0.78 WHIP while limiting opposing teams to a .175 batting average over his last eight starts. Wheeler has also made two starts against the Braves this season. In one, he shut them out on just one hit over seven innings while striking out 10. In the second, he gave up three runs on seven hits in 4 2-3 innings.

But we are giving the edge to Wheeler, who is in a groove right now and is facing a Braves lineup that has been all-or-nothing this season. They rank sixth in scoring and first in homers but 14th in batting average and 22nd in strikeouts.

Countering Wheeler is Anderson, who, while strong at times, has been inconsistent. He faces a Phillies lineup that has been inconsistent in its own right but is playing better lately, averaging seven runs per game over their last six contests. Anderson also has already made three starts against the Braves this season and has a 4.41 ERA and a 1.29 WHIP.

We are siding with the more consistent pitcher in this one and that’s Wheeler.

While the Over/Under is 1-1 in this series so far, Game 2’s 2-1 result seems like it might be more of what we see in the finale. And that all starts with Wheeler.

He has allowed more than two runs in a start just twice in his last eight outings, but what makes that more important is the fact that he consistently pitches deep into ball games. Wheeler has pitched into at least the seventh inning eight times this season.

Additionally, if the Braves aren’t hitting home runs they aren’t scoring that much, and Wheeler has allowed just three home runs over his last eight starts.

On the other side, the Phillies are almost as all-or-nothing as the Braves. While they have scored runs in bunches recently, they have also scored three runs or fewer six times in their last 10 games. And as such, this one is a good bet to stay Under the number. 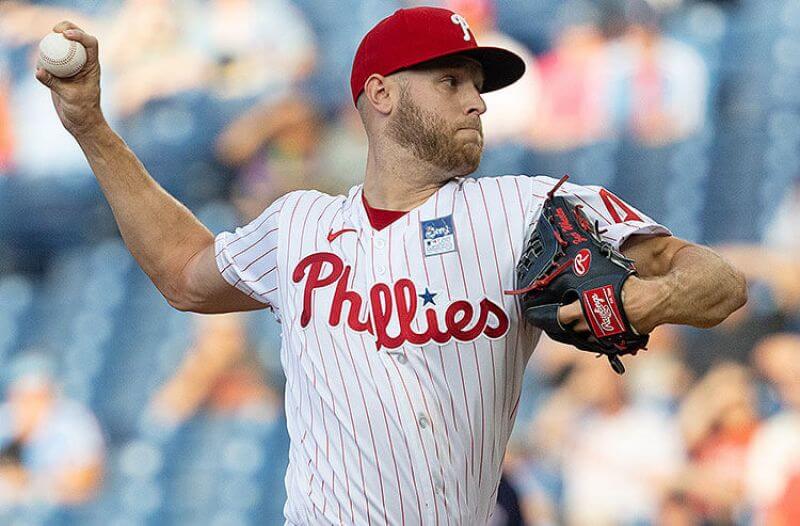 Braves vs Phillies Picks and Predictions: Wheeling and Dealing
Provided by