Royals vs Athletics Picks and Predictions: K.C. Offense Is a Mess

The Royals enter this series opener in Oakland on a five-game skid, scoring just 1.5 runs per game over their last four contests. Is Oakland the obvious play as a -143 favorite? Find out with our best betting picks for Royals vs. Athletics.

The final game on the MLB betting board for Thursday is an AL matchup between the Kansas City Royals and Oakland Athletics. The A's are -150 favorites for the first contest in this four-game set at Oakland Coliseum.

Here are our best free Royals vs. A's picks and predictions for Thursday, June 10, with the first pitch scheduled for 9:40 p.m. ET

Mike Minor (4-3, 4.84 ERA): Minor has been very up-and-down in his first season back in Kansas City, coming off a performance against the Twins where he allowed five runs and three homers across seven innings. That was the sixth time in 12 starts this season that the left-hander has surrendered four or more runs.

Frankie Montas (6-5, 4.52 ERA): Montas has a mediocre WHIP of 1.42 with an opponent batting average of .273 through 12 starts this season. After a breakthrough first half of the season in 2019, Montas was suspended for PEDs and hasn't recaptured that previous form. In his previous outing, he had a strong start at Coors Field, limiting the Rockies to three runs through five innings.

The Athletics are 39-15 in their last 54 home games versus a team with a losing record. Find more MLB betting trends for Royals vs. A's.

The Royals come into this series having lost five games in a row, including a sweep in L.A. at the hands of the Angels. They have dropped to 29-31 on the season and will try to turn things around tonight by sending Minor to the mound.

Minor has looked shaky this season, pitching to a 4.84 ERA. After spending two and a half years with the Rangers and the second half of last season with the A's, he has a decent sample size of contests at Oakland Coliseum (recently rebranded as RingCentral Coliseum) where he has gone just 1-5 with a 7.11 ERA in 10 career starts.

Minor likely won't get much run support, either, with the Royals ranking 21st in the majors with an OPS of .690, with the number plummeting to .635 on the road.

Although Montas has been spotty with his command, he has thrown better recently, pitching to a 3.46 ERA in 39 innings over his last seven starts.

The Royals are just 7-19 in their last 26 games in the head-to-head with the A's, including 2-5 in the previous seven meetings in Oakland. With these clubs trending in opposite directions, expect Oakland to pick up the win again tonight.

The Royals have been absolutely brutal at the plate lately, averaging just 1.5 runs per game over their last four contests. During that span, the Royals mustered just a single run in games against mediocre starters like Griffin Canning, Andrew Heaney, and Bailey Ober.

That said, the A's are in the exact opposite position, averaging 4.35 runs per game on the year but having that dip to 3.92 runs per game at home.

The Under has cashed in six straight games for the A's while the Royals are 1-6 O/U in their previous seven contests against teams with a winning record. With the Under also 4-1 in the last five meetings between these teams in Oakland, back it again tonight. 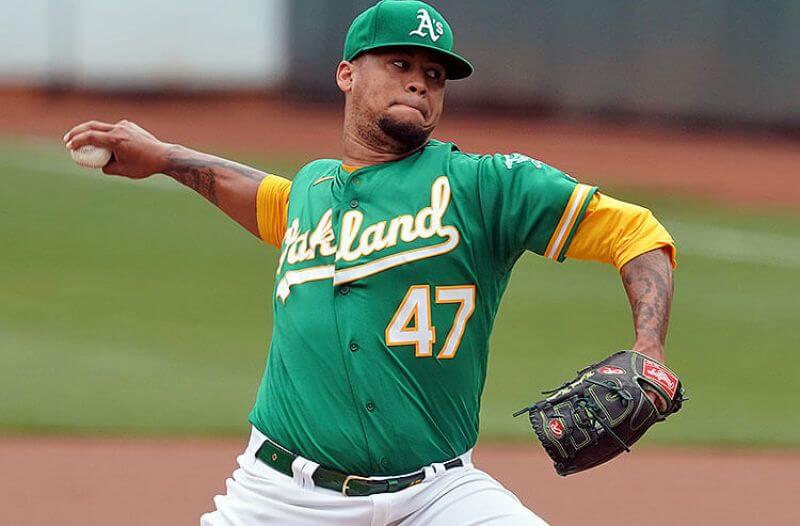 Royals vs Athletics Picks and Predictions: K.C. Offense Is a Mess
Provided by