Toronto and Chicago have played two close games despite final scores of 6-1 and 6-2 to kick off this series. Expect another tight one in a pitching matchup featuring Hyun Jin Ryu and Dallas Keuchel. See who we like in our Blue Jays vs. White Sox picks.

The Toronto Blue Jays and Chicago White Sox have split the first two games of their three-game set in what has been an entertaining and competitive series to this point.

The finale should be more of the same as Game 3 features a southpaw showdown, with Jays ace Hyun Jin Ryu toeing the rubber against former Cy Young award winner Dallas Keuchel. So, who has the betting value in this one?

Check out our MLB free picks and predictions for Blue Jays vs. White Sox on Thursday, June 10, with first pitch scheduled for 8:10 p.m. ET.

Hyun Jin Ryu (5-3, 3.23 ERA): Ryu is coming off this worst start of the season, allowing six earned runs on seven hits over 5 2-3 innings pitched against the Astros in a start where he uncharacteristically struggled with his command. Prior to that outing, the lefty had a 2.62 ERA and 1.05 WHIP.

Dallas Keuchel (4-1, 4.25 ERA): The White Sox are second in MLB in starter’s ERA this season but Keuchel has held that number back a bit. The lefty has had some excellent starts but is just not missing a lot of bats and, as a result, has a 4.88 FIP and is allowing opponents to hit .261 off him this season.

The Under is 7-0 in White Sox's last seven games vs. a left-handed starter. Find more MLB betting trends for Blue Jays vs. White Sox.

The White Sox took the opener of this series 6-1 before the Jays responded with a 6-2 win in Game 2, but both contests were one-run games heading into the eighth inning so the final scores are a little misleading as to how close these battles were.

While the starters have dominated these first two games, it appears the Blue Jays have the edge on the bump in this one.

Even though Ryu is coming off a rough start, he has been the more reliable starter to this point. Ryu had allowed two earned runs or fewer in eight of his previous 10 starts and when he's locating his fastball he creates a lot of soft contact.

While the White Sox have a dangerous lineup, particularly against lefties, Ryu has the tools to take the sting out of their bats.

Keuchel, on the other hand, has some ugly advanced numbers. He ranks in the bottom fifth percentile in expected ERA and the bottom one in expected opponent batting average and strikeout rate.

He faces a Blue Jays lineup that ranks second in MLB in average, OPS, and home runs, and is the sixth-hardest team to strike out in baseball. This should be another tight game but with their ace on the bump, we like the value with the Blue Jays.

When it comes to the total, the Over has seen the early money, moving the number up to nine, but that may be high enough to attack the other way.

First of all, this series has been ultra-competitive and has been even lower scoring than the final scores indicated. There were just two runs scored through the first seven innings of Game 1, and three through seven frames of Game two. And even with the late-game scoring, both contests stayed Under.

Second, as noted, we like Ryu to bounce back in this one, and the White Sox haven’t been as strong against lefties lately, ranking 11th in average and OPS against southpaws over the last 15 days (13 games).

Lastly, while we like the Blue Jays to have a solid chance to take advantage of Keuchel, he has the support of a solid bullpen as the White Sox rank 11th in ERA and WHIP. Bet this game to continue this trend and stay below the number once again. 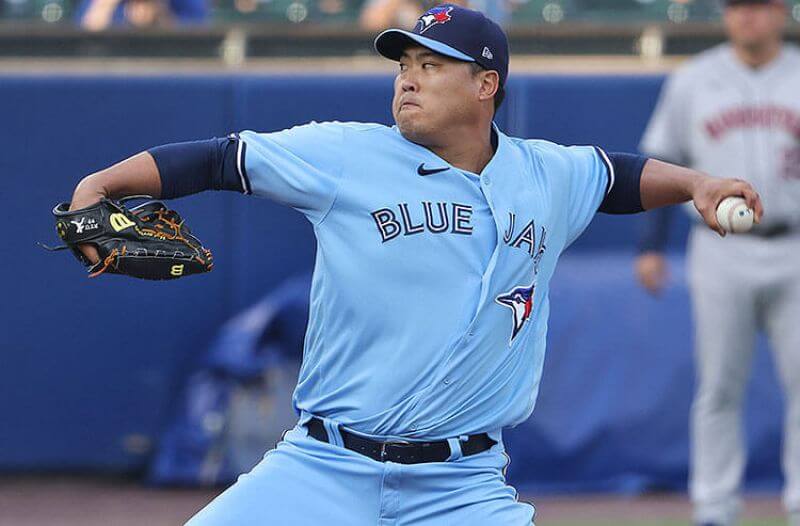