Today’s MLB Prop Bets, Picks and Predictions: If You're Happy and You Know It

Our getaway day MLB props are highlighted by J.A. Happ's showdown with the Yankees, who took two games against the Twins (and called the doctor) to get their offense right. Get Thursday's best prop picks from around the MLB!

It’s a getaway day in Major League Baseball, which of course means we have MLB props on the board to bet all day long.

We start the day off by looking at a prop bet for one of the most reliable starters in baseball, and it appears the Minnesota Twins are the cure for whatever was ailing the New York Yankees’ offense.

We break down and pick those games and more with our best free MLB prop bets and predictions for Thursday, June 10.

Look up "reliable starter" in the dictionary and you’ll see Zack Wheeler. The Phillies right-hander has been fantastic during his first full season in Philly.

Wheeler is pitching to a 2.51 ERA, a 0.94 WHIP, and is striking out batters at the highest rate of his career. But the best part about Wheeler’s season for the Phillies is the way he is eating up innings in an old-school way.

Wheeler leads the National League in innings pitched and has pitched at least seven innings (21 outs) eight times this season, which includes seven times in his last eight starts.

One of those lengthy performances came against today’s opponent, the Atlanta Braves. Wheeler shut out the Braves on just one hit while striking out 10 in seven innings.

While he also had a less-than-stellar start against Atlanta, he is in an eight-game stretch right now where he's pitching to a 1.99 ERA and is limiting opponents to a .175 batting average. Bet on Wheeler to keep rolling in this one.

The Boston Red Sox have been one of the most surprising teams through the first two months of this 2021 Major League Baseball season, and one of the reasons has been the unexpectedly strong performance of the starting rotation.

But that hasn’t been the case for the Red Sox’s most-tenured member of that rotation, Eduardo Rodriguez. The lefty has been hit up for a 5.56 ERA and a 1.41 WHIP in 11 starts this season and things won’t get any easier for Rodriguez Thursday as he faces the Houston Astros.

The Astros have one of the best lineups in baseball. They lead the MLB in scoring, batting average, OPS, and on top of that, they crush lefties, as Houston leads the Bigs in long balls when facing southpaws.

Rodriguez has allowed three or more runs in eight of his 11 starts this season and in each of his last five starts overall. This is not the spot where he gets back on track.

Something’s not right with the New York Yankees? A date with the Minnesota Twins will clear that right up!

Thursday, they go up against former teammate J.A. Happ and, like the Twins in general, it has been a rocky start to the year for the lefty. Happ is pitching to a 5.61 ERA and 1.33 WHIP in his 10 starts this season. You could also make the argument Happ has only made two good starts all season and they came against the Pirates and Rangers.

Happ also pitched five innings or fewer in six of his starts this season, which means he has to hand the ball to a bullpen fairly early that ranks 25th in ERA and 26th in opponent batting average.

It has been difficult to rely on the Yankees scoring runs this season but against the Twins, all bets are off. Or on in this case. 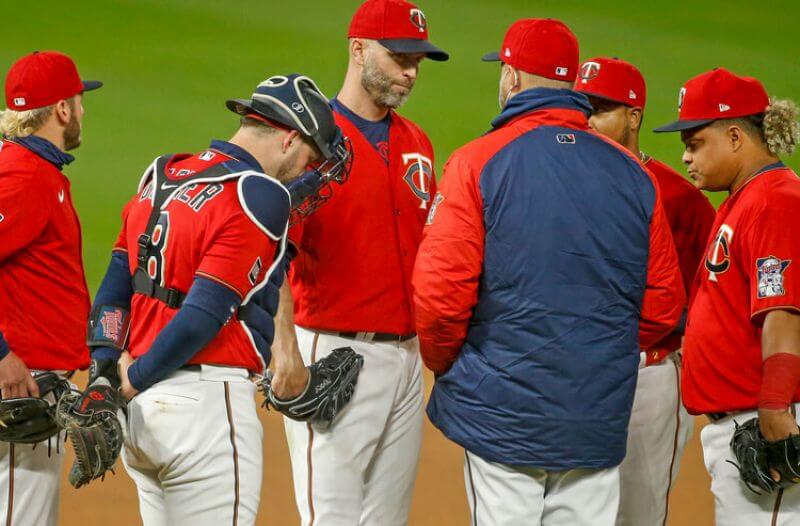 Today’s MLB Prop Bets, Picks and Predictions: If You're Happy and You Know It
Provided by