Both England and Germany are looking to get right after some poor performances over the weekend but are now faced with their closest rivals. Find out where the betting value lies in our Nations League picks and predictions below.

The domestic seasons around Europe are over but we’ve still got UEFA Nations League action to enjoy and it doesn’t get much bigger than Germany vs. England.

The two old enemies most recently met at Euro 2020 which England won, but this game will be played in Munich and the Germans want payback.

Will this exciting young German team win or will Gareth Southgate’s England beat their old rivals again? Don’t miss our Germany vs. England tips and predictions.

A) England to win + both teams to score BOOSTED to +600 at Betway! Claim Now

A day of heavy rain and even the potential for lightning and thunderstorms could make conditions for this game unfavourable.

There aren’t many rivalries in the sport like Germany vs. England, and on Tuesday we’re set to see the latest instalment as they meet for the first time since England won the Euro 2020 quarterfinal at Wembley last summer.

The rivalry obviously dates back a long time ago, to a time when the two nations were far from friends off the field, but in modern times it’s become a battle between the nation who invented the game and the one who perfected it.

We’ve seen time and again that ‘Die Mannschaft’ can turn water into wine, often coming into tournaments doubted and again showing the winning mentality that they’re so well known for. Sometimes with Germany, it feels inevitable, but since their incredible World Cup-winning team in 2014, they’ve been steadily declining and the team today is not as scary as it once was.

Ask any English fan about Germany and they’ll either shudder or mention penalties. No football team concerns the English like Germany but that quarterfinal win, like so many things under Gareth Southgate’s regime, may have eroded that fear factor. This is a talented England team, with some of the best young players in the world and a great track record in their past two international tournaments, reaching the World Cup semifinals in 2018 and Euro 2020 final last year.

There’s a huge amount of talent on display across both squads but if their weekend performances were anything to go by, it’s clear that both teams are shattered at the end of a long club season.

The game has barely stopped since restarting mid-pandemic and with a World Cup in November, the authorities are fitting in a huge amount of games in a short timeframe. That, for both teams, saw them perform badly over the weekend. Germany drew 1-1 to a poor Italy team who were missing some of their better pieces and England lost 1-0 to a Hungary team in one of the worst displays in Southgate’s tenure.

It didn’t take long for the Southgate detractors to come out after that game but we’re talking about an effectively meaningless game against Hungary and some of the reaction has been ridiculous. One thing we’ve seen throughout the Southgate era is that England often plays to the level of their opponents. They’ll struggle against inferior opponents but when they play one of the world’s better teams they show the talent we know they have.

It's expected that Kyle Walker, John Stones, and Harry Maguire will play across the back, with Reece James on the right side and Bukayo Saka playing on the left with James Justin taken off injured against Hungary.

Justin, as talented as he is, was poor against Hungary and with England’s formation, it’s clear that a right-footed left wingback doesn’t work and doesn’t offer the width that is needed. Kalvin Phillips probably deserves to start this game and will play alongside Declan Rice who is now one of the first names on Southgate’s team sheet. Harry Kane will, as always, play down the middle and we should see Raheem Sterling recalled alongside him and maybe Jack Grealish on the other side.

For Germany, Timo Werner didn't work down the middle against Italy and Kai Havertz, who knows these Premier League players well, should take his place. Thomas Muller, Serge Gnabry and former England youth international Jamalal Musiala will play behind him.

Joshua Kimmich will start in the middle although his partner isn’t quite so clear. We’ll see Hansi Flick stick with Niklas Sule and Antonio Rudiger at CB but again he might shuffle his team at fullback.

It's incredibly hard to pick a winner in this one. Germany were poor over the weekend and struggled against a weakened Italy, while England need to perform after that poor showing against Hungary.

Given what we’ve seen previously from England when it comes to playing against superior opposition, and this German team in particular last summer, I’d suggest the +250 on England is probably the best way to go here, but I wouldn’t advise huge stakes.

Both teams conceded at the weekend and neither team is as defensively strong as we have seen previously.

The rivalry might still be fierce between the fans but it’s hard to think the players will be quite so motivated after this long season. As a result, you can see his being high-scoring.

There’s one bet which really leaps off the page in this game and that’s at England’s left wingback slot.

It’s likely we see Bukayo Saka start there given that he came on as Justin’s replacement when the Leicester man got injured. Saka is better going forward than defensively and his directness will be of huge benefit to England’s attack, as will his left foot, which should allow him to get deep and put in crosses.

Tackling on the other hand isn’t Saka’s strong point. He picked up six yellow cards in 38 games for Arsenal in the Premier League this season but it’s key to remember that he was playing as a wide forward. Now he’s far deeper and will be lined up against Bayern Munich’s Serge Gnabry.

When Saka first burst onto the scene for Arsenal, he spent a lot of time at fullback and he gave up six yellows in 19 starts (and seven appearances from the bench) in that 2019/20 campaign.

These +450 odds look like those you’d expect for a forward and if he starts at wingback, which he should, then they’d be a huge value. 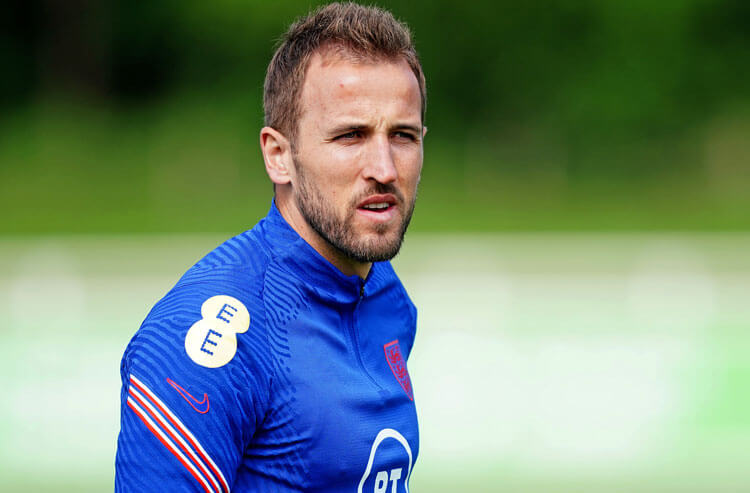