While McDavid, Draisaitl, and Kane make for an offensive heavyweight, it's actually been the defense — as well as the play of Mike Smith in net — that's led to some great late-season hockey. Read our NHL betting picks for Oilers vs. Penguins below. 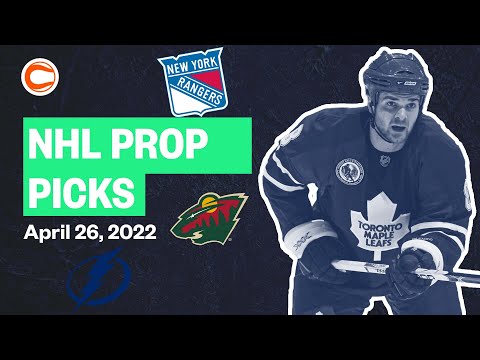 The Edmonton Oilers and Pittsburgh Penguins face off tonight in a battle of old versus new.

Between Sidney Crosby, Evgeni Malkin, Connor McDavid, and Leon Draisaitl, this matchup has a ton of talent, but with Tristan Jarry injured, the Pens will need someone to step up between the pipes should they contain Edmonton.

Keep reading our NHL picks and predictions for Oilers vs. Penguins on Tuesday, April 26 to see how it all shakes out.

The Penguins opened up as -160 home favorites, a number that has since ticked down to -155 at the time of writing. The total hit the board at 6.5 and has stood pat.

A) Connor McDavid and Sidney Crosby to combine for Over 2.5 points BOOSTED to +110 at BetRivers! Claim Now

B) Connor McDavid and Sidney Crosby to each score a goal BOOSTED to +375 at Caesars! Claim Now

The Oilers are 4-0 in their last four games against teams with winning records. Find more NHL betting trends for Oilers vs. Penguins.

Oilers vs Penguins picks and predictions

The Edmonton Oilers had been playing some really good hockey prior to their most recent outing with the Columbus Blue Jackets.

Mike Smith might have taken over the No. 1 goaltender job, having won his last seven starts (and Mikko Koskinen losing his last three). Smith didn’t play in the most recent game but is the expected starter tonight. Across those seven games, he has two shutouts to his name and has only allowed nine goals.

The Penguins' goaltending situation is far from ideal after an injury took started Tristan Jarry out of action. Casey DeSmith has been fine in Jarry’s absence, but he is definitely not an NHL No. 1 goalie. This season, DeSmith is 10-5-5 with a 2.72 GAA and a .915 save percentage.

Tonight's contest will be Pittsburgh's third in four nights. We could see fatigue set in, especially against an Oilers team that can out-skate nearly anyone in the NHL, and despite the loss, Edmonton is playing great hockey of late, having won four of their last five games.

In their last five games, the Oilers have outscored their opponents 21-10 and only three of their goals have come from the power-play unit. This McDavid-led front is doing a great job generating consistent 5-on-5 offense and is averaging a shade under 3.5 goals per game on the year.

I expect that to be too much for Casey DeSmith, and as such, am backing the Oilers to get the job done on the road.

Contrary to their reputation, the Edmonton Oilers have really stepped up on defense, especially when Mike Smith is between the pipes.

The Oilers have been the second-best defensive team in the month of April, only allowing 1.83 goals against per game with a 2.75 xGA/60.

The Penguins have been a phenomenal defensive team all season long, currently the fifth-best team in regards to defensive proficiency. They allow just 2.68 goals against per game and have the second-best penalty kill unit in the league (85.7%).

Casey DeSmith has done all that he’s been asked to do for the Pens as he has 2-1-0 in his last three starts and has only allowed four goals in those games combined.

I do think Edmonton will have some success offensively tonight, but Pittsburgh should be able to minimize the damages and with how well Mike Smith has played lately, I don’t see the Pens finding the back of the net too often tonight.

The Edmonton Oilers have been playing so well lately. Connor McDavid and Evander Kane have formed some incredible chemistry. Kane has tallied five goals and three assists in his last five games, while McDavid has a goal and nine assists over that same span.

The Penguins have not been very impressive offensively of late (2.79 gpg in April) and have been even worse defensively, allowing 3.57 goals against per game.

The Oilers won the first meeting between these two teams back in December and they need this win to clinch home ice in the first round of the playoffs.

Despite being road underdogs, I think this is Edmonton's game to lose. 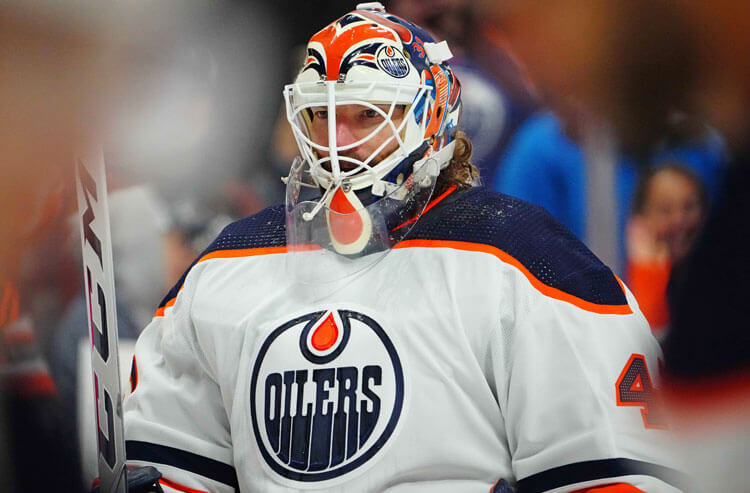 Oilers vs Penguins Picks and Predictions: Value Lies With Road-Dog Oilers
Provided by