James Conner has rushed for multiple touchdowns in back-to-back games and is getting plenty of opportunity inside the red zone for a dangerous Cardinals offense. We like him to score again vs. the 49ers. Check out all of our top Week 5 TD props. 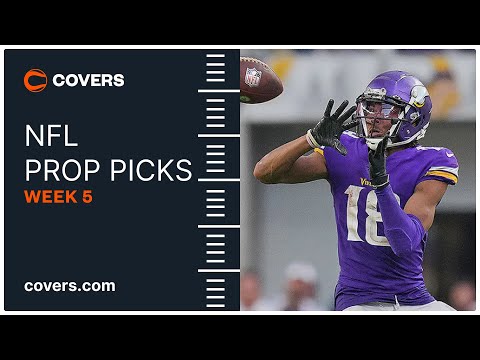 We’re coming off our third profitable TD week with a 2-2 SU +1.7 unit Week 4. For our Week 5 bets, we've identified some strong tight end and running back options that we're confident will help us cash in again.

Nick Chubb at even money is not something we're going to turn down and we're also riding with touchdown machine James Conner for the potent Arizona Cardinals.

We’ve fallen smitten over this week’s TD prospects and feel we have a great mix of value plus matchups on this week’s card.

Here are our favorite TD prop picks for Week 5.

We’ve already confessed our love for Buffalo TE Dawson Knox in our prop predictions but there's still plenty of value remaining on the tight end’s TD prop price that is as high as +250.

Knox comes into his matchup with the Chiefs having scored four TDs over the last three weeks and sits second on the team in RZ targets with seven, including four last week. Knox could be this year’s Robert Tonyan.

Kansas City's Daniel Sorensen is the second-worst graded safety in football, per PFF, and has been getting roasted by opposing tight ends over the last two seasons. Just this year, KC is allowing 87 yards per game to TEs and is giving up TDs in the red zone at an 80 percent rate. Knox is one of Allen’s favorite targets in the RZ and with the total for this game coming in at 56.5, points are expected Sunday.

Knox saw the Chiefs last year in the AFC Championship and was heavily involved, getting targeted eight times for 47 yards and a touchdown. At +250, this a 1.2u play for us to win three units.

Rob Gronkowski is likely out again this week, meaning Cameron Brate will have a bigger role in the warm and likely dry confines of Raymond James Stadium. The whole Tampa offense was out of sync last week in the rain at Foxboro but things should change in a non-conference game as 9.5-point favorites versus the Dolphins.

Brate was in for 64 percent of the offensive snaps last week and saw six targets, including a pair in the end zone. Of his 49 snaps, 33 were on passing downs while fellow TE O.J. Howard saw 28 of his 51 snaps in the running game. Howard finished with just one target and isn’t a big threat to steal routes from Brate.

Brate’s usage and involvement with the offense have brought the price down on his TD prop substantially, but it's still a great bet at +275 in this Tom Brady-led offense that's looking to rebound. We’re dropping 0.8 units on Brate in a Tampa bounce-back spot to win 2.2 units.

The Browns are in a three-way tie for first in the AFC North at 3-1 but have been hit with some bad news as QB Baker Mayfield has an apparent labrum tear in his non-throwing shoulder. He's expected to play through the injury but it’s safe to assume that the passing game, which was already struggling, will take a hit. It’s a good thing for the Browns that they might be the best traditional running team in football.

Nick Chubb and Kareem Hunt have combined for six rushing TDs this year (three each). The Browns have rushed the ball 34 times in the red zone compared to just 15 passes and have six RZ TDs to show for it. Chubb had seven scoreless RZ totes last week while Hunt scored on one of his two.

Chubb has out-touched Hunt in the RZ 20-10 this season a faces a Chargers' defense that gave up a pair of rushing TDs to the Cowboys in Week 2 and let Clyde Edwards-Helaire rush for 100 yards in Week 3.

Chubb’s TD price closed at -150 last week but can be had at even money for a great Week 5 matchup with a banged-up QB. Hunt will get a few cracks but Chubb usually gets first dibs inside the 20. We’re dropping 1.5 units here with this great price.

The Cardinals will be looking to move to 5-0 SU Sunday as they take on the 49ers as 5-point home favorites. No. 1 RB Chase Edmonds has been limited at practice this week and although we do think he suits up, fellow RB James Conner’s role has been expanding and he may get a few extra looks in this matchup.

Last week versus the Rams, Conner rushed a season-high 18 times and scored twice in the red zone. Arizona didn’t pass once in the fourth quarter and leaned on Conner and Edmonds to eat the clock.

Conner did his damage playing just 46 percent of the snaps but led the team in red zone rushes with six. Edmonds plays more between the 20s while Conner seems to be trusted more inside the 20 as his 14 RZ rushes are six more than his partner.

The 49ers are allowing 1.2 rushing TDs per game which is a bottom-six mark in the league. They've also allowed at least one rushing TD in each game this year. 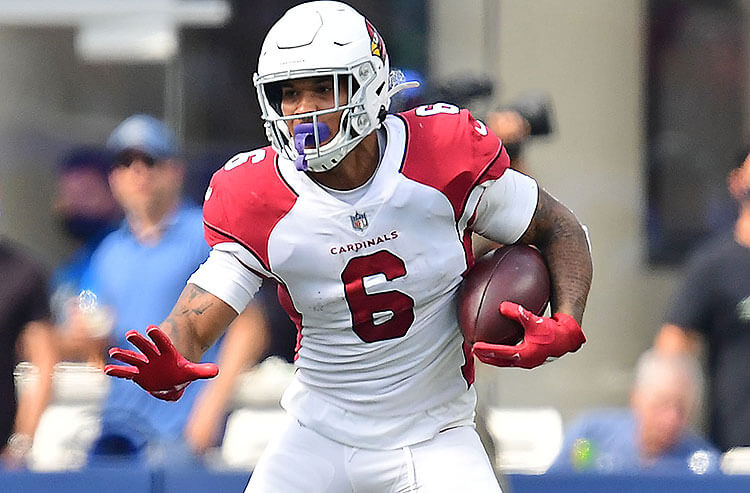