Sometimes one bet just isn't enough of a sweat. Luckily, the Parlay Queen, Monique Vag, is here with her weekly NFL parlay picks, giving you the best bets to double down on for Week 5's action. 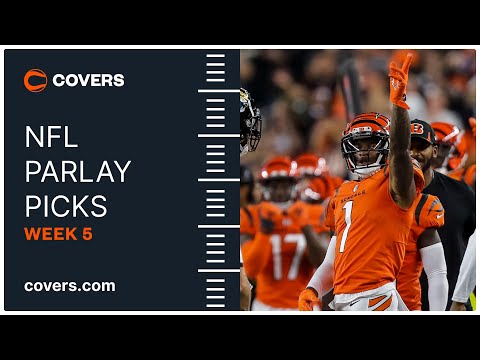 Week 5 is upon us and at this point, surprisingly, we only have one undefeated team remaining. That team happens to be the Arizona Cardinals, who have outscored opponents 140-85. Although they are in a good spot to keep their undefeated streak alive at home, there are other wagers I'm targeting in Week 5.

Take a look at my favorite Week 5 NFL parlay picks, below.

The New England Patriots travel to Houston to take on a Texans team who have lost three in a row by 10 or more points and are fresh off a 40-0 dismantling at the hands of the Buffalo Bills. They are led by rookie quarterback Davis Mills, who has struggled to protect the football, and things aren't going to get any easier as they meet Bill Belichick and his 22-6 record overall versus rookie quarterbacks.

The Pats have already met a rookie quarterback this season, against the Jets and Zach Wilson, when their defense totaled four sacks and four interceptions en route to a 25-6 victory. If Mills' first games as a starter is any indicator, expect much of the same fate the Jets suffered in a game that has every making of a blowout.

The New Orleans Saints travel to FedEx Field to take on a Washington Football team coming off a 34-30 win versus the Atlanta Falcons last week. The Saints weren't so lucky last week and hope to turn the tables Sunday, as they are fresh off a 27-21 heartbreaking overtime loss to the New York Giants.

Through four games the Saints rank second-last in the NFL in terms of passing yards per game, with only 576, but have had a lot of success rushing the ball thus far. The Washington defense is a lot better than it has shown thus far and although it isn't the easiest task slowing down a Saints offense, time should at least be on our side with a Saints team that will control time of possession through a great rushing attack.

Sunday, the Cincinnati Bengals play host to the Green Bay Packers, who look to make it three wins in a row. While the Packers are led by quarterback Aaron Rodgers and the NFL’s receptions leader, Devante Adams, the Bengals have an ace of their own in wide receiver Ja'Marr Chase, who is making his impact felt.

Through four games, Chase has found the end zone four times on 17 receptions. Most of his receptions have been for considerable gains, averaging 17.5 yards a catch, with a long of 50. He's caught a pass for 30 or more yards in four straight games. Since 2013, only Stefon Diggs has made it five games in a row of 30+ yards during his rookie season. Look for Chase to tie history.

Since becoming the Vikings’ quarterback, Kirk Cousins has dominated the Detroit Lions, posting a 15:1 touchdown to interception ratio with his last interception coming in 2018. The Vikings as a whole have won seven straight games versus Detroit and now get the luxury of meeting the Lions shorthanded, particularly on the defensive side.

Look for another clean game out of Cousins, and the Vikings to place an emphasis on the running game against a Lions team surrendering an average of 132.8 yards per game, ranking them 24th, in another contest that looks like a blowout. 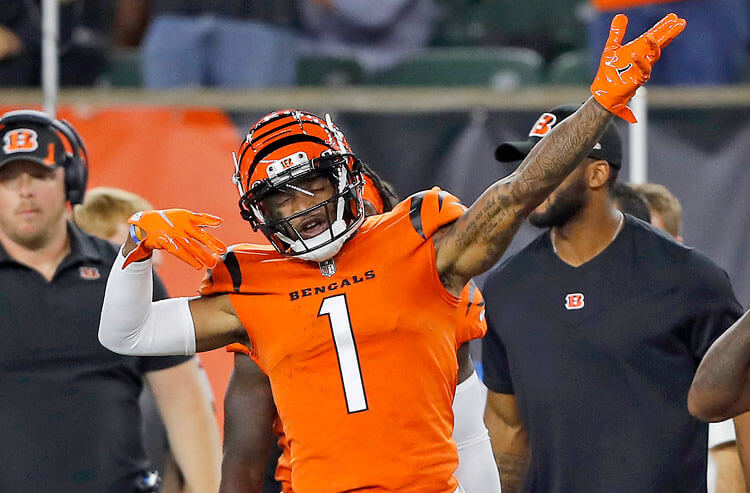