Two star-studded teams collide in the Divisional Round, and we've got the best prop bets and single-game parlay line up for Rams vs. Buccaneers. Get the breakdown on which players to back or fade, including Odell Beckham Jr.'s endzone tendencies. 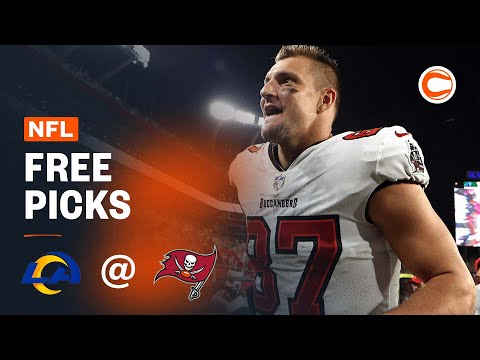 Both the Rams and Buccaneers head into Sunday’s game full of confidence after being on the right side of demolition jobs in the Wild Card Round. Can Sean McVay get one over Tom Brady, or will history repeat itself with TB12 coming out on top like he did at Super Bowl LIII?

Two of the NFL’s best offenses and toughest defenses meet on Sunday, but where can we find the best value in the prop bet markets? Don’t miss out on our Divisional Round prop bet picks and same-game parlay for the Los Angeles Rams vs. Tampa Bay Buccaneers.

Rams vs Buccaneers Divisional Round props

Volume is king in sports betting, and nobody is getting volume like Mike Evans at the moment. Chris Godwin is out, Antonio Brown has long gone and now Tom Brady has very few guys he really trusts to throw the rock to, and we know how much Brady likes to target people he trusts.

We know that Brady’s BFF, Rob Gronkowski, will get his share, but the receiver room besides Mike Evans is empty.  There are Tyler Johnson, Breshad Perriman and Scotty Miller, but nobody who’ll see a heap of targets. In the last two games minus both AB and Godwin, we’ve seen Mike Evans feast. He turned six targets into 89 yards against the Panthers and nine targets into 117 yards last week against the Eagles.

Evans is one of the league’s truly elite wideouts and the Bucs are going to have to get him the ball if they want to win this game. Don’t worry about the threat of Jalen Ramsey, don’t worry about Gronk, just hammer the Over on 70.5 receiving yards for the former Texas A&M man.

When Odell Beckham Jr left Cleveland under a cloud in November, he was to only ever going end up on a playoff team, but there was still a lot of surprise when that team was revealed to be the Rams. With Robert Woods missing, they needed a top receiver to play alongside Cooper Kupp, and OBJ fit the bill.

He’s been a superstar since arriving in LA, catching six touchdown passes in nine games and thriving with a competent QB in Matt Stafford. With most defenses focusing on the man who rightfully deserves the MVP award, Cooper Kupp, it’s helped OBJ get one-on-one matchups and dominate, especially in the red zone. He’s not putting up monster yardage, but he’s been very effective when the team is near the goal-line. At +160 odds he’s huge value to add another touchdown on Sunday.

Cam Akers making it back onto the field this season has been one of the feelgood stories down the stretch. But not all great stories have fairytale endings. Akers’ rushing line currently sits at 50.5 yards and we’ll be playing the Under on this.

Last week, he managed to get 55 yards on 17 carries averaging a pretty unimpressive 3.2 yards per carry. Only the Cowboys and Patriots gave up more rushing yards last week that the Cardinals. Now he’s against the Buccaneers, who only gave up an average of 92.5 rushing yards per game in the regular season, the third-best mark in the league.

With the Bucs favorites, it means we could see game script go against Akers rushing that often. Add to that Sony Michel, who has been brilliant since arriving in a trade from New England, and you get a very unclear picture of how Akers will cover that line. Take the Under on Akers, it’s great value.

Same-Game parlay for Rams vs Buccaneers

A same-game parlay’s a fun way to sweat any contest, and I think I’ve pulled out a monster at +3,216. First up we’ll be looking at the GOAT, Tom Brady, and in particular his rushing yards. Brady has at least one rushing attempt in 13 games this season. He hasn’t always hit that magic mark of Over 1.5 rushing yards, but he has attempted it more than not. I think it’s a great bet on Sunday in a game where the Buccaneers will be pulling everything out of the playbook

Next up, we’ll be backing two players to score touchdowns. The first is Odell Beckham Jr — I went into deeper reasoning for this pick above, but the value is just too good to ignore for a player who has been such a menace in the red zone since being acquired by the Rams.

Next up, we have Cameron Brate, the Buccaneers tight end. He’s only found the endzone four times this season, but two of those occasions were in the last four games and he’s becoming a more important red-zone option since Chris Godwin got injured and Antonio Brown left the team. The Rams, for all their defensive strength, are only 17th in the league for yardage allowed to tight ends, and it’s one potential weak point. We also saw Brate feature heavily for the Bucs against the Rams when they met in Week 2 with Brate hauling in four of his five targets. He’s the longshot in the parlay but helps beef it up to a really attractive price. 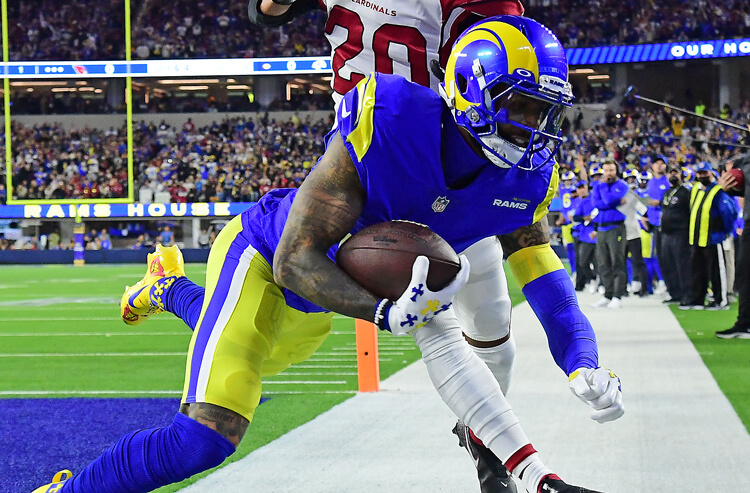