The closest NFL betting line for Week 13 is a game between the New England Patriots and Los Angeles Chargers, which opened as a pick'em.

The Patriots are coming off a win against the Cardinals to improve their record to 5-6, while the Chargers will try to snap a skid which has seen them lose four of their last five games.

We break down the NFL odds with our best picks and predictions for the Patriots vs. Chargers on Sunday, December 6, with kickoff at 4:25 p.m. ET.

This game will be played indoors at SoFi Stadium. Be sure to monitor the gametime conditions for other matchups with our NFL weather info.

The Under is 11-2 in the Patriots' last 13 road games against teams with a losing home record. Find more NFL betting trends for Patriots vs. Chargers.

Los Angeles ranks a respectable 16th in the league in scoring with 25.2 points per game, while New England is 27th with 20.8 ppg. On defense, the Bolts are 15th in yards per play allowed and the Pats are 28th.

So if the Chargers, on paper, come into this game with the better offense and defense and also have home-field advantage why is this contest a pick'em?

Well, games aren't played on paper, and the biggest gap between these teams is coaching. Even with a talent-depleted squad, Bill Belichick is still the best coach in the league, and with Chargers head coach Anthony Lynn's head-scratching game management and play-calling, he might be the worst.

The Chargers are coming off a loss to the Bills and are now 2-8 SU over their last 10 games, including 0-5 ATS in their previous five.

On the other hand, the Patriots have ground out three wins in their last four contests, including victories against Arizona and Baltimore where they contained dynamic quarterbacks Kyler Murray and Lamar Jackson.

Prior to that four-game span, the Pats lost a close battle on the road to Buffalo, but they also shut down Bills standout QB Josh Allen in that contest. Think New England will be able to handle rookie QB Justin Herbert on Sunday? I sure do.

Herbert has been very impressive in his first year with the Chargers, but even with him under center and running back Austin Ekeler returning to action in Week 12, the Chargers managed just 17 points.

A big reason why the Pats have been so profitable to Under bettors have been their slower-paced, run-heavy offense under new QB Cam Newton. New England is third in the league in rushing play percentage and will likely lean on their ground game against a Chargers defense that's 30th in the league in yards per carry allowed.

The Pats have only scored more than 23 points once in their past eight games, and that was against the winless Jets. Since we're betting on them to win this matchup, the Under is the play.

The Chargers and Patriots have both struggled in the red zone this season, ranking 23rd and 24th in the league respectively in red-zone touchdown percentage. That could result in a decent number of field goal attempts on Sunday.

Reliable field-goal kicking has always been an ingredient to New England's success and this year is no different, with veteran Nick Folk converting on 19 of his 21 field goal attempts, with both misses coming from more than 50 yards.

Chargers kicker Michael Badgley has been inexplicably awful when it comes to hitting PATS but he's been decent when kicking for three points, and 11 of his 17 field goals this year have come during the second half of games.

This game is expected to be a close one which could mean these teams trading late-game field goals as they jockey for a lead. Take the Over on the number of second-half field goals. 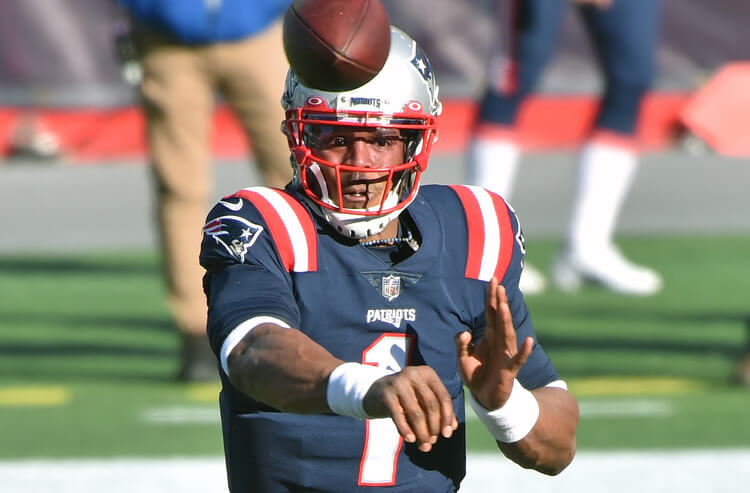 Patriots vs Chargers Week 13 Picks and Predictions
Provided by