NFL Week 12 took quite a while to wrap up, but NFL Week 13 odds are on the board, and several betting factors are already in play. That includes the typical injury information, most notably this week involving New York Giants quarterback Daniel Jones.

This week’s NFL Cheat Sheet serves as one-stop shopping for that information and more. Covers checks in on NFL Week 13 injuries, weather, consensus picks, Pros vs Joes and more. Check back throughout the week for NFL injury updates, popular picks, and notable contrasts between sharp bets and public money.

Pittsburgh Steelers: Quarterback Ben Roethlisberger (knee) was listed as questionable over the weekend for Monday's 5 p.m. ET kickoff against Washington, but he is expected to play. The Steelers opened -10 at The SuperBook and were down to -6.5 Sunday.

Baltimore Ravens: After losing with a severely short-handed roster in Week 12, the Ravens activated running backs Mark Ingram II and J.K. Dobbins, as well as defensive lineman Calais Campbell from the reserve/COVID-19 list on Saturday, with all expected to play Tuesday night against Dallas. Quarterback Lamar Jackson has not been activated off the list yet, but is eligible to be reinstated on Sunday and is also expected to play Tuesday. The SuperBook waited to post this game until Sunday morning, opening at Ravens -7.5 and quickly moving to -9.

New York Giants: The Giants, who believe it or not are tied atop the NFC East at 4-7, got good news early this week that Jones' hamstring injury doesn't appear to be serious. However, on Friday, the team announced that Jones is doubtful to play Sunday at Seattle, and Colt McCoy appears set to start. New York opened +9 at The SuperBook at Westgate, moved to +10 Monday, to +10.5 Friday morning and went to +11 after the update on Jones. The total opened 48.5, bottomed out at 46.5 Wednesday and actually moved up from 47 to 47.5 after the Jones update.

Las Vegas Raiders: Running back Josh Jacobs sprained an ankle in Sunday's blowout loss at Atlanta, and on Friday afternoon, the Raiders announced he would sit out Sunday's game at the New York Jets. The SuperBook immediately responded by moving Las Vegas from -9 to -8.5. Prior to that move, the Raiders opened the week -8.5, dropped to -7.5 and rebounded to -9.

Miami Dolphins: Rookie quarterback Tua Tagovailoa (thumb) was questionable all week, but is expected to start Sunday's home contest against Cincinnati. Matt Breida went on the reserve/COVID list Friday, further thinning Miami at running back. The Dolphins opened -11.5 and stayed there most of the week, but on Friday afternoon dipped to -10.5. The total initially fell from 43 to 41.5, but got back to 42.5 Thursday morning.

New England Patriots: On Friday afternoon, the Patriots-Chargers line moved from pick to Los Angeles -2, after news that New England QB Cam Newton (abdomen) is questionable for Sunday's matchup. The total also inched down a half-point to 47, but Newton is expected to play. Wideout Julian Edelman, already on injured reserve due to a knee injury, was placed on the reserve/COVID list Monday. Edelman was not expected back in Week 13.

Kansas City Chiefs: Rookie running back Clyde Edwards-Helaire (illness) is questionable for Sunday night's home game vs. Denver. The Chiefs dipped a notch Friday afternoon at The SuperBook, from -14 to -13.5.

Denver Broncos: Wideout Jerry Jeudy (ankle) and running back Phillip Lindsay (knee) are questionable Sunday night at Kansas City. However, the line at The SuperBook ticked from Broncos +14 to +13.5 Friday afternoon.

Minnesota Vikings: Running back Dalvin Cook was limited in practice Wednesday and Thursday. The Vikings-Jaguars total dropped 1.5 points Thursday afternoon at The SuperBook, from 52.5 to 51, which is where the total opened. On the spread, however, The SuperBook on Wednesday moved Minnesota from the opener of -9.5 to -10, and the line remained -10 Thursday.

Chicago Bears: Wideout Allen Robinson (knee) is questionable for Sunday's home tilt against Detroit, but it looks as if he'll play. The SuperBook's line has been steady at Bears -3 since Monday afternoon, after opening -3.5 and briefly getting as high as -5.5. And the total actually ticked up Friday from 44.5 to 45.

Detroit Lions: Matthew Stafford (thumb) is questionable for Sunday's game at Chicago, but SuperBook oddsmakers appear to believe Stafford is a go, as this line remained stuck at Lions +3 Friday.

Las Vegas Raiders at New York Jets: The updated forecast Thursday pretty much eliminated any chance of rain Sunday at MetLife Stadium, but winds of 10-20 mph are expected. The total went from 46 to 47.5 early in the week, then inched back to 47 Thursday morning at The SuperBook.

Detroit Lions at Chicago Bears: Early in the week, it appeared wind could be an issue Sunday in the Windy City. The updated forecast Thursday shows that to be much less likely, with very light winds and almost no chance of precipitation, either.

Las Vegas Raiders at New York Jets: This line is bouncing around at The SuperBook, from Raiders -8.5 to -7.5 and back to -8.5, where the number sits Wednesday evening. "Some sharp support for the Jets early, but so far, the Raiders have been the most-wagered-on team by the public, which has caused the line to come back up," SuperBook manager/oddsmaker Eric Osterman said.

Washington Football Team at Pittsburgh Steelers: Pittsburgh dropped from -9 to -7 at PointsBet USA. "Bets on the side are at an even 50/50 split, but just over 80 percent of the money is backing Washington, including some early sharp action," PointsBet's Patrick Eichner said Friday afternoon, while noting the public, per usual, is on the Steelers. 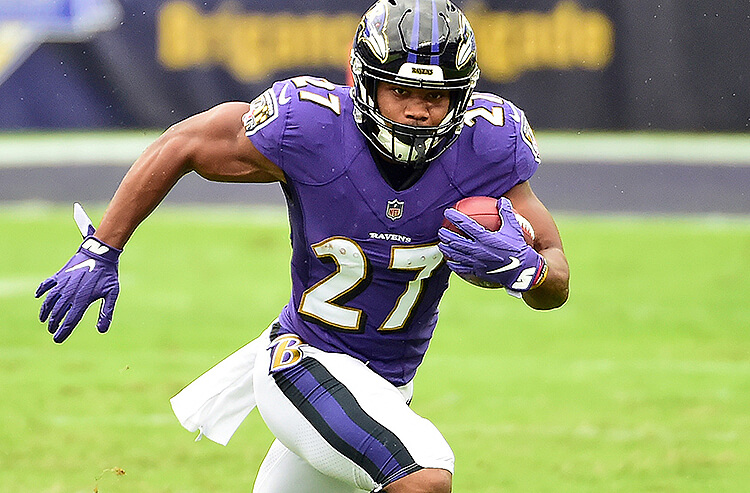