A significant amount of holiday traditions are tied to Christmas movies. Every family has their favorite film, hunkering down on the couch with heaping bowls of popcorn, ready to spout the best scenes line by line.

Out of all the holiday practices, settling in for a long winter’s night of movie binging is the most 2020-compliant activity. It’s something I’ve been indulging in for the past month, checking off my annual must-watch list counting down to December 25.

With visions of Christmas movies dancing in my head, it would only make sense that my NFL betting picks and predictions for Week 16 are inspired by a few of my favorite holiday flicks.

From NFL Underdogs, myself and the Covers Team, “Happy Holidays and Merry Christmas. May your stockings be stuffed with half-point hooks.”

The fails of the Atlanta Falcons are almost comical at this point. Just like the best-laid plans of Clark Griswold, you know disaster is just around the corner.

Take Week 15 for example: Atlanta held a 17-0 lead over Tampa Bay at the halftime break, only to empty the shitter in the second half, getting outscored 31-10 in the final 30 minutes of football to lose 31-27. It was another cringe-worthy collapse that you saw coming, but you couldn’t dare look away.

The Falcons have all the functionality of Clark’s Xmas lights: flashes of brilliance, but unable to shine when everyone’s looking. And because of that, bookies are gifting ATL 10.5 points at Arrowhead this weekend (You can see that line, can’t you Russ?).

Despite that double-digit spread, things in Atlanta aren’t on the threshold of hell and what may look like a subscription to the “Jelly of the Month Club” could be a tasty Christmas bonus. The Falcons did cover as 6-point underdogs at Tampa last Sunday and own an average margin of victory of almost 4.6 points per game since firing Dan Quinn back in mid-October.

Atlanta is out of the playoff picture but has plenty to play for in these final two games. The front office will be bringing in a new GM, and interim head coach Raheem Morris is trying to win the long-term gig. Everyone will be out to impress in order to secure their 2021 future.

As for the Chiefs, they’re making history by playing with fire – like Uncle Lewis lighting up his stogie next to a dried-out Christmas tree. Kansas City is the first NFL team to win six straight games by one score or less, going 1-5 ATS in that span. The Chiefs could be ripe for a letdown after that huge matchup versus New Orleans last week, and with the top seed in the AFC all but in the bag, they could be more focused on staying healthy in the final two weeks than flattening the Falcons.

But this is the Falcons, so be prepared to go off on a profanity-laced “Hallelujah! Holy shit!” rant at some point on Sunday and keep the Tylenol handy.

The Rams are… A Christmas Carol.

Los Angeles received an Ebenezer Scrooge-sized wake-up call in Week 15, with that stunning loss to the Jets scaring this team straight like the Ghost of Christmas Future just floated into the Rams’ locker room.

The 23-20 defeat to then-winless New York was bad, but may just be what this talented team needs to get on the right path before the playoffs. Los Angeles is currently parked in the fifth slot in the NFC standings and can still overtake the Seahawks in the final two weeks of the schedule.

Seattle has jumped ahead in the NFC West thanks to a recent feast of sugar-sweet opponents that would make the Ghost of Christmas Present jealous. The Seahawks have filled their bellies with NFC East foes (although they lost to the Giants in Week 13) and chowed down on the Jets for a 40-3 victory in Week 14. That fluffy slate has made this Seattle defense look much better than it really is.

As for the Ghost of Christmas Past, Los Angeles did knock off the Seahawks 23-16 as 3-point home chalk back in Week 10. The Rams’ recent history also shows success against divisional rivals (8-3-1 ATS last 12 versus NFC West) and healthy returns on the road (12-5 ATS last 17 games as visitors).

As grim as last Sunday’s game was, there’s still time for Sean McVay and L.A. to change their fate.

The Titans are… Jingle All The Way.

Just like Arnie battling Sinbad for the elusive Turbo Man action figure on Xmas Eve, Tennessee is fighting the Indianapolis Colts in a “down to the wire” finish for the AFC South crown and a home game in the expanded Wild Card Round.

And just like Arnold Schwarzenegger’s character Howard Langston, the Titans are relying on their physical gifts to stiff-arm competing shoppers in order to score that must-have toy for prepubescent Darth Vader.

Running back Derrick Henry is pounding opponents into the ground, with more than 1,000 rushing yards on 5.7 yards per carry since Week 9, while burly receiving targets A.J. Brown, Corey Davis, and TE Jonnu Smith dwarf would-be defenders, helping the Titans convert over 75 percent of their red-zone reps into touchdowns.

Not only are the Titans trying to outpace the Colts, but they clash with the Green Bay Packers in Week 16, with the Cheeseheads defaulting to the role of Jingle All The Way’s ultra-cheesy neighbor Ted Maltin, played perfectly by the great Phil Hartman.

On the surface, it looks like the Packers have it all together and would love to spoil the Titans’ Christmas. But underneath, Green Bay has climbed to the top of the NFC on the backs of some pretty poor opposition. In fact, the Packers haven’t faced a playoff-quality team since losing at Indianapolis in Week 11 and have played just three teams currently pegged for postseason spots (Saints, Bucs and Colts).

Defensively, Green Bay sits near the bottom half of the DVOA rankings at Football Outsiders and faces a Titans attack going “Turbo Time” on opponents, ranking third in offensive DVOA and topping the NFL in scoring with 31.1 points per game (tied with Kansas City).

The mighty Titans are going to punch the Packers right in the mouth, just like Arnie did to that reindeer at the 58-minute mark of the movie. Yep, that’s right. HE PUNCHED A DAMN REINDEER! 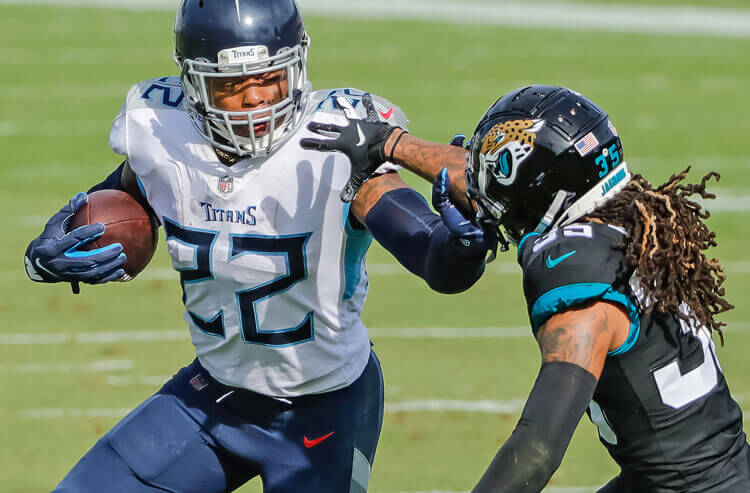