We're coming down to the home stretch of NFL betting for the 2020 regular season, and thus, the conclusion of our staff teaser and parlay picks competition.

The finish line might still look like an oasis for our battle-weary staff. We've stepped on just about every landmine while navigating the high-variance, injury-prone, COVID-19-ransacked mess of a season NFL bettors have endured.

But between the pack and the finish line lies the final boss: Publishing Editor Jared Hochman, who still holds a substantial lead. With little time left to cover lost ground, many are switching up their tactics and lobbing high-upside, hail-mary grenades with their eyes on the prize.

Will they connect? Or will our picks – as has often been the case this year – blow up in our faces? Let's dive into Week 15 and find out:

We have a healthy lead heading into the final weeks. We don’t need to go for a big kill shot, but rather just try to tack on a couple more units and force our opponents to actually hit a parlay.

Yes, this feels like the betting equivalent of playing “prevent” defense (which I always say will prevent you from winning), but we're doing it anyway. Let’s tease the Packers and Colts down through some key numbers while puffing up the Hoodie to get an extra cushion against his latest sacrificial lamb of a rookie QB.

The Champ is running out of chances to defend his title. But we are just one epic leg drop from rising like an Undertaker gif. Belichick struggles in Miami. The Chiefs edge the Saints in a shootout in Drew Brees' return. And the Colts take care of business against the Texans.

As we have stated before “If you’re not first…you’re last”, it’s week 15 and I’m in 4th place. With that in mind, it’s time to chew some Big Red, learn to drive WITH the fear and, make a move to jump to the top.

Everyone this week is talking about how hard it is for rookie QBs to face Bill Belichick, but I’m banking on the Patriots having their traditional tough game in Miami. Brady beats the Falcons, the Football team upsets the Seahawks, and KC thumps the Saints.

Still playing a bit loose, as the goal is to catch Jared, so I’m putting together a six-teamer. I think Buffalo takes care of business in Denver with a chance to clinch the division so I’m taking them on the moneyline. I also think the Pats at least stay close with the Fins as, let’s face it, Tua just hasn’t been very good. Then I’m just adding on a few teams that I see winning in Tennessee, Tampa Bay, Cleveland, and Pittsburgh.

We’re getting down to crunch time, so we’re swinging big in case we hit it. Kind of. We’re going 3-team parlay this week, looking at Colts -7.5, Cardinals -6.5 and Ravens -13. This all-chalk triple-decker is paying out a cool 6/1.

There once was a teaser/parlay contest,
With one competitor far ahead of the rest.
With Hoch in the lead,
A new strategy was in need.
Parlays would now decide who is best.

We're officially in full-on meltdown mode and haven't posted a W in two months. Unfortunately, I don't have Mitch Trubisky to re-insert at QB, so I'm just gonna have to line up a parlay with ever-increasing trepidation and pray like I'm 2010 Tim Tebow facing a third and long:

These picks have been as good as Trayvon Mullen's coverage on Thursday night. But all it takes is one 3-teamer to jump near the top. Hey, at least we aren't last.

Buffalo could be in a let-down spot but Denver's offense still stinks despite last week's results. Green Bay has the league's best offense and Aaron Rodgers is making an MVP push. Changing QBs has the Eagles believing they can win the division.

But here we go, trying to snap a lengthy skid on three-teamers. I never put my Denver Broncos in these but clearly, that’s not helping. So let’s put ‘em in at +6 vs. the visiting Bills. That we, I either start strong or just blow this week’s experiment up early, since the game is Saturday.

Also going Cowboys +3 at home vs. 49ers and Cardinals –6.5 at home vs. Eagles. Fade accordingly, friends.

Feel free to shout out our picks (or throw us shade) for our NFL teaser and parlay bets by hitting us up on Twitter! 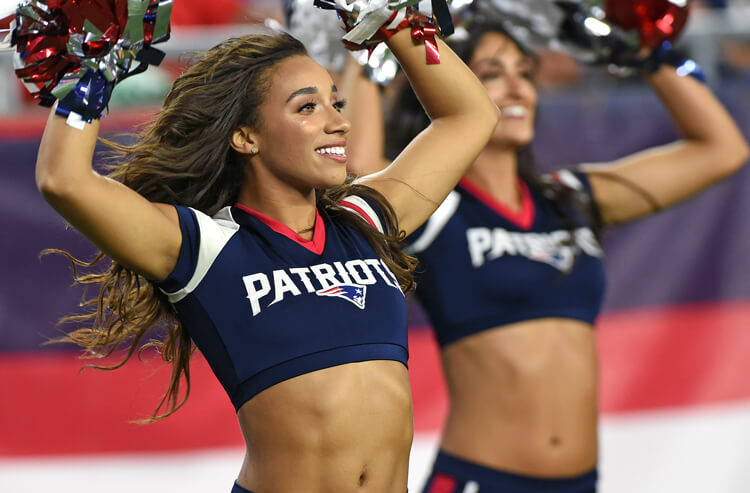