After getting pantsed by the Bills on Thursday Night Football in Week 1, Sean McVay went back to the drawing board with the defending champion Los Angeles Rams. Books have potentially overadjusted ahead of Week 2's clash with the Falcons. 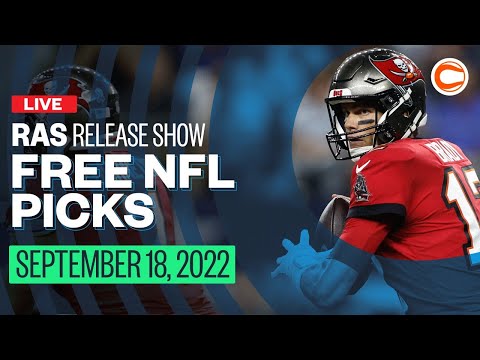 The Los Angeles Rams have been waiting a while to get a bad taste out of their mouths and can do so by hosting the Atlanta Falcons in Week 2 of the NFL season.

Los Angeles was rolled by Buffalo at home last Thursday, but that mid-week season opener has allotted the defending Super Bowl champs extra time to tighten the bolts before a major jump in competition this Sunday.

Atlanta is a far cry from the Bills, coming off a Week 1 collapse to New Orleans that saw Arthur Smith’s team give up a 16-point lead in the fourth quarter and fall to the rival Saints 27-26.

This game was once pegged as the biggest point spread of the 2022 look-ahead lines but has slimmed significantly since the events of Week 1. We break down that spread, the Over/Under total, and give our best NFL picks and predictions for Falcons vs. Rams on September 18.

Falcons vs Rams picks and predictions

The Rams have been stewing for more than a week on the heels of that poor showing last Thursday. Los Angeles was pretty bad, top to bottom, but it was Sean McVay’s offense that took the brunt of the criticism.

McVay told the media that they’re anxious to get back out there and play with a sense of urgency — even with a lot of football to come in 2022. He also mentioned the strategic advantage of not playing on Sunday and having a chance to really study the Falcons' defense and what it did against the Saints. And while this isn’t a traditional bye, McVay’s Rams have been very good when given extra time to build a game plan.

Atlanta checked New Orleans to only seven points in the opening half, but the wheels started to come off this stop unit as the Saints picked up momentum, with many of their skill players taking the field together for the first time in real speed.

New Orleans finished with an EPA per play of +0.300 in the final two frames — seventh best — including the best fourth quarter for any offense in Week 1. The Falcons are projected to have one of the worst defenses this season and definitely defaulted to that in the final 30 minutes of Week 1.

McVay has been known to run a more methodical pace in opening halves but did post the seventh fastest tempo in terms of plays per second against the Bills in Week 1. He’s aiming to get his offense going quickly and to find a rhythm — something he admits didn’t happen vs. Buffalo.

This game originally had a look-ahead line of Rams -13.5 with a total of 49.5 points, which has since slimmed as low as L.A. -10 (now -10.5) with the Over/Under dipping as much as 2.5 points. I think there is a knee-jerk reaction to that rough start for the Rams and I believe the Falcons fall back to earth — as we saw them do down the stretch vs. the Saints — leading to a big opening half for Matthew Stafford & Co.

The look-ahead markets set in the spring and summer had L.A. as big as -13.5 for this Week 2 contest. Following the Rams' embarrassing loss to Buffalo, those books that did re-open the line pegged L.A. as 12-point home chalk. Then, after Atlanta took NOLA to the wire, the market reset again with Los Angeles giving as few as 10 points and action on the Rams running that to -10.5.

According to DraftKings, they’re heavier on Falcons money in the opening days of action, drawing 57% of bets and 61% of money on the underdog. Covers Consensus is showing 52% of picks on the Falcons as of Wednesday afternoon.

The Over/Under was as high as 49.5 points on the look-ahead lines in the summer, with the Rams offense expected to do the lion’s share of the scoring. However, with such a dull effort against the Bills defense in Week 1 — with L.A. ranked out 31st in EPA per play — oddsmakers are reacting to that showing and re-opened the total at 47.5 points. It sits between 47 and 47.5 points as of Wednesday afternoon.

Rams head coach Sean McVay is 18-8 SU and 16-9-1 ATS when coming off a loss during his tenure in Los Angeles (since 2017). Find more NFL betting trends for Falcons vs. Rams.

Falcons vs Rams Week 2 Picks and Predictions: Los Angeles Puts Week 1 Loss Behind It
Provided by