Successfully spotting a March Madness Cinderella team will bring you betting success and bracket pool fame. Which team will win the glass slipper in 2022?

Everyone loves fairy tales, which is why more and more people love March Madness. The promise of the Cinderella team has captured the nation’s hearts ever since Jimmy Valvano and the upstart North Carolina State Wolfpack shocked their way to the national championship in 1983.

You've covered the basics of how to bet on March Madness. Now we learn how to spot the Cinderella before the clock strikes midnight is the road to riches. While the majority of March Madness aficionados pick their jaws up off the ground, those skilled enough to spot the tournament sleeper are counting their cash and touting a March Madness bracket free of red ink.

Most tournament stunners hinted at their upset potential early into the college hoops season. The only problem is 99.9 percent of March Madness bettors don’t pay attention to the NCAA ranks until Selection Sunday. From the early tipoff tournaments to the conference championships, it’s a wiseguys’ game.

Before automatically penciling a recognizable program past a lower-seeded mid-major, you should take a trip back in time, before the New Year, and see just who these small schools sharpened their teeth against this season and even the year before.

Looking at previous Cinderella teams like Davidson in 2008 or Florida Gulf Coast in 2013, you’ll find a bevy of big-name programs on their non-conference schedules. The Wildcats, led by Stephen Curry, clashed with fellow Carolina rivals Duke and UNC on the regular and also took on UCLA and North Carolina State that season. The Eagles’ 2012-13 calendar was packed with notable names like Duke, St. John’s, Iowa State, and VCU. Loyola-Chicago actually knocked off No. 5 Florida in its non-conference schedule last season.

Potential Cinderellas don’t necessarily have to knock off those Goliaths during the non-conference competition, with the experience of playing at that high level preparing them for tournament time. Mid-majors with plenty of major conference foes on the docket are less likely to be overwhelmed by their opponents in the opening rounds of March Madness.

How those underdogs did against the spread versus serious non-conference competition is also, at the very least, a solid indicator of a sleeper bet early in the tournament. That 2007-08 Davidson team was 0-4 SU versus UNC, Duke, UCLA, and N.C. State but covered the spread in each of those non-conference games. The Wildcats would go on to run through Georgetown, Gonzaga, and Wisconsin in the tournament before losing to eventual-champ Kansas by two points in the Elite Eight – going a perfect 4-0 ATS in the Big Dance.

The top talents in the NCAA making the jump to the pros each year usually come from the same NBA-factory programs like Kentucky, Kansas, and North Carolina. However, there are always one or two mid-major guys, playing under the radar all year, that sneak into the first round of the draft. And, often, an impressive display on the national stage is what got those players from smaller schools recognized.

There is a handful of current and former NBA players that sparked a Cinderella upset during their college days, like Curry at Davidson, Courtney Lee at Western Kentucky, Eric Maynor at VCU, Gordon Hayward at Butler, and Adam Morrison at Gonzaga. Having the best player on the floor can sometimes be enough. A go-to guy keeps opponents honest on defense and makes the big shot, which is key for Cinderellas. It's the reason "Ali Farokhmanesh" is a household name among March Madness fans.

When breaking down Cinderellas from a statistical approach, some of the more common numbers that pop up are:

The ability to knock down the 3-ball is very important for underdog teams, allowing them to keep pace with a bigger, stronger opponent who may be able to bully its way to the basket for easy looks. A perfect example is Northern Iowa’s upset over Kansas in the second round of the 2010 NCAA tournament. The Panthers sunk nine 3-pointers in that game and left a towering KU frontcourt powerless.

And if you’re looking for a more recent example, remember the UMBC Retrievers from last season, the first-ever No. 16 seed to beat a No. 1 seed? They knocked down 12-of-24 from behind the arc in their shocking upset of Virginia.

In Norfolk State’s Round of 64 upset of Missouri in 2012 – a No. 15 over No. 2 seed – the Spartans dominated the glass, pulling down 35 boards with 14 on the offensive end (including a game-winning tip-in) while holding the Tigers to just 23 totals rebounds and only six offensive boards. Norfolk State scored 16 second-chance points on those offensive putbacks, and free points can turn any midmajor team into a potential giant killer - or at least a spread coverer.

North Carolina, Kentucky, and Michigan State are ranked second, third, and fourth in the nation in rebounding margin, but some lower-seeded teams also pop up in the Top 10 with New Mexico State coming in at fifth, Maryland at sixth, and Utah State at seventh.

On the defensive side of the ball, a mid-major program that prides itself on defense can often turn those stops and turnovers into easy buckets. George Mason nearly rode its hard-nosed defense all the way to the national title game in 2006. The Patriots, who ranked 21st in defense (60.1 points against per game), shut down superpowers Michigan State, and North Carolina in the first two games of the tournament and held Wichita State to 55 points before winning an overtime shootout with UConn in the Elite Eight.

Before placing bets, taking a shot at the futures odds to win March Madness, or filling out the bracket, bettors should sort through stats like defensive efficiency. 2017’s Cinderella Final Four team, South Carolina, finished the season ranked seventh in defensive efficiency, Loyola-Chicago last season ranked 13th in the category, and 12 of the last 28 teams to make the national semifinals have ranked among the Top 10 in this statistical category.

Half of the success of Cinderella schools is that they found favorable matchups in their opening-round opponents, going against teams that have never faced an offense or defense like that presented or get stuck in a bad mismatch of pace, which can shake a team out of its game plan. This goes back to Paul Westhead’s up-tempo offense with Loyola Marymount in the late 1980s.

A perfect example of this is the Florida Gulf Coast Eagles, who used a run-and-gun style of play against the Georgetown Hoyas’ methodical Princeton offense in the Round of 64 in the 2013 NCAA tournament. The Eagles put the Hoyas on their heels, forced them out of their tempo, and capitalized on 14 turnovers with fastbreak finishes.

The VCU Rams burst onto the national scene with a run in the 2011 NCAA tournament, backed behind head coach Shaka Smart’s havoc defense. The Rams went with all-out 55, full-court pressure defense, making it tough for opponents to inbound the ball, advance over half, and get into an offensive set with enough time left on the shot clock to get the look they wanted. Virginia Commonwealth forced a total of 69 turnovers in its first five NCAA games (including the play-in) for an average of 13.8 takeaways before losing to Butler in the Final Four.

When trying Cinderella’s slipper on this year’s tiny dancers, get to know the team philosophy and what sets them apart from the pack. Then measure that approach – either on offense or defense – against what their opening-round matchup brings to the table and the types of playbooks and defensive schemes they’ve dealt with during conference play (Do they milk each possession? How have they done against a lot of zone defense or pressure-heavy teams?).

Teams playing on Thursday and Friday don’t have a lot of time for film study between Selection Sunday and the opening tip, especially coordinating a small army of players, coaches, assistants, and training staff to travel on short notice. Perhaps Cinderella's greatest weapon is the element of surprise. 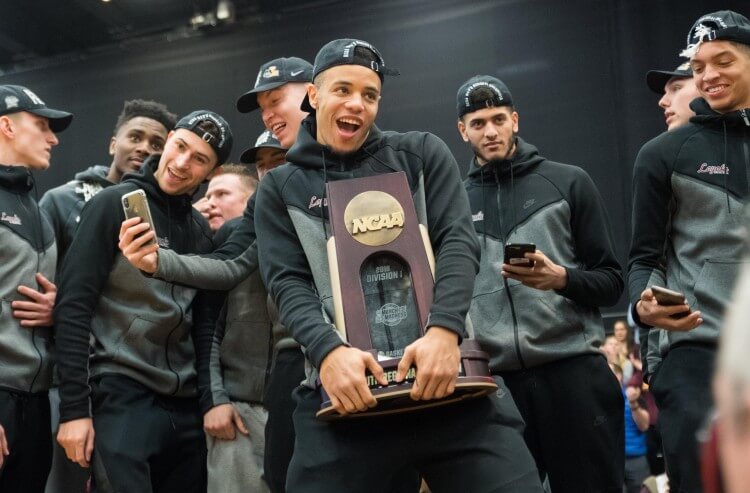 How to Spot March Madness Cinderella Teams
Provided by