Tyler Anderson has gone 12 straight starts allowing three or fewer runs, and the Mariners will need him to deliver again as they try to avoid a sweep against the Astros today. That level of consistency makes us fall in love with Seattle at big plus money.

The Seattle Mariners will continue to cling to their slim playoff hopes under the midday sun at Minute Maid Park Wednesday as they finish up a three-game set with the Houston Astros.

Houston laid the wood to Seattle in the opener with an 11-2 victory and followed that up with a 5-4 extra-inning walk-off win last night. This is the sixth and final series between the two clubs and although Houston leads the season series 11-7, Seattle has yet to be swept by the Astros this year.

Houston opened as -195 MLB betting favorites and has moved to -205 since. The total is set at 9 and trending to the Under.

Here are our free picks and predictions for Mariners vs. Astros for Wednesday, September 8, with first pitch at 2:10 p.m. ET.

Tyler Anderson (6-9, 4.08 ERA): The Mariners will throw one of their unknown — but consistent — starters out for Wednesday’s matinee. Anderson owns a 3.38 ERA across seven starts with the Mariners after coming over from Pittsburgh. He isn’t a dominant pitcher, as he has just 116 strikeouts over 146 innings this year, but he is efficient with just 29 walks allowed. The lefty has lasted at least six innings in three of his last four starts and hasn’t allowed more than three runs since June 16 — a stretch of 12 straight outings. He’s made 10 day starts this year, posting a very respectable 3.28 ERA.

Jose Urquidy (6-3, 3.42 ERA): Urquidy holds the best WHIP (0.98) amongst Houston starters. His slider — which he throws nearly 25 percent of the time — has a negative runs above average and he has given up just 66 hits over 82 innings this year. Urquidy made his first start in over two months last week, returning from a shoulder injury, and allowed two runs over 4 1-3 innings and was pulled after 71 pitches. We’d assume his pitch limit would be around 85-90 for today’s contest.

The Under is 4-0 in the Mariners' last four Wednesday games. Find more MLB betting trends for Mariners vs. Astros.

The Mariners came into the series riding a five-game winning streak and although they got blown out of the water in the opener and lost a game that they should have won last night, Wednesday gives us a great opportunity to hit some of the plus money on the underdog.

First, Jose Urquidy is working his way back from a two-month absence and will be making just his second start since returning from injury. He will be on a pitch count and hasn’t been his usual dominant self during matinees, as he owns a 4.68 ERA across six day games with a 2-3 record. There is certainly some uncertainty with the Houston starter heading into the series finale.

Next, Tyler Anderson has looked fantastic since coming over from the Pirates and Seattle is 4-1 in his last five starts. Anderson also brings some quality tangibles to the table as he hasn’t had a clunker of a start since mid-June, with 12 straight starts allowing three runs or fewer.

Seattle’s Kyle Seager has been struggling at the dish of late with a .161 AVG over his last 15 games, but the third baseman is hitting .375 versus Urquidy over his career with a home run and could use this familiarity to lead a Mariners’ team that has already taken two series against Houston this year.

Is Houston the better team? Without a doubt, but at +167 there is too much meat on the bone for the visitors in a day game versus a pitcher coming back from a serious injury.

The afternoon game could also give Houston a great spot to give their veterans the day off, especially with an off-day on Thursday. Seattle doesn't have that benefit as they sit three games from the final Wild Card spot.

Both games in the series have hit the Over but yesterday’s game needed four runs in the ninth and 10th innings to cash by one run while Monday’s match needed the Astros to hang 11 runs — with three of those coming off errors.

The Houston offense was the highest-scoring unit in all of baseball earlier in the season but the Astros have only scored 44 runs over the last two weeks — and hadn’t scored more than six runs in the 13 games prior to this series. Houston has struggled to cash in runners of late and went 2 for 13 with RISP in last night’s victory.

Seattle’s bats haven’t overwhelmed MLB pitching lately, either. As a team, Seattle is hitting .229 over the last two weeks and is tied with the Astros for 26th in home runs hit over that stretch with 11. Neither starter is known for giving up the long ball, so we’re expecting that HR drought to continue.

Minute Maid Park had a negative total-base effect yesterday and should hold the same characteristics for today’s day game. We usually lean on the Under in afternoon games, as the weather is hotter and affects play while managers use day games to rest veterans.

There are still a few 9.0 totals on the board but we doubt they will last as first pitch draws near. 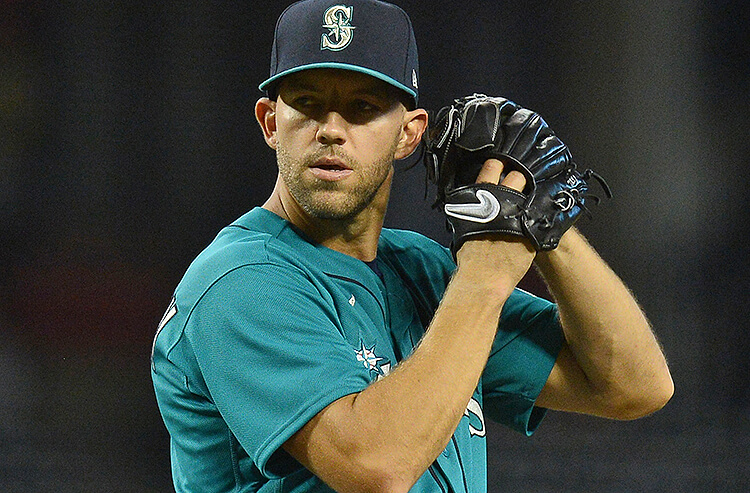