Rays vs Red Sox Picks and Predictions: BoSox Bounce Back

Boston and Tampa Bay have obliterated each other through the first two games of this series, combining for 21 runs and 33 hits in the opener and another 19 and 29 last night. Find out why we think the bats will cool down in our Rays vs. Red Sox picks.

The AL East slugfest between the Boston Red Sox and Tampa Bay Rays concludes Wednesday night at Fenway Park, much to the delight of the pitchers who have thrown in this series.

After combining for 21 runs and 33 hits in the series opener, the two rivals put up 19 and 29 last night, with the Rays coming away with another victory. Will the bats stay scorching in a Shane McClanahan and Nathan Eovaldi pitching matchup?

Find out with our best free MLB betting picks and predictions for Rays vs. Red Sox on September 8.

Shane McClanahan (9-5, 3.76 ERA): The southpaw has been a dependable arm for the Rays since making his MLB debut and joining the rotation at the end of April. He has allowed more than three runs only three times in 21 starts and is punching 10.7 batters per nine innings. Although Boston got him for four runs in his last start, he generated a season-high-tying 19 swinging strikes.

Nathan Eovaldi (10-8, 3.73 ERA): Eovaldi is coming off a quality start against Cleveland, holding them to three runs over 6 1-3 innings while punching out nine. It marked the fifth consecutive outing that he struck out at least six batters while allowing three runs or fewer. He has a 3.26 ERA over three starts against Tampa this year.

The Under is 6-0 in McClanahan's last six road starts vs. a team with a winning record. Find more MLB betting trends for Rays vs. Red Sox.

These teams have beaten the snot out of each other this series, and really, all season. Tampa has been on the winning end of a lot of high-scoring games, winning 11 of the last 14 contests versus Boston, but Eovaldi puts the Red Sox in a good bounce-back position today.

The hard-throwing righty has been really good this year and his ability to chop down his home run rate to pre-2016 levels has allowed him to put together the best season of his career. Eovaldi's combination of minimal walks and homers to go along with an above-average strikeout rate has him sitting fourth among starters in FIP (2.92) and sixth in FanGraphs' WAR (4.6). His power stuff had always left a bit to be desired results-wise, but not anymore.

Eovaldi mixes his deep arsenal well and has turned a once-suspect curveball into a plus pitch and great equalizer when he's throwing 100 mph smoke and has five different pitches to dip into. As dangerous as the Rays are —  and they are very dangerous, winning 16 of their last 20 and hitting better than any team in the AL in the second half — Eovaldi has had success against them and thrown well at his hitter-friendly home park.

The big right-hander last saw the Rays in August and spun seven innings of one-run ball while punching out 10, and he did nearly the same thing to them in April but settled for seven Ks in that matchup. Tampa Bay did rock him at the end of July before the Blue Jays did the same, but after getting past those two powerful offenses in back-to-back starts, Eovaldi has posted a 2.35 ERA with 39 strikeouts and four walks over his last five outings.

McClanahan will also be a tough task but the Red Sox did get to him in his last start and it's not like they haven't been crushing in this series, either — they've combined for 29 hits and scored 17 runs despite the two losses. And the Red Sox have been hitting lefties better than any team over the last month, ranking first in average, slugging, and OPS.

This game is a pick'em at many books and although the first-place Rays have had the edge in this series so far, we like Eovaldi a bit more in this starting pitching matchup and that's enough to tip the scales for us.

The way the first two games of this series have gone and everything about the trends screams grabbing the Over on the 10 run total. The Over is 9-1 in the Red Sox's last 10 home games and has cashed in each of the Rays' past four contests. It's 13-2-1 in the last 16 head-to-head meetings in Boston and 24-9-2 in the last 35 overall. But we're not playing it tonight.

We've touched on Eovaldi's success against the Rays in two of his three starts, and what makes us especially confident in his ability to slow this lethal Rays offense is his success at home. Eovaldi has a 3.08 ERA over 16 home starts while holding hitters to a .235 average, which is significantly better than his numbers on the road.

He doesn't give away bases, sporting the lowest walk rate among qualified starters, and although he has allowed homers in six of his last seven starts — regression that was bound to catch up to him — he has done a good job keeping the ball in the yard. He misses enough bats to get himself out of jams (and faces a Rays team that has the seventh-highest K rate in baseball) and won't let the runners pile up on the basepaths, so as long as the homers are solo jobs, he can afford to serve something up and still suppress runs. And he won't have to go through red-hot Randy Arozarena, who is on the paternity list.

Boston's bullpen can't be trusted but you better believe the Red Sox are going to ride Eovaldi (sixth in the AL in innings pitched) for as long as possible and turn to their best available guys after. They let Michael Feliz and Brad Peacock, two low-leverage arms, eat the rest of the innings last night after Eduardo Rodriguez predictably got hammered over his 3 2-3 innings of work, with the trio combining to allow five bombs. Expect more trustworthy arms tonight.

McClanahan, meanwhile, has provided Tampa Bay's rotation with a huge boost. The fireballer who, like Eovaldi, attacks hitters with power stuff, had gone 13 consecutive starts without allowing more than three runs before Boston tagged him for four on September 2. Also like Eovaldi, he does a solid job controlling the zone and not walking guys while keeping the ball in the park, making it tough for lineups to light him up.

When he faced the BoSox at the start of August, he held them to one run over six innings and punched out seven. He consistently gives the Rays quality innings and keeps them in the game with a heavily used slider that has been a nightmare for opposing hitters.

Both pitchers have been involved in Unders more frequently than Overs and we like them to cool the bats down tonight. 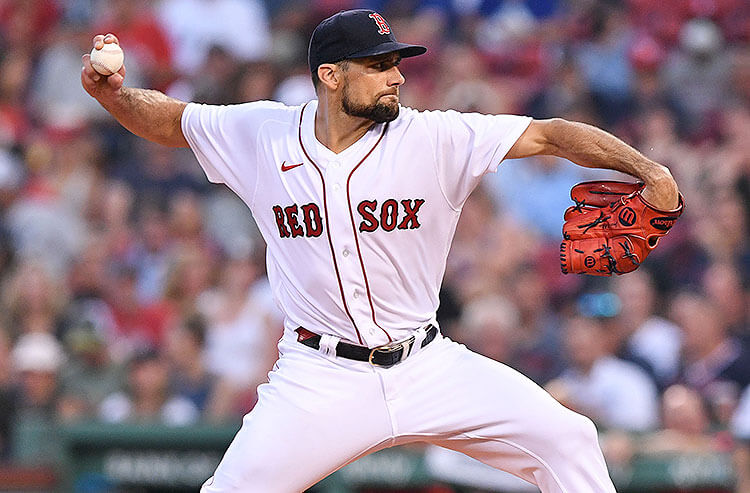 Rays vs Red Sox Picks and Predictions: BoSox Bounce Back
Provided by