Oakland is clinging to its playoff hopes but is on a four-game losing streak. The A's will try to snap that skid as home favorites against the White Sox tonight but, despite the pitching edge, we're leaning with Chicago's offense at plus money.

After getting swept by Toronto, the Oakland A's extended their losing streak to four games by losing to the Chicago White Sox last night, sinking from the second AL Wild Card spot to three games behind Boston for that final playoff spot — with the Blue Jays ahead of them in the hunt.

The A's need to start stringing together some wins, making tonight a must-win game against an AL Central-leading White Sox team that is cruising into October.

Oddsmakers seem to favor that urgency, as the A's are sizable MLB betting home favorites tonight at RingCentral Coliseum.

Will Oakland snap their skid with a home victory? Find out in our White Sox vs. Athletics picks and predictions for September 8.

Dallas Keuchel (8-8, 5.22 ERA): Keuchel is really struggling coming into this game as he has given up at least five runs in each of his last three trips to the mound. The lefty has given up seven or more hits in each of those outings and he has only pitched a total of nine innings across those three starts. For what it’s worth, Keuchel gave up just two runs in five innings against the Athletics on August 16 — but that doesn’t make it any easier to trust him now.

Frankie Montas (11-9, 3.68 ERA): Montas pitched six innings of three-run ball and struck out seven in an 8-6 win over the Detroit Tigers in his last start. The righty has now allowed three or fewer runs in 12 consecutive starts but Oakland has only won half of those games. The A's are going to need to provide him with some run support eventually but he’s a guy that they can count on to deliver.

White Sox: Eloy Jimenez OF (Day-to-Day), Tim Anderson SS (Out).
A's: Mitch Moreland 1B (Out), Stephen Piscotty OF (Out), Ramon Laureano OF (Out), Seth Brown OF (Out).
Find our latest MLB injury reports.

The White Sox are 6-1 in their last seven games against AL West opponents. Find more MLB betting trends for White Sox vs. A's.

Montas has cruised against pretty much every lineup in baseball over the last couple of months but he had some trouble with the White Sox about three weeks ago. Chicago got eight hits off the righty and the team also drew three walks in only five innings.

The Sox scored just three runs in that game but it was due to an inability to cash in on its opportunities, going 2 for 9 with RISP. Don’t expect that to happen again in this one, as Chicago is sixth in the league in batting average against right-handed pitching and fourth in RBIs against righties.

Keuchel’s performance is going to be important in this one, as the lefty just hasn’t been reliable for Chicago as of late. However, only seven teams in the league have a worse batting average against southpaws than the A's this season. Keuchel’s only decent performance in the last couple of weeks came against this Oakland team and the group’s struggles against left-handed pitching suggest it wasn't a fluke.

It's not likely that Keuchel will go out and dominate... but the value is too good to pass up here.

Even with a pedestrian effort, we're looking at Keuchel giving up something in the range of four runs over six innings. A better effort might be stingier but regardless, any game with Keuchel on the mound puts the Over in play right now.

Overall, any White Sox victory would likely come in a high-scoring game, and it’s hard to envision this one being anything but that. These teams combined to score nine runs last night, and there’s no reason they won’t do that again. 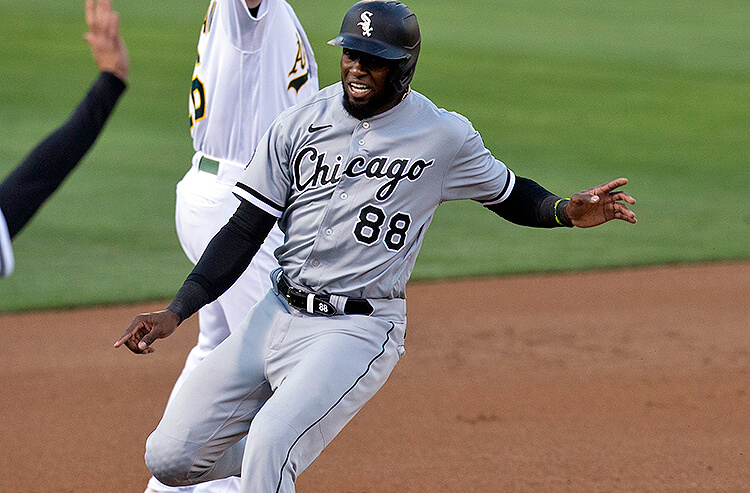