Spain vs Poland Euro 2020 Tips and Predictions: Don't Bet On Another Scoreless Draw for Spain

Spain dominated Sweden in their opening Euro 2020 match, but had to settle for a disappointing 0-0 draw. We're expecting the Spaniards to dominate again versus Poland — except this time they'll find the back of the net.

Euro 2020 bettors and fans who were concerned about the quality of Spain's entry at this year's European Championship were given plenty of fuel for the fire in a disappointing scoreless draw with Sweden to open Group E play.

The heavily-favored Spanish side dominated possession (85.1 percent) and shots (17-4) but was unable to put one past Swedish goalkeeper Robin Olsen and settled for an unsatisfying single point. Fortunately for Spain, it remains the favorite at -250 to win top spot in the group and can strengthen its standing with a win over a Polish side that opened with a 2-1 setback to Slovakia.

Keep reading for our tips and predictions for Spain vs. Poland on June 19.

Conditions are expected to be ideal at Estadio La Cartuja on Saturday, with partly cloudy skies and temperatures in the high-70s. Wind might be a minor factor at 12 mph.

If you could use a shrug emoji to sum up any match in the opening round of play at Euro 2020, the Spain-Sweden showdown would fit the bill perfectly. Spain threw everything it had at an overmatched Sweden back end but failed to take advantage of six corner kicks — or its 90 percent pass success — against the hearty Swedish side.

Still, with the club almost completely healthy (Sergio Busquets is likely to return to action Saturday, albeit in a reserve role) and the talent chasm between these teams rather large, Luis Enrique's crew should see more success simply by doing exactly what it did against Sweden: pressing the issue on offense and focusing on world-class ball control and passing.

Poland, on the other hand, has little to look forward to in this one after losing to a Slovak side picked to finish last in Group E. The Polish national team has defeated Spain just once in 10 meetings all-time — and with several key players missing, including talented Marseille striker Arkadiusz Milik, there's little chance that the visitors can keep up with the high-powered Spanish side.

Don't expect another goalless draw here... though it might not be far off, as we'll get into below.

Whether goal differential ultimately plays a role in Spain's climb to the top of Group E, there are plenty of other incentives for Luis Enrique to run up the score against Poland this weekend.

How the Spanish side responds to its upsetting tie with Sweden will mean everything to fans and national team brass, especially given that this is a home game for the current No. 6 favorite to win the European Championship. And with lineup changes almost certain to follow another disappointing showing, you can expect Spain's top players to perform at a higher level.

The question, then, is whether Spain will score enough to reach the Over on its own, since there's a good chance we won't see a goal from the Poland side. Maciej Rybus's 46th-minute tally provided Poland's lone offense vs. Slovakia, as global superstar Robert Lewandowski was held at bay throughout.

Look for Poland to bolster its defensive setup and focus on a Lewandowski-led counterattack to generate offense. It probably won't work, but it should keep the score reasonable. 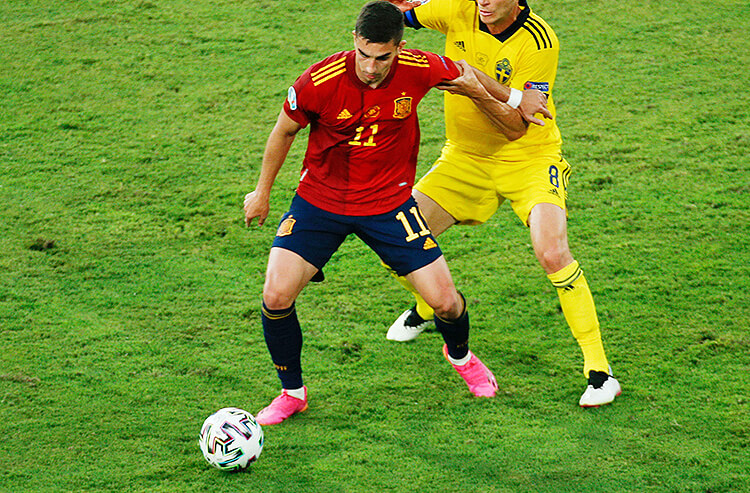 Spain vs Poland Euro 2020 Tips and Predictions: Don't Bet On Another Scoreless Draw for Spain
Provided by