The final NFL betting option in Week 10 is an NFC North battle between the Minnesota Vikings and Chicago Bears on Monday Night Football. NFL odds have the Vikings installed as 2.5-point road favorites against a Bears team that has lost three games in a row.

We break down the football odds with our best Vikings vs Bears picks and predictions for Monday Night Football action on November 16, with kickoff at 8:15 p.m. ET.

Monday's forecast is calling for cloudy skies and game-time temperatures in the low 30s with winds blowing up to 20 mph. Be sure to monitor the gametime conditions with our NFL weather info.

The Vikings are 3-14 ATS in their last 17 meetings in Chicago. Find more NFL betting trends for Ravens vs. Patriots.

Minnesota enters Week 10 with back-to-back wins, both over NFC North foes in the Detroit Lions and Green Bay Packers. A big reason has been their running game, which combined for a whopping 448 rushing yards in those two games, including 369 rushing yards from Dalvin Cook. But don't expect Cook to have that level of success against the Bears' stingy stop-unit.

Since 2018, Cook has 34 carries for just 86 yards in three games against Chicago. He isn't the only Vikes offensive player to struggle against Chicago recently, with quarterback Kirk Cousins 0-3 with 209 passing yards per game versus the Bears during the Matt Nagy era.

The Bears are on a three-game losing streak thanks to their abysmal offense which has mustered just 327.7 yards per game over that span. That said, QB Nick Foles is coming off a 335-yard performance against the Titans and should find it easier to move the ball downfield against Minnesota, who ranks 29th in the league in defense, giving up 412.9 yards per game.

The Bears are 5-1 ATS in the last six games in the head-to-head, while the underdog has covered in five of the last six meetings between these NFC North foes. Take the Bears and the points.

The Vikings have been crushing Overs and averaging 27.1 points per game this season, but they've done that damage against a bunch of teams that can't defend worth a lick.

Only one of Minnesota's games this year have come against a team ranked in the top half of the league in defensive DVOA, and the Vikings mustered only 11 points in that game (against the Colts back in Week 2).

The Bears and Vikings are also among the worst teams in the league when it comes to offensive third-down conversion percentage, so expect plenty of three-and-outs in this contest.

The Under is 5-1 in Bears' last six games overall has also cashed in five of the last six meetings between these teams in Chicago. Take the Under again.

We mentioned Cousin's recent troubles throwing the ball against the Bears but he's also infamous for his brutal performances in prime time. Cousins is 0-9 on MNF in his career and since joining Minnesota is 0-3 with a completion percentage of 56.9 percent and just 202 passing yards per game on Monday nights.

With Chicago holding opposing QBs to the second-lowest completion percentage and the seventh-fewest passing yards in the league, take the Under on Cousins' passing yards prop. 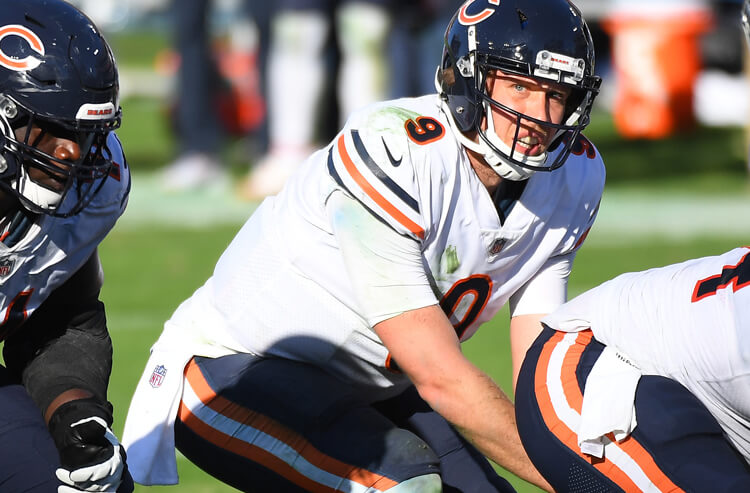