The Rams suffered their first loss of 2021 a week ago and now have to travel to Seattle for another tough NFC West matchup against the Seahawks. Check out our Rams vs. Seahawks picks and find out if we like Stafford and L.A. to bounce back. 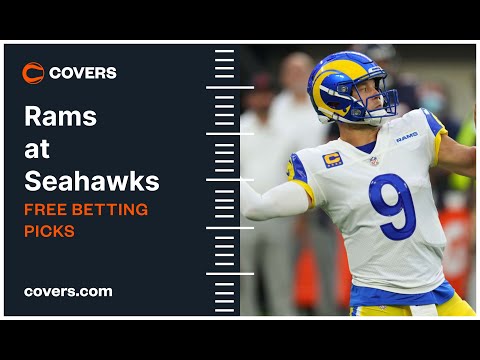 Though Thursday Night Football often leaves us with less than thrilling matchups, two of the last three have been pretty thrilling. Now, Week 5 is offering up the best TNF game so far this season, as the Los Angeles Rams travel north to take on the Seattle Seahawks in an NFC West showdown.

Matthew Stafford's arrival in L.A. has paid off big time for the Rams, who have looked like one of the best offenses in the NFL through the first month. Getting a win in Seattle against Russell Wilson, however, is always a difficult task.

Can slight NFL betting favorites L.A. cover? Find out with our free NFL picks and predictions for Rams vs. Seahawks on October 7.

The Rams opened this NFC West matchup as 1-point road chalks and have been bet up to -2. Meanwhile, the total is one of the highest on the board this week at 54.5, after opening at 53.

USA: Bet $50 at Caesars on the first-half spread for Rams vs. Seahawks and get a free bet equal to your teams score at the half — win or lose! Claim Now

The Seahawks are 3-7 ATS in their last 10 games against NFC West opponents. Find more NFL betting trends for Rams vs. Seahawks.

Despite last week’s loss to the Arizona Cardinals, bringing in Matthew Stafford has looked like a stroke of brilliance for the Rams.

Stafford is completing 68.1 percent of his passes, for 1,222 yards with 11 touchdowns compared to just two picks and he has created a crazy good connection with wide-out Cooper Kupp. As a result, the Rams have the No. 1 ranked offense per Football Outsiders DVOA.

That does not bode well in Week 5 for a Seahawks defense that has allowed more yards than anyone else in the NFL through the first four weeks of the season. The Seahawks also rank 27th in pass defense DVOA, and it doesn’t help that star safety Jamal Adams will be banged up for this one.

Now, the Seahawks will almost always be competitive with Russell Wilson under center, and actually rank third when it comes to pass offense DVOA, but this is another Seattle team with more flaws than just a porous defense.

The offensive line is still a mess and Wilson has already been sacked 11 times this season. Aaron Donald and Leonard Floyd should make life difficult for Wilson, and Jalen Ramsey should be able to limit DK Metcalf.

Seattle was also a little lucky to come away with the win against San Francisco last week. The 49ers actually outgained the Seahawks by 223 yards last week, but four turnovers did them in.

This is a matchup of two great offenses, but it’s the Rams who have the better weapons on defense with which to neutralize the Seahawks’ best players. Donald will disrupt the Seattle offense just enough while L.A. will make more difference-making plays through the air.  I like laying with the Rams at less than a field goal.

It may seem square to take the Over here, but these NFC West rivals rank in the Top 10 in scoring and are teams No. 1 & 2 in offensive DVOA this season.

The Rams averaged 31.7 points per game over the first three weeks of the season before getting stifled by Arizona’s strong pass defense last week and only putting up 20 points. That was against the league’s third-best pass defense. The Seahawks are much closer to third from the bottom.

At the same time, while the Rams have some star defenders with the likes of Donald and Ramsey, they aren’t what you would call an elite defense yet. They rank 20th in the NFL in defensive DVOA and particularly struggle against the run. That should keep the Rams defense honest and allow Seattle to attack them with the play-action pass.

Both teams have the ability to attack the other’s defensive weakness in what should be a back-and-forth shootout on Thursday night.

This Thursday nighter is full of star power and one of the key matchups of the game will be determined on the outside with Jalen Ramsey lining up across from DK Metcalf. And while this game could feature some fireworks, you might have to look somewhere else to find them.

Ramsey is once again looking like that elite corner he was a few years ago. He's been targeted 30 times this season, allowing 17 completions for just 126 yards. That's an average of just 7.4 yards per completion and Ramsey’s 4.2 yards per target is the best of his career.

Ramsey also did a great job of containing Metcalf last season, limiting him to 87 yards on eight catches over the two matchups. With Metcalf going Over this number just once in four games this season, this is not the matchup where he will top it second time. 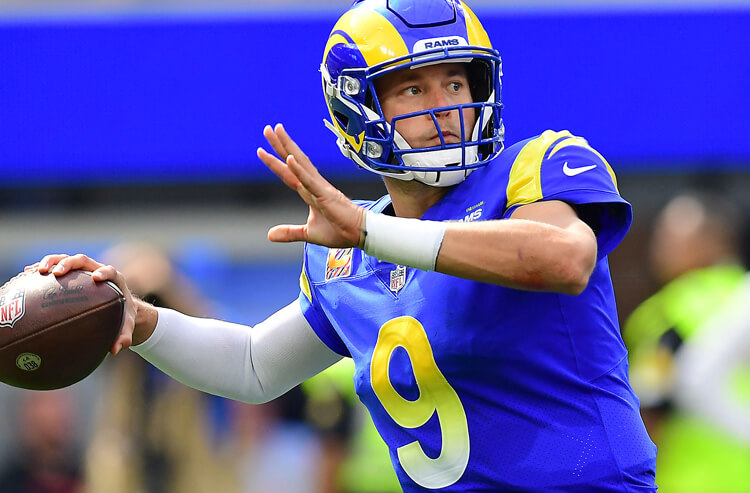