The Thursday Night Football showdown between the Los Angeles Rams and Seattle Seahawks has one of the highest totals for Week 5, so we're expecting a shootout. Check out our favorite TNF prop bets, including Russell Wilson going Over on his passing yards.

The Thursday Night Football game between the NFC West rival Los Angeles Rams and Seattle Seahawks has one of the biggest totals on the board for Week 5, giving us plenty of prop bet options to choose from.

The prop train got back on the right track in Week 4 as we went 10-5 SU for +4.45u, and we're looking to keep cashing tickets with a trio of plays for this very prop-friendly game. We like Russ to continue to cook on TNF, are grabbing some plus-money TD shares, and are hoping Sean McVay gets a certain pouting receiver more involved in the offense.

We bring you our favorite free NFL prop picks and predictions for Rams vs. Seahawks at Lumen Field in Seattle on October 7.

Seattle QB Russell Wilson will renew his rivalry with the Rams tonight as Los Angeles has gotten the best of the signal-caller over the last few matchups. But this is primetime — a place where Wilson has shined and has been at his best, especially on short-rest on TNF.

The Rams defense is legit but is also giving up 273 passing yards per game, which is among the Top 10 highest marks in the game. Russ’ yardage total can be found at 267.5 yards which is a little lower than his 272-total average on the season. The 267.5 total is also the exact same total Kyler Murray threw for last week versus the Rams but he attempted zero passes in the fourth quarter as the Cards rushed the ball with a big lead. The Seattle defense is too porous to build a big lead so expect Wilson to be throwing all game.

Running back Chris Carson is questionable while receivers Tyler Lockett and Dk Metcalf look good to go. In a game that features a total of 54.5 and a team that will struggle to run, we’re hitting the Over on Russ’ 268.5 passing yards with confidence.

A Van Down by the river

It wouldn’t be a TNF prop article without our best plus-money TD prop.

Each team allows fewer than one RB rushing TD per game so we’re avoiding the lower-priced running back TD props. The best angle lies within the Rams’ pass-catchers as Seattle is giving up 1.5 TDs per game to opposing wide receivers and 0.5 TDs per game to tight ends.

Outside WR Van Jefferson has played over 70 percent of the snaps over the last two weeks and ran a route on 36 of L.A.’s 41 passing attempts in Week 4's loss to Arizona. He caught all six of his targets for 90 yards and a score while leading the team in receptions. He also saw one of the team’s seven red-zone targets but is a bigger threat to go deep as he was the fastest player clocked at the Senior Bowl.

The Seattle outside corners will not keep up with VJ, as the team’s highest-graded CB, D.J. Reed, runs a 4.51 40-yard dash which isn’t ideal for this matchup. San Francisco’s Deebo Samuel just hung an 8/156/2 on this secondary five days ago.

Getting a better TD price than TE Tyler Higbee is great value and worth one full unit at +250.

Lost in the Woods

Even a garbage time TD didn’t make Robert Woods happy last week as his role in the offense has been shrinking of late with the emergence of Van Jefferson, while DeSean Jackson has been stealing a few snaps here and there. Help is on the way, however, as McVay has vowed to get Woods more involved after last week’s six-target four-catch performance.

McVay unleashed a TED Talk on the subject to the media following Week 4’s loss but finished the monologue with, “We just need to get him some more opportunities and that starts with me.” We always love a good squeaky-wheel betting angle.

Even in a low-volume game last week, Woods still managed 48 receiving yards which was just 12 yards short of the Over. He enters this plus matchup versus some questionable Seattle outside corners with a receiving yard total of 58.5. He has only topped the total once this year but at 12.0 yards per catch over his last three games, Woods would need just five catches to hit the Over and he averaged 5.6 grabs per game in 2020.

Quarterback Matt Stafford will also want to help out a disgruntled coworker and forcing some of Cooper Kupp’s balls to Woods would be a great way to get this receiving group back to sunshine and rainbows. This game could feature a ton of passing, so there's plenty of room for multiple receivers on the Rams to run up their numbers. 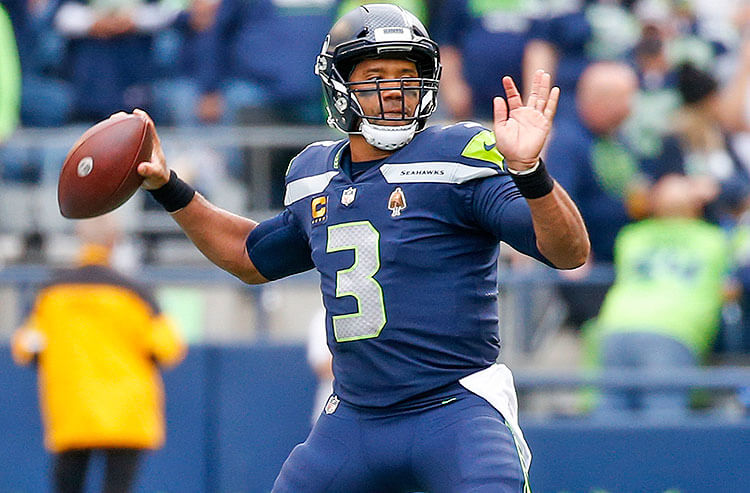