NFL Week 5 Bet Now or Bet Later: Wait Out Ravens/Colts Total Before Hitting the Over

The Ravens/Colts total has already dropped but both offenses are showing improvement. Hold off to see if the O/U comes down even lower before hammering the Over. Find out what other games you should bet now, like Arizona -4 over the 49ers, or wait on. 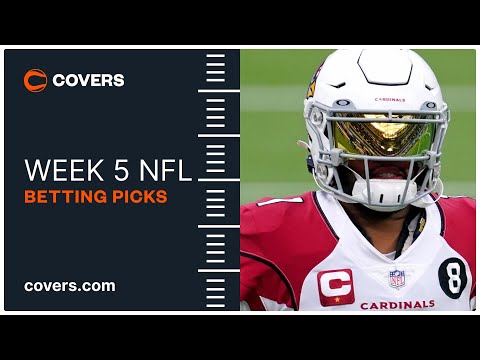 Blink and we’re already past the quarter mark of the schedule with Week 5 NFL odds on the board and on the move.

Getting the best of the number — be it spread or total — is vital to staying in the black through the remaining weeks of the season, and that means the best NFL betting strategy is timing your Week 5 wagers.

Here are our best spreads and totals to bet now and the best to bet later.

The Cardinals are coming off an impressive ass-waxing of the rival Rams and now welcome the 49ers back to their makeshift home from the COVID-impacted 2020 season. Books opened Arizona -4 and that spread has already either swung to -4 (-115) or half a point to -4.5.

San Francisco will be starting rookie QB Trey Lance after Jimmy Garoppolo suffered a calf injury that will sideline him for a few weeks. The Cardinals’ blitz-happy pass rush will be licking their chops, especially with 49ers tackle Trent Williams likely out of action as well. Bettors will want to keep a close eye on the Niners’ jammed-packed injury report heading into Sunday.

The Cardinals continue to score at an insane pace, totaling 140 points through four games with 37 of those coming against L.A.’s much-ballyhooed defense in Week 4. If they get up quickly, it puts pressure on Lance to make plays through the air. Arizona has been a solid bet against San Francisco in recent matchups, going 5-1-1 ATS in the last seven head-to-heads overall. Bet the Cardinals now because this spread will likely hit -5, -5.5 or higher.

Another game, another collapse. It seems no matter who’s wearing the headset, the Falcons are destined to shit the bed. Atlanta held a 30-22 fourth-quarter lead over Washington in Week 4 and then surrendered 12 points in the final four minutes to lose 34-30 — failing to cover as a 1-point home dog.

The Jets, on the other hand, battled back from a 9-0 hole, traded shots in the fourth quarter, and hung on to win in OT as 5.5-point home pups versus Tennessee on Sunday. New York rookie QB Zach Wilson made some big throws to get his first victory as a pro and the Gang Green defense recorded seven sacks on Ryan Tannehill.

With bettors soured on Atlanta — again — and New York’s stock inching upwards, this Falcons -3.5 opener could slim to a field goal. If you aren’t buying into the Jets and somehow still want to wager on Atlanta, wait it out and see how cheap you can get the collapsible lawn chairs on neutral field at Tottenham Hotspur Stadium in London.

One of the NFL’s all-time great QBs duals with the league’s future gunslinger extraordinaire when Aaron Rodgers and Joe Burrow share the spotlight in Week 5. This total opened as low as 48.5 and quickly ticked up to 49.5 with early play on the Over.

Even with that move, this number is bound for 50-plus points. We all know what the Cheeseheads can do, hanging 27 points on one of the top defenses in the NFL with Week 4’s win over Pittsburgh. And Cincinnati is no slouch either, enjoying a mini bye after a comeback win over Jacksonville last Thursday.

Green Bay’s defense has been spotty at best to start the schedule, despite taking on some less-than-dangerous attacks. The Bengals stop unit has also had its moments of weakness and has yet to face a QB of Rodgers’ caliber. Get the Over now before it crosses the 50-point plateau.

Baltimore battled for 23 hard-fought points against the Broncos defense, playing its second straight game on the road in the thin air of Mile High this Sunday. But a homecoming and an extra day off will put some pep in the step of Lamar Jackson and this offense, which is getting healthier by the day.

Indianapolis managed to score 27 points on the Dolphins defense Sunday for its best offensive outing of the season. This offense was behind schedule coming into the regular season due to injuries but is also on the mend and finding its form in a balanced run-pass playbook.

The total for the Week 5 Monday nighter opened as big as 48.5 but is down to 48 points with some books dealing the Under -115. If you like plenty of points for the Week 5 finale, wait it out and see if this goes to 47.5 or lower before betting the Over. 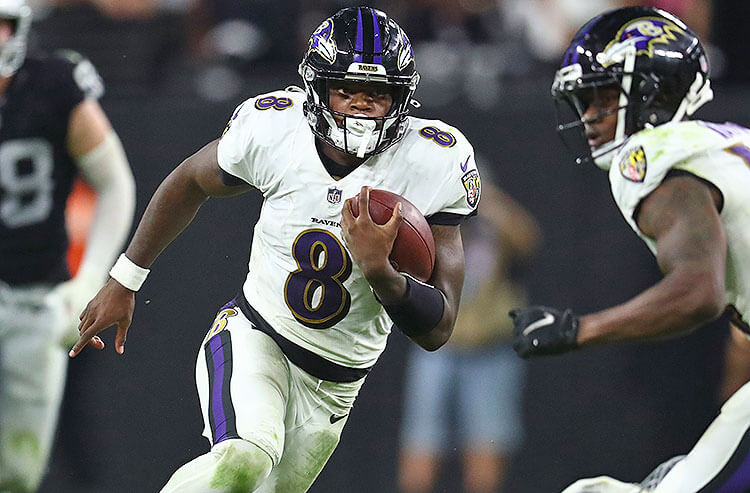 NFL Week 5 Bet Now or Bet Later: Wait Out Ravens/Colts Total Before Hitting the Over
Provided by