With the dust settled on the divisional round, NFL conference championship odds are up, and several betting factors are already in play. That includes the typical injury information, and it's very big information this time around, with Kansas City Chiefs quarterback Patrick Mahomes in concussion protocol

This week’s NFL Cheat Sheet serves as one-stop shopping for that information and more. Covers checks in on NFL conference championship game injuries, weather, consensus picks, Pros vs Joes and more. Check back throughout the week for NFL injury updates, popular picks, and notable contrasts between sharp bets and public money.

However, that was already expected by oddsmakers. Shortly after the Mahomes update, the Chiefs remained -3 and the total remained 54 at The SuperBook. Kansas City opened -4 at halftime of the Browns-Chiefs game, when Kansas City led 19-3. The line was taken off the board after Mahomes got hurt, then went back up postgame at Chiefs -2.5 and quickly moved to -3. The line went to -2.5 for several hours Tuesday, then returned to -3. The total initially opened at 56, reposted at 51 and shot to 55.5 Sunday evening. By Monday evening, it was down to 53.5, and on Wednesday, it inched up to 54, then reached 54.5 Saturday.

"Mahomes is going to play, but if he had been knocked out completely, the Bills would be a decent favorite. More than a field goal," SuperBook executive director John Murray said. "Some of our guys in the room made it Bills -7. I think that’s a little extreme, but it gives you an idea of just how much of a drop-off there is from Mahomes to (Chad) Henne."

Clyde Edwards-Helaire (ankle/hip) is expected to play, but fellow running back Le'Veon Bell (knee) and wideout Sammy Watkins (calf) are unlikely to play. However, that didn't impact the line at The SuperBook, as the Chiefs remained -3 Sunday morning.

Buffalo Bills: Wideout Stefon Diggs (oblique) was listed as questionable Thursday, but he had no injury status Friday and is good to go. And wideout Cole Beasley (knee) also had his questionable designation dropped Friday. The Bills have been stable as 3-point underdogs since Tuesday night at The SuperBook, though on Friday, Buffalo shifted from -110 to even money at the +3.

Tampa Bay Buccaneers: Wideout Antonio Brown (knee), injured during Sunday's victory at New Orleans, on Friday was announced out for Sunday's NFC Championship Game at Green Bay. However, The SuperBook's line remained Bucs +3.5 Friday, pretty much where it's been all week, save for a short time Sunday at the opener of +4.5 and a few hours Tuesday at +3. "He's not someone who moves the number at this point," SuperBook executive director John Murray said.

The Bucs also will be without safety Antoine Winfield Jr., who showed up on the inactive list due to an ankle injury.

Green Bay Packers: Wideout Allen Lazard (wrist/back) was listed as questionable Thursday, but had no injury designation Friday for Sunday's NFC title game against Tampa Bay. Running backs Jamaal Williams (ankle) and AJ Dillon (quad) also had their questionable designations dropped Friday. On Tuesday, the Packers dipped from -3.5 to -3 at The SuperBook, then returned to -3.5 Wednesday, where they've been pretty much all week after opening -4.5.

Buffalo Bills at Kansas City Chiefs: With an evening kickoff in Kansas City, the updated forecast calls for temperatures in the upper 30s. Earlier forecasts projected a much higher chance of rain, but it now looks like the stronger chance for rain is later/overnight, with only a 15-20 percent chance of rain during the game. The total on this clash has been all over the place, mostly due to the uncertain status of Chiefs QB Patrick Mahomes early in the week, though he will play Sunday. The SuperBook initially opened at 56, then the game came off the board due to Mahomes' injury. The total reposted at 51 and quickly moved up to 55.5 Sunday evening, with bettors anticipating Mahomes will play this week. By Monday evening, the total ticked down to 53.5, perhaps in part a nod to possible rainy conditions. The total nudged to 54 Wednesday, then to 54.5 Saturday.

Tampa Bay Buccaneers at Green Bay Packers: The updated forecast for Sunday in Green Bay calls for temperatures in the upper 20s, along with a 70 percent chance of snow and light winds of 5-10 mph. However, the snow is projected to come in the morning, and this game kicks off at 3:05 p.m. ET (2:05 p.m. in Green Bay). The SuperBook opened the total at 51 and nudged to 50.5 Monday morning, then returned to 51 Tuesday, crept to 51.5 Thursday and 52 Friday, then hit 53.5 Sunday morning.

Tampa Bay Buccaneers at Green Bay Packers: PointsBet USA's Wyatt Yearout noted that, not surprisingly, the public is on the Packers and that there's some respected action on the Bucs. "We have more bets and handle on Green Bay, but the line shifted into Packers -3 from -3.5," Yearout said. 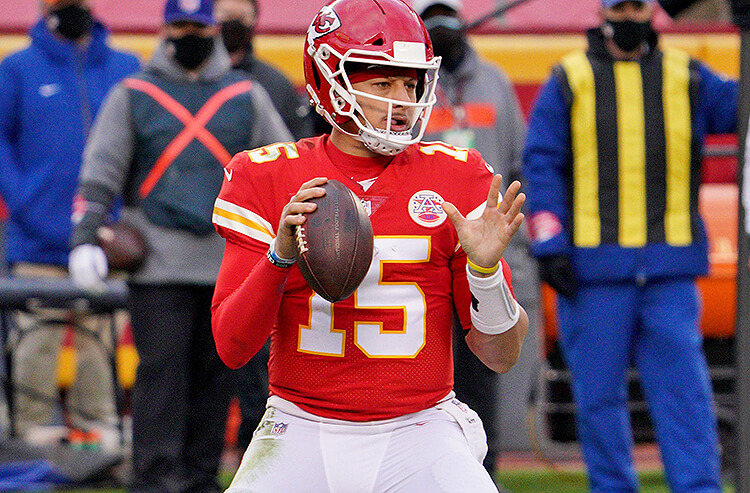 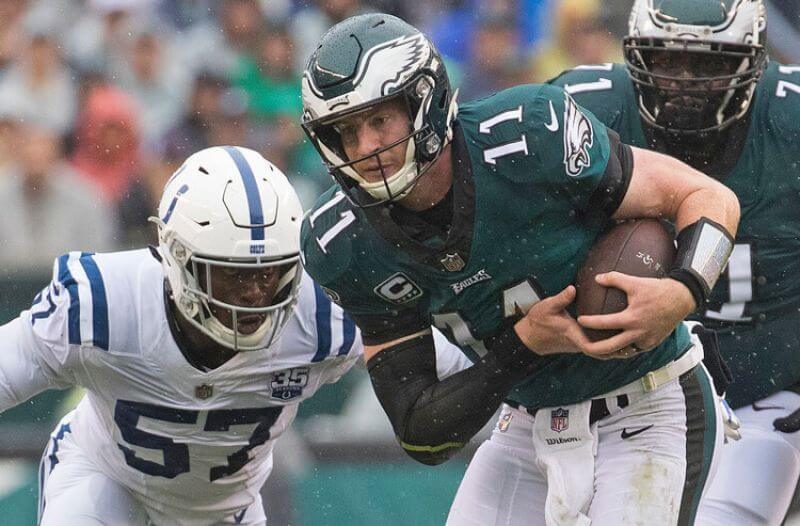