Cleveland's high-octane offense takes on the NFL's top defense when the Browns host the Indianapolis Colts as 1.5-point home underdogs in Week 5 of the NFL season.

The NFL betting odds are dishing out heaping spoonfuls of points in Week 5. After having just 26 underdogs of six points or more through the first quarter of the schedule, this week’s slate boasts 11 spreads of +6 or higher.

For a column titled NFL Underdogs, that can either be very good or very bad. All those points serve our purposes, but those beefy buffers are attached to some pretty crappy teams. And dogs of six or more are just 10-15-1 ATS so far in 2020.

We start our NFL picks and predictions with the strongest team catching the points in Week 5.

We pegged Cleveland as a live pup in Dallas last week and boy, the Browns didn’t disappoint. This Sunday, they’re back home hosting the Indianapolis Colts and the NFL’s top defense. But let’s stop right there.

I’m not buying into the Colts’ results through four games. Sure, they held Minnesota to 11 points in Week 2, but the Vikings were two games into a new system under their fourth offensive coordinator in four years. Beyond the Vikes, Indianapolis has taken on the Jaguars, Jets and Bears – three offenses that sit near the bottom of the league in scoring.

The Browns did lose RB Nick Chubb to injury but have a more than capable backup in Kareem Hunt, who led the NFL in rushing back in 2017. Cleveland’s offense has been getting better by the week under Kevin Stefanski and keeps opponents guessing with dangerous options on the ground and through the air.

On defense, Myles Garrett is a problem for any offensive line, even one as sound as Indy’s. The Colts have kept Philip Rivers clean for the most part. But again, competition hasn’t brought much pressure, with those last four foes all in the bottom half of the league in sacks. Garrett has five sacks and 14 QB pressures to go along with three forced fumbles in four games. I can't wait to see the expressions on Rivers face after Garrett sacks him for the third time on Sunday (DADGUMMIT!).

This is also a second straight road game for Indianapolis and the early forecast is calling for on-and-off rain on Sunday afternoon, not ideal for indoor Colts.

Jason Garrett hasn’t served much use as the Giants’ new offensive coordinator through four games, but perhaps he has a place as New York’s defensive inside man for Week 5.

The former Cowboys head coach makes his return to AT&T Stadium on Sunday and has to be clapping to himself after watching Dallas stumble out of the blocks without him. The Giants are barely worse than the Cowboys so far but have the makeup and intel to keep this one closer than the 9.5-point spread.

New York had success running the football in Los Angeles last week, spreading the carries around for 136 yards on 25 attempts. That pulled the plug on the Rams offense, chewing up clock and handing the G-Men a healthy 33:17 in time of possession.

When Dallas does get the football, it could find its beloved deep strikes hard to come by. The Cowboys have totaled an NFL-high 22 passing plays of 20 yards or more, however, New York has done a great job limiting those long bombs and has allowed a league-low eight passes of 20-plus in 2020.

Even if the Cowboys look to the ground to settle their slide, the Giants run stop is giving up only 3.6 yards per carry to opponents and slowed down an L.A. rushing game that was chewing up massive gains on the ground in the first three weeks.

Sprinkle in Garrett’s insight into the inner workings of Kellen Moore’s playbook and a dismal Dallas defense, and this is way too much to give a division rival – even a winless one.

Halloween (or whatever COVID-19 has left us of the holiday) is closing in quick, which means it’s the time of year in which we all enjoy a little scare. And what’s scarier than backing Kirk Cousins in primetime?

Cousins and the Vikings travel to Seattle for Sunday Night Football in Week 5, catching a cool touchdown on the road against the 4-0 Seahawks. Since joining Minnesota, Cousins is 3-6 ATS in primetime games including 0-2 SU and ATS in a pair of night games at CenturyLink Field. Like I said, scary stuff.

But if you want scary, trying betting on the Seahawks. The team is 4-0 against the spread this season but has made those backers sweat right through their shorts the past three weeks.

Seattle has the worst – 32nd ranked – defense in terms of total yards allowed and has survived on eye-popping deep balls against sub-par defenses. The Seahawks have played Atlanta (25th), New England (23rd), Dallas (24th), and Miami (31) – all bringing up the rear (along with the Seahawks) in Football Outsiders defensive DVOA.

Meanwhile, Minnesota is finding its footing. The offense is starting to click in Gary Kubiak’s system, with Dalvin Cook crushing would-be tacklers and Cousins coming off his best game of the season. Defensively, the Vikings do the little things right: get foes off the field on third down and turn them away in the red zone.

So, crack open the Halloween candy early (you may not need it anyway) and settle in for a scary Sunday night – no matter which side you’re backing. 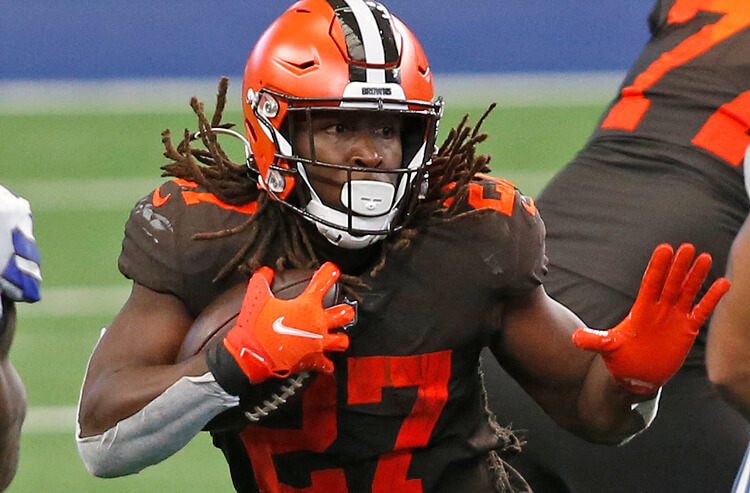