The Covers Staff NFL parlay and teaser picks are back for another week as we roll into Divisional Round action!

Two-time regular-season champion Andrew "Taco" Caley was among several staffers to sting their Wild Card parlay picks - just like the Ravens, our crew is peaking at the right time.

While NFL odds and options for football bets are dwindling, we've taken a deep dive into the remaining points spread, Over/Under and props markets to dig up this week's best NFL picks. Let's see what the Divisional Round has in store...

Of course, the two-time defending champ hit his Super Wild Card Teaser! Don’t be shocked when we keep it rolling in the Divisional Round. McVay does well vs. his protégé. The Bills can't stop Lamar and the Ravens run game. The Chiefs should flip a switch, but we'll play it safe. And those History Channel geezers will put up points.

So close to hitting the three-team parlay from last week with just the Titans letting me down. Rebound time for the Divisional Round, which should give us some great football.

Los Angeles has a tremendous defense and while I think that the Packers will win, it is going to be tight. Baltimore and Buffalo should be a great one and getting almost 10 points with Baltimore is too hard to pass up. KC could light up the scoreboard or just turn it on when they need too, not sure which version shows up versus Cleveland so I’m playing it safe with the Browns. Brady won’t lose to New Orleans three times this season, right? Well, if he does, I think it will be by less than 10 points.

There once was a rising star named Baker,
Who proved to the world he's no faker.
This week will be a test,
As he faces the league's best.
The scoring in this one could be a record-breaker.

This is a simple parlay that involves only two games and 30 total minutes of sweating, but packs a punch in terms of return. Isolating the first 15 minutes for a couple of AFC North clubs, I’m tying Ravens’ 1Q moneyline to the Browns’ 1Q moneyline.

They’re both among the top first-quarter scoring teams over the past three weeks, while their opponents are not. And if Baltimore comes through in the opening frame on Saturday, you have a tasty hedge (if you’re into that sort of thing) on the Chiefs in the first quarter Sunday.

Remember when the Rams lost to the Jets three weeks ago? So do we. LAR does not travel well, and going to Lambeau in the cold is as tough as it gets.

The Bills held Lamar Jackson to his worst game last year - a season in which he would go on to win the MVP. If Lamar struggles again, this Baltimore team will struggle to go toe-for-toe with a real offense.

The Chiefs are a terrible team ATS and went 1-7 ATS to finish the season. Now they have to cover 10 points in a playoff game against the league's best offensive line. No thanks.

Drew Brees will have to pass against the Bucs in order to move onto the Conference finals. Tampa averaged 26 competitions to opposing QBs on the year.

We’re going with a quartet of player props for the Divisional round.

On Saturday: Jalen Ramsey will be stuck to Davante Adams like white on rice, and with the Rams pass rush coming hot and heavy, Aaron Rodgers will likely check down to Aaron Jones if his first read isn’t immediately available. Lamar Jackson only threw for 179 yards in nice weather against a brutal Titans defense. What’s he going to do against the Bills with potential snow?

On Sunday: the Browns finally realized Nick Chubb can be a weapon in the passing game, so I expect them to utilize him more against the high-octane Chiefs, and Tampa stifles opposing run games, so how will the Saints get the ball to stud Alvin Kamara? By throwing it to him, of course!

I was basically the Seahawks of this season's pool, so naturally, I'm questioning things and where it all went wrong. Let's see if we can dig deep for a vintage Russell Wilson-esque clutch close.

The Saints' spread against TB seems small for a home team that dominated the Bucs so thoroughly in their last matchup. Bills are still 8-1 ATS in their last nine, and getting them under a field goal vs. Ravens is enticing. And for my "This Could Go Horribly Wrong" Pick of the Week (patent pending), siding with Over 45.5 in Rams-Packers.

After hitting my three-pick parlay on the weekend with player props let's try to capture lightning in a bottle again!

As amazing a year Davante Adams had, he still had less than 70 yards receiving in seven of his last 13 games and now he gets shadowed by Jalen Ramsey. Mark Andrews should hurt a Bills D that can't defend against tight ends. KC still can't stop the run so Chubb will be a problem, and while I don't think Brady will get shut down by the Saints for the third time this season, I still think his yards total is too high against a strong New Orleans pass defense.

Went for it all last weekend with a six teamer, only to be let down by the Steelers on the final leg. This week, going with the four teams that I think win, all on the Moneyline:

- Green Bay beats L.A. as offense beats defense in today’s NFL.
- Baltimore pulls off the upset as Lamar is set up for an absolute smash spot against an overrated Buffalo defense.
- The rested Chiefs get past Cleveland. Not much analysis here, just that the better team wins.
- Brady beats Brees in the one that matters this season. Remember New Orleans’ two wins came before Tampa’s bye — the Bucs are a different team since then as the offense has finally clicked.

If nothing else this NFL season, I’ve demonstrated why parlays should generally be avoided. But nonetheless, here we go:

Packers -6.5 vs Rams, because Aaron Rodgers and Lambeau Field in January, among other reasons. Saints -3 vs Bucs. A field goal or less at home for New Orleans, and I’m just hoping for a push. Browns +10 at Chiefs, because 10 is a lot of points. And Bills -2.5, on the Saints theory, hoping the home team at a field goal or less is the way to go. But again, I’ve shown it doesn’t matter the reasoning, I can lose these parlays for all manner of reasons. So fade accordingly! 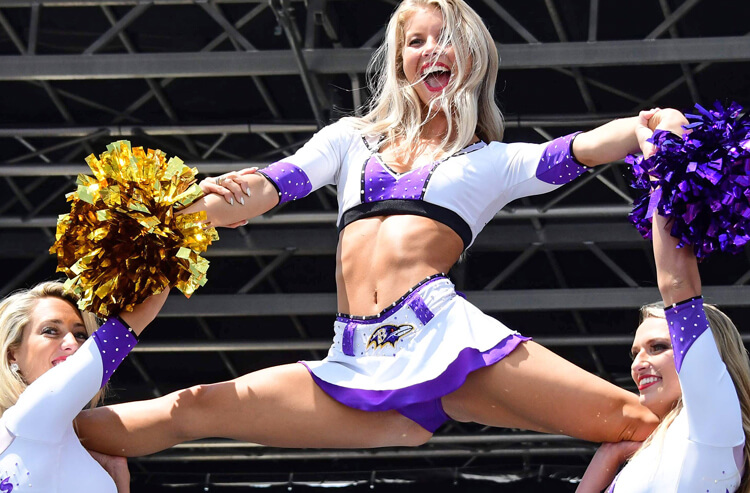 NFL Divisional Round Parlay and Teaser Picks
Provided by