Giants vs Patriots Preseason Picks and Predictions: New York Will Be Motivated Under New Head Coach

Looking to end a history of bad September play, we're banking on first-year head coach Brian Daboll to have New York ready to go in Foxborough against a Pats team that might not play Mac Jones. Read more in our Giants vs. Patriots betting picks.

The first full slate of NFL preseason games gets underway on Thursday night as the New York Giants head to Foxborough to take on the New England Patriots at Gillette Stadium.

Thursday night will be new Giants boss Brian Daboll's first game as a head coach, and he'll look to oversee a rapid turnaround for a proud franchise that limped to a 4-13 record last season.

Find out who has the betting edge in our free NFL picks and predictions for the New York Giants and New England Patriots.

There has been significant line movement for this matchup. The Giants opened as +2 underdogs in most spots, but the line has completely flipped, and they’re now the favorite. Both -2.5 and -3 are available depending on the book. The total opened at 33.0 but has been bet up to 33.5 at most spots, with 34 also available.

A) Giants and Ravens both to win, and 30+ total points scored in each game boosted to +600 at FanDuel! Sign Up Now

The Giants are 5-1 ATS in their last six meetings against the Patriots. Find more NFL betting trends for Giants vs. Patriots.

Giants vs Patriots picks and predictions

The common refrain surrounding NFL preseason football is that “the games don’t matter”. That may be true in some instances, but it’s not accurate to bettors. One could also argue the saying doesn’t apply to the New York Football Giants for Thursday’s preseason opener.

Brian Daboll will be making his first appearance as a head coach and has repeatedly stated recently that live reps are important during offseason preparation. Daboll noted a lack of physical readiness for the season at this point, which is understandable, and he believes that live reps in these preseason games are an excellent way to get his team into the swing of things.

He gave an actionable statement earlier in the week that all healthy players will be suiting up for Thursday night’s game.

Brian Daboll says he expects all his healthy guys to play in preseason opener vs Patriots on Thursday. Thinks it’s “important to play football,” have guys get live reps. Notes it’s his first year and players are learning new system. #giants #patriots

That’s far from the norm for most coaches, but it’s understandable for Daboll considering the circumstances. The Giants have repeatedly struggled out of the gates in recent years, starting seasons 0-2 in each of the last five seasons. For a team that is just 7-30 during September and October in the previous five years, it’s evident to Daboll that the culture needs to shift.

With only three preseason games now, there’s less time than ever to get his team back up to speed. There are new offensive and defensive systems to implement, and that requires live football. The Patriots are a total wildcard in this game, as Bill Belichick has been less than insightful when speaking with the press about his plans for this game.

It’d be a surprise if Mac Jones suited up for this contest, which is an essential piece of information because it throws the rest of the first-stringers into doubt. If the quarterback isn’t suiting up, why would many other key players see the field for an extended period of time?

The Giants are taking these live reps seriously enough for them to earn my bet.

The news about the Giants’ suiting up every player is a good sign for the Over, and is likely part of why the total has jumped half a point in some spots and an entire point in others after opening at 33.

The first team offense is expected to see around a quarter of action. That will fluctuate with some players, but it’s still a positive sign. It’s also not the norm, as star running back Saquon Barkley, for example, has appeared in just one preseason game over his four-year career.

Tyrod Taylor is likely to play during the second quarter, and he’s an experienced option who has completed 61.3% of his passes for 7.0 yards per attempt across his 11-year career.

Davis Webb likely takes the second half after Taylor is lifted. He completed 18 of 28 passes for 143 yards, one touchdown, and zero interceptions last year with the Buffalo Bills during the preseason and is familiar with Daboll’s offense.

The Patriots keep things close to their vest, so it’s a little challenging to know what to expect. If Jones is indeed sidelined, Brian Hoyer and Bailey Zappe will handle the quarterbacking duties. We can have decent expectations for Hoyer considering his experience, but Zappe would be my guess to see the majority of playing time considering his youth.

Zappe deserves his credit as he rewrote the college football record book a year ago, setting the single-season records for passing yards (5,977) and passing touchdowns (62) in his lone season of FBS level football for the Western Kentucky Hilltoppers.

Both sides are likely to see better quarterbacking play than is typical in an NFL preseason game. I think the steam on the Over is warranted, so I’m going to grab Over 33 while it's still being offered.

I’m rocking with the Giants against the spread as my best bet for Thursday night’s game. That seems crazy to say when they’re playing the Patriots, thus is the lovely chaos that is exhibition football.

You can’t handicap preseason games the same as you would the regular season or the playoffs because the simple truth is that they’re far from the same product on the field.

Daboll will be looking to make an excellent first impression and will keep the offense ticking. They’ve been stuck in the mud on that side of the ball, ranking 31st in the NFL with only 15.2 points per game a season ago. Daboll comes from the high-flying Buffalo Bills, where he was the offensive coordinator.

I think it’s safe to believe Daboll when he said his team needs live reps — they’re looking to overhaul this offense and this program as a whole, and they’ll need to make every second of the offseason count. 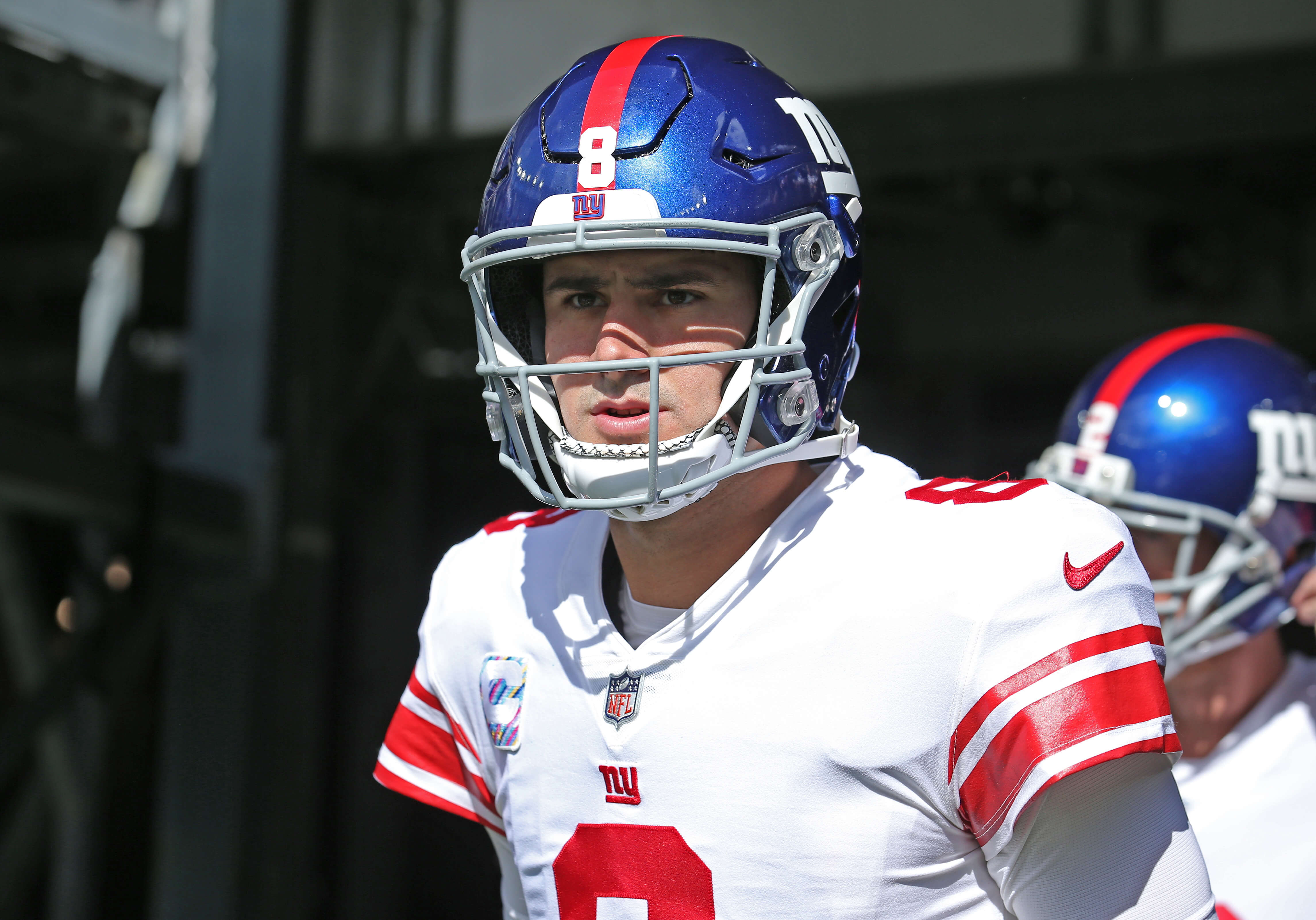 Giants vs Patriots Preseason Picks and Predictions: New York Will Be Motivated Under New Head Coach
Provided by