Among the most ridiculous streaks in sports is Baltimore's 20-game win streak in preseason action, which it carries into 2022. The Ravens won't have Lamar Jackson & Co. in action but our NFL betting picks expect the streak to continue vs. the Titans.

The Tennessee Titans visit the Baltimore Ravens at M&T Bank Stadium, in the second of two games on Thursday to open Week 1 of the NFL preseason.

Baltimore is a behemoth when it comes to preseason football. The Ravens are riding a 20-game winning streak into their meeting with the Titans, while they've gone 12-1 against the spread in the last 13 preseason openers.

Even with Pro-Bowl quarterback Lamar Jackson, All-Pro cornerback Marlon Humphrey, and superstar tight end Mark Andrews guaranteed to rest on the sidelines Thursday, the Ravens are the NFL betting favorite against a Tennessee team shuffling its roster.

Check out our best free NFL picks and predictions for Titans vs. Ravens in Week 1 of the preseason.

The Ravens are 12-1 ATS in Week 1 of the preseason under John Harbaugh. Find more NFL betting trends for Titans vs. Ravens.

Titans vs Ravens picks and predictions

Ravens coach John Harbaugh doesn’t care that these games count for nothing. He’s racked up a historic run of 20 straight victories in the preseason, with his last loss dating back to 2015.

Even with Jackson, Humphrey, Andrews, defensive end Justin Houston, and safety Marcus Williams benched for Thursday, the Ravens can win with second- and third-stringers. Not only have they done so consistently in the preseason, but they were also forced to compete with a number of backups last season after they were bitten by the injury bug, particularly at running back.

Jackson also missed Week 11 due to illness and was out from Week 14 through the remainder of the season because of an ankle injury. Backup Tyler Huntley was called upon in Jackson’s absence and kept Baltimore in the fight each time he lined up behind center.

While Huntley only earned one win as a starter, the four losses Baltimore suffered when Huntley saw significant playing time were all by two points or fewer.

The dual-threat signal-caller also performed well in three preseason appearances last season, including a four-touchdown outing in which he completed 24 of 33 passes for 285 yards in a 37-3 thrashing of Washington in Week 3 of the preseason.

Last preseason, the Ravens won by an average margin of 18 points and will come out swinging on their home field with an experienced Huntley at the helm of the offense.

Behind him on the depth chart is eighth-year QB Brett Hundley, who was last with the Indianapolis Colts, and undrafted rookie quarterback Anthony Brown from Oregon.

The Titans will be working with less experience at quarterback. Ryan Tannehill may go out for a series, but rookie Malik Willis and third-year backup Logan Woodside are likely to do the most work in the offense.

Tennessee also lost both top receivers, Julio Jones and A.J. Brown, in the offseason and picked up Robert Woods, who is still nursing his knee back to full strength from an ACL tear last November.

Rookie receiver Treylon Burks from Arkansas will be looking to prove himself, along with first year running back Hassan Haskins, out of Michigan.

The Titans also had some turnover on the offensive line, so Tennessee may come out especially shaky and struggle to score against the Ravens’ stop unit.

Like Tennessee, the Ravens parted ways with a few key receivers in the offseason, with Marquise Brown ending up in Arizona via trade and Sammy Watkins signing with Green Bay as a free agent. Second-year wideout Rashod Bateman and third-year receivers James Proche and Devin Duvernay have moved to the front of the depth chart with their departures.

While Bateman, Proche, and Duvernay work to get comfortable with their upgraded roles, the Ravens will continue to rely on the ground game, where they ranked third in yards per game last season.

The Titans followed a similar gameplan and were fifth in rushing yards per contest. When Willis, a dual threat, enters the game Thursday, we’re likely to see even more focus on the run game.

Head coach Mike Vrabel announced back in July that 2019 and ‘20 leading rusher Derrick Henry would miss all three preseason games after he sat the second half of the 2021 season with a Jones fracture in his foot.

D’Onta Foreman, who has moved on to the Carolina Panthers, and Dontrell Hilliard featured in the backfield without Henry in the lineup and kept Tennessee’s offense humming. Hilliard will be ready to go on Thursday, but rookie Haskins has a new system to learn at the pro level and could need some time to adjust in his first preseason outing.

Expect a strong focus from both teams on their trademark rushing attacks and a low-scoring battle in Baltimore on Thursday.

The Ravens know they can lean on their backups after last year and should feel confident they can keep their preseason win streak alive, especially at home.

With more to figure out on offense for Tennessee, Baltimore has the upper hand. The Ravens will get a better showing from their quarterbacks and defense, who will exploit an inexperienced Titans offensive line and new personnel at receiver. 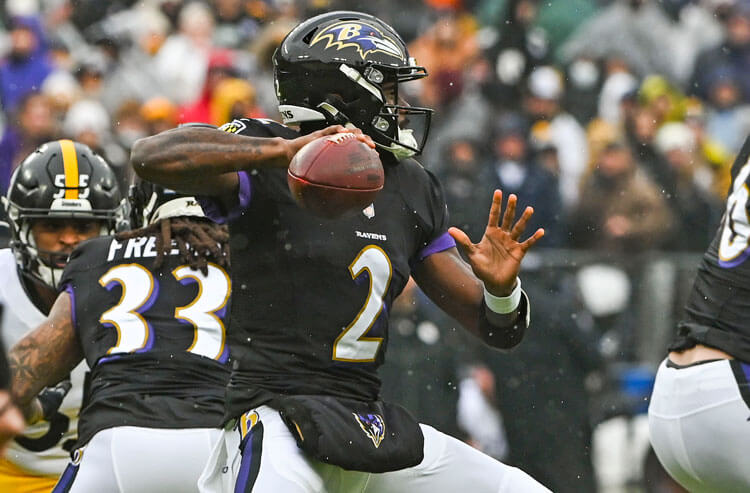