The Dolphins enter TNF as one of the NFL's two remaining undefeated teams. It will soon be down to just one, as the Bengals ought to take down the banged-up Fins. That said, the spread has gone past the key number and the moneyline is the way to go. 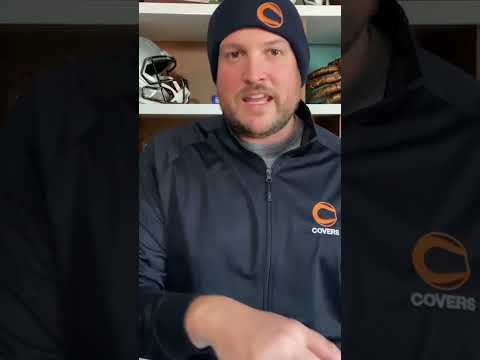 The Miami Dolphins put their undefeated record to the test against the reigning AFC champs when they visit the Cincinnati Bengals on Thursday Night Football to kick off Week 4 of the NFL season.

Miami scored a huge victory over the rival Bills on Sunday despite playing what would normally be losing football. The Dolphins were dominated in time of possession and outgained by 285 yards — yet stiffened when they needed to and came away with a tight 21-19 win.

Cincinnati, on the other hand, avoided an 0-3 start with an impressive performance against the Jets. The Bengals offense was able to put up 27 points in the first three quarters while the defense continued to quietly shine — ranked out No. 7 in Defensive DVOA at Football Outsiders.

We get into the point spread and Over/Under total for Thursday Night Football and give our best NFL picks and predictions for Dolphins at Bengals on September 29.

Dolphins vs Bengals picks and predictions

A letdown spot is looming for the Dolphins, and the betting markets know it. This spread has jumped as much as two points and blown through the key number of a field goal, with some shops dealing Cincinnati as high as -4.

Not only is Miami coming off its biggest win in a long time, but Week 3’s victory over the Bills was taxing. The temperatures in South Beach flirted with triple digits, leaving this team running on empty entering Week 4. Now, the Fins must travel to Ohio and do so with a long injury report.

Quarterback Tua Tagovailoa headlines an injury list with head/back/ankle ailments and could be down a top target in Jaylen Waddle (groin) as well as starters on the offensive line. Terron Armstead sat out Monday's practice while other linemen were limited with various injuries.

It’s not just the offense dealing with injuries, either. The Dolphins defense is getting thin in the secondary with starting CB Byron Jones already out, CB Xavien Howard battling a groin injury, and starting safety Jevon Holland limited with a sore neck.

Looking at the Bengals, Joe Burrow and the offense got loose against the Jets in Week 3 but still gave up two sacks and left Burrow scrambling more than they’d like. Cincinnati has the passing weapons to shred a depleted Dolphins secondary, but so much depends on if the pass protection can hold up.

Miami defensive coordinator Josh Boyer was very aggressive against Buffalo, dialing up extra pass rushers on 29% of Josh Allen's dropbacks. The Fins scored four sacks and enter Week 4 ranked No. 3 in ESPN's pass rush win rate (53%). The Bengals' new-look offensive line sits 29th on the opposite side of that metric (50% in pass block win rate).

Cincinnati’s defense has kept the team competitive to start 2022, ranking in the Top 10 in many advanced metrics, including No. 5 in EPA allowed per play. That said, the Bengals have butted heads with rival QBs Mitchell Trubisky, Cooper Rush, and Joe Flacco. A healthy Tua is a major step up in competition.

With this spread climbing, the best spread in favor of the Bengals is long gone. Given the public perception surrounding the Dolphins (see early Covers Consensus numbers), this could come back down closer to kickoff but Miami's injury updates could work against any late money.

These mid-week matchups breed weird results. While I think Cincinnati is the right side, I’m cautious to lay the points on the other side of a field goal with a Bengals team that’s been a far cry from 2021’s run. We avoid any Thursday silliness and keep it simple, scooping the Cincinnati moneyline.

The outright price on Cincy sits between -182 at Circa and -205 at some respected offshores. Shop around for the lowest Bengals moneyline you can get.

The look-ahead line for this AFC showdown was set at Bengals -3.5 back in the summer. Despite Miami’s hot start and the Bengals going 1-2 to open 2022, this official line opened just a touch lower at Cincinnati -2 on Sunday night.

Early money jumped all over the home team under the field goal and raced this spread all the way to Bengals -3 by late Sunday night. Money continued to come in Monday morning and tacked on an extra half point to Cincy -3.5.

On top of injury concerns for Tagovailoa, the betting markets are banking on a letdown from the Fins. Miami is coming off a massive win for the division race in Week 3 and now must travel on a short week.

That opinion kept cash coming in on Cincinnati on Tuesday, with books jumping to -4. According to Covers Consensus, just 42% of picks are backing the Bengals but books took bigger money on the host from sharper players in the first 48 hours of action.

This look-ahead total was as high as 46 points in the summer and the official Week 4 opening Over/Under hit the board as high as 48.5 points on Sunday night.

The depth chart for the Dolphins offense is littered with questionable starters for Thursday night, namely Tagovailoa, Waddle, and a number of starting offensive linemen. That has early money pushing this total down with play on the Under.

Sizing up these offenses, both have underperformed to expectations so far in 2022. Miami put up 44 points in Week 2 but that eruption was bookended by efforts of 20 and 21 points. Cincinnati was plagued by bad pass protection in the opening two outings, managing only 17 and 20 points.

As of Tuesday afternoon, the number is as low as 46.5 points at many respected online operators. According to Covers Consensus, 60% of early picks are on the Over but books are respecting the bigger bets on the Under made earlier in the week.

The Dolphins went 7-5 straight up and 8-4 ATS when getting +4 or less in three seasons under former head coach Brian Flores. The Mike McDaniel-led Dolphins have continued that success at 2-0 SU/ATS as a dog of +4 or less in 2022. Find more NFL betting trends for Dolphins vs. Bengals.